My Alarm Clock is an Android app that has been around for years now, and has become an Editor's Pick fro ma Top Developer in the Play Store with over 100,000 installs. Designed as a more functional, yet still easy-to-use alarm clock for Android, as well as a cool and customizable desk clock it's the sort of app that will appeal to those looking for something extra on top of their stock clock app. My Alarm Clock allows users to create as many alarms as they want to, all of them with the option to play your favorite music in the morning. With fade-in options, easy repeat options and a whole lot more to the alarm side of things, this is a classic alarm clock app. Speak of clocks, My Alarm Clock is an app that features a number of good-looking clock designs for people to use as either desk clocks or nightstand clocks depending on what they want to do with the app.

Users in the market for a third-party alarm clock app can download My Alarm Clock from the Play Store. There are both free and paid versions of the app. The former works, but does not feature all of the same features as the latter. Regardless of which you choose to download and install, the app will ask you for permission to a few things, as well as inform you of a privacy policy. 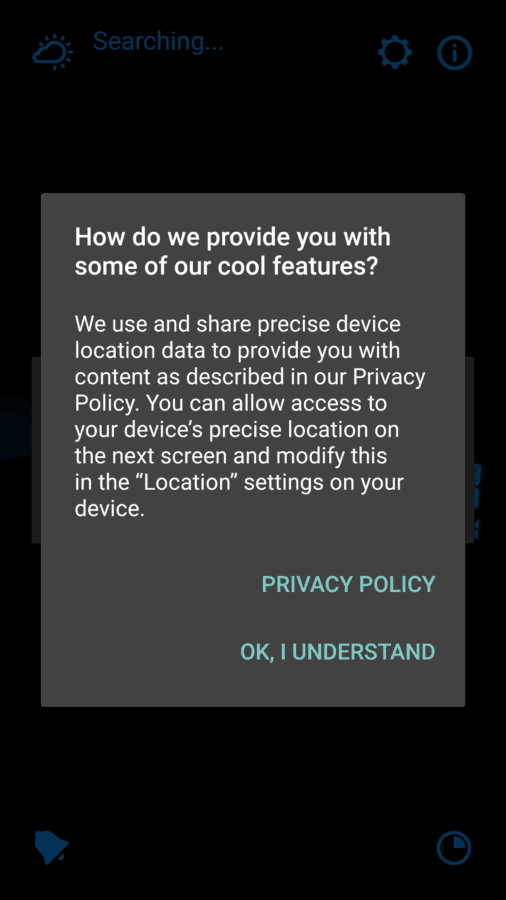 I thought this was pretty strange for an app that was simply designed to make sure I get up on time as well as tell the time, but it is pretty easy to take a look at their terms and conditions. In the long run, it appears as though the location permission is allows purely to get the right weather on your clock view, which is a pretty standard feature of a lot of apps like this. 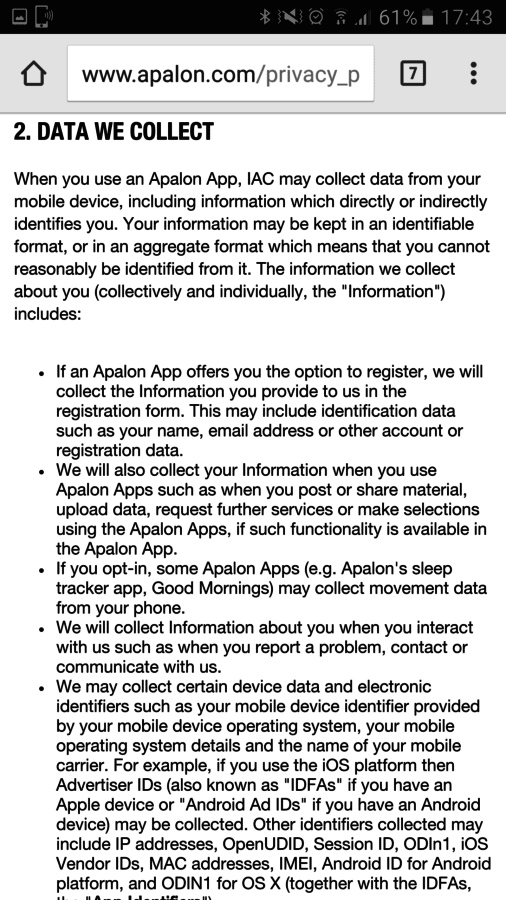 The default look and feel is fairly standard, but it still looks pretty elegant, and while it won't win any awards, it's a decent starting point nonetheless. 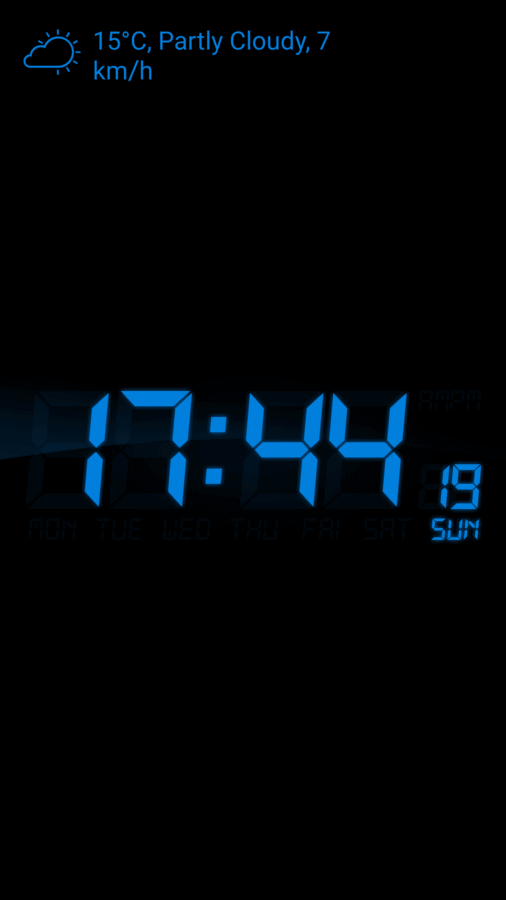 In the settings part of My Alarm Clock is where all of the special sauce is, and it's here that people can go ahead and change all manner of things, including Alarm settings, as well as the different looks for the clock. What's nice about this settings menu is that everything is really nice and tidy and straightforward. 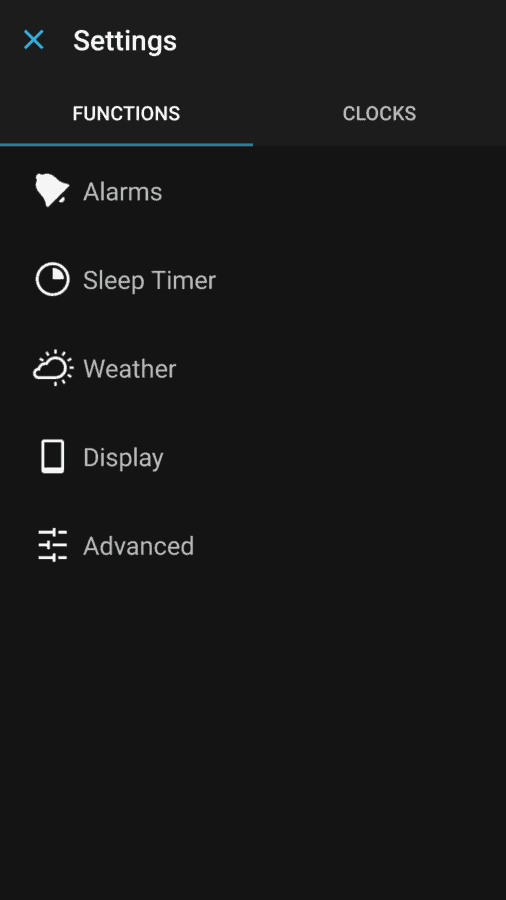 There's a lot of different clock designs to choose from, including the new and futuristic Ultrasonic option. 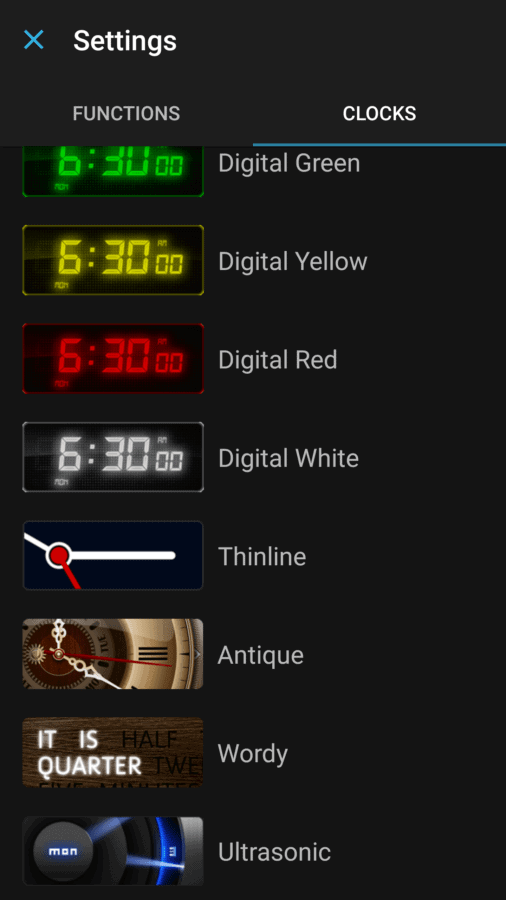 One of my favorites is the word clock, as it fills the screen of my phone, and gets the time across in a pretty unique way compared to other options out there. 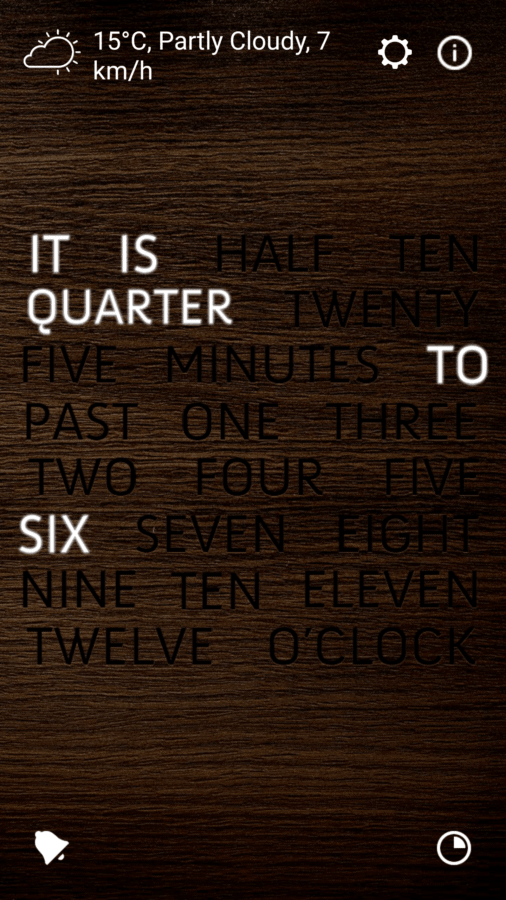 The clock portion is of course only one part of My Alarm Clock, with the other being the alarm side of things. This is pretty great as well, as there's some quality options out there for those looking to get up on time in the morning. 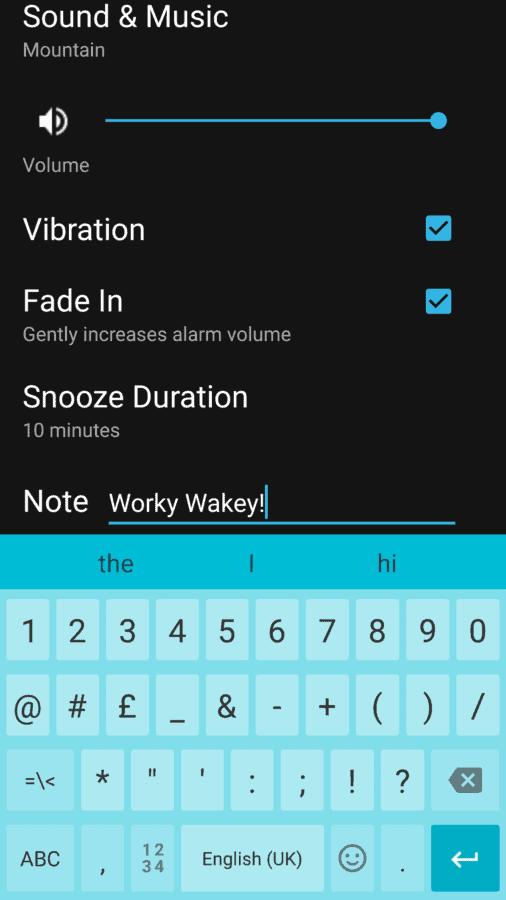 Users can name their individual alarms whatever they want, which makes it nice to have alarms for work as well as play, and setting alarms that repeat is pretty easy and obvious with the quick menu that users are presented with in My Alarm Clock. 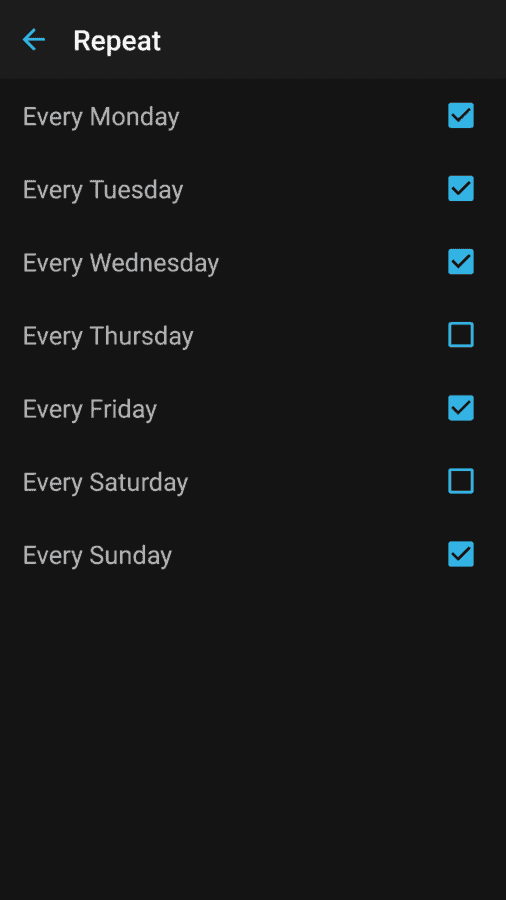 The alarm screen itself is clean and easy on the eye, although some might find it a little too simple to turn off their alarms in the morning, but then again this could be said of the majority of alarm clock apps out there. 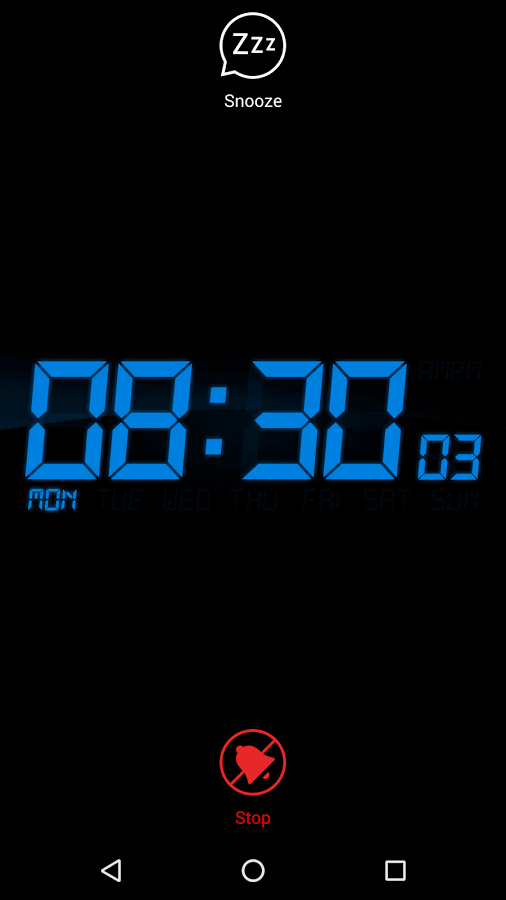 There are some other neat features here in My Alarm Clock, such as the option to wake to up whatever music or sound file you want, so long as the file is on your local storage. 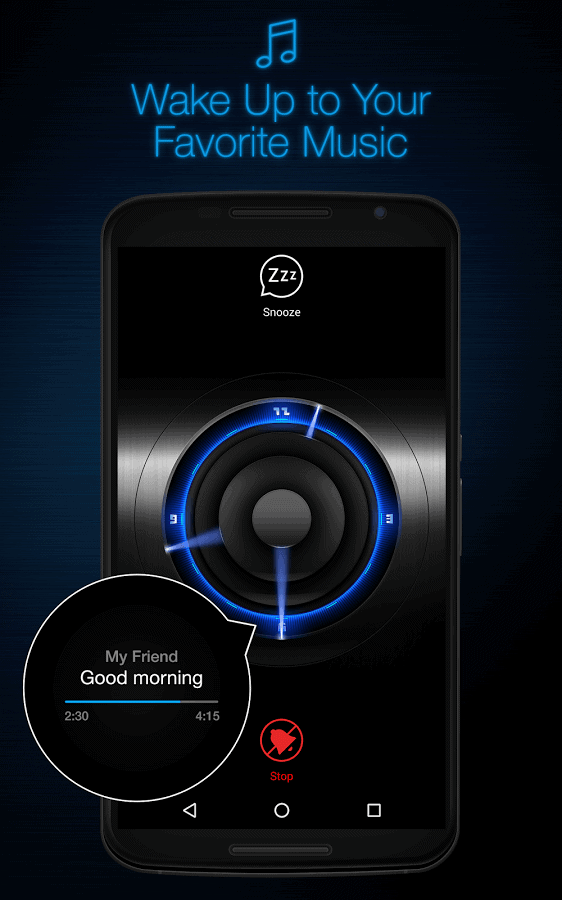 There's also a built-in flashlight as well, which is handy for those times when you need to check out what that noise was, or when it's just a little too far to your nearest light switch. Regardless of what it's there for, it's an interesting addition and one that adds a little extra value. 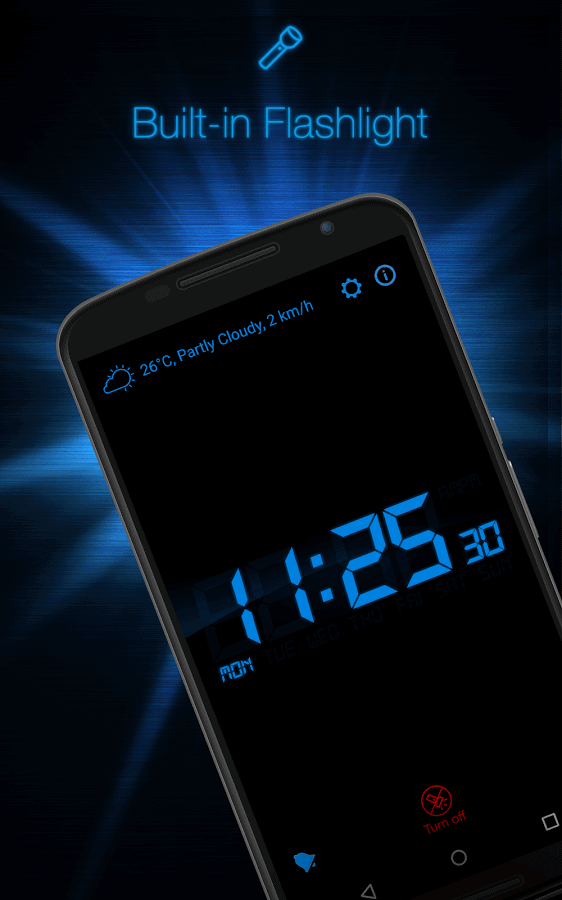 To round all the features on offer here in My Alarm Clock out, there's also a range of different widgets and such to put on your homescreen, too. 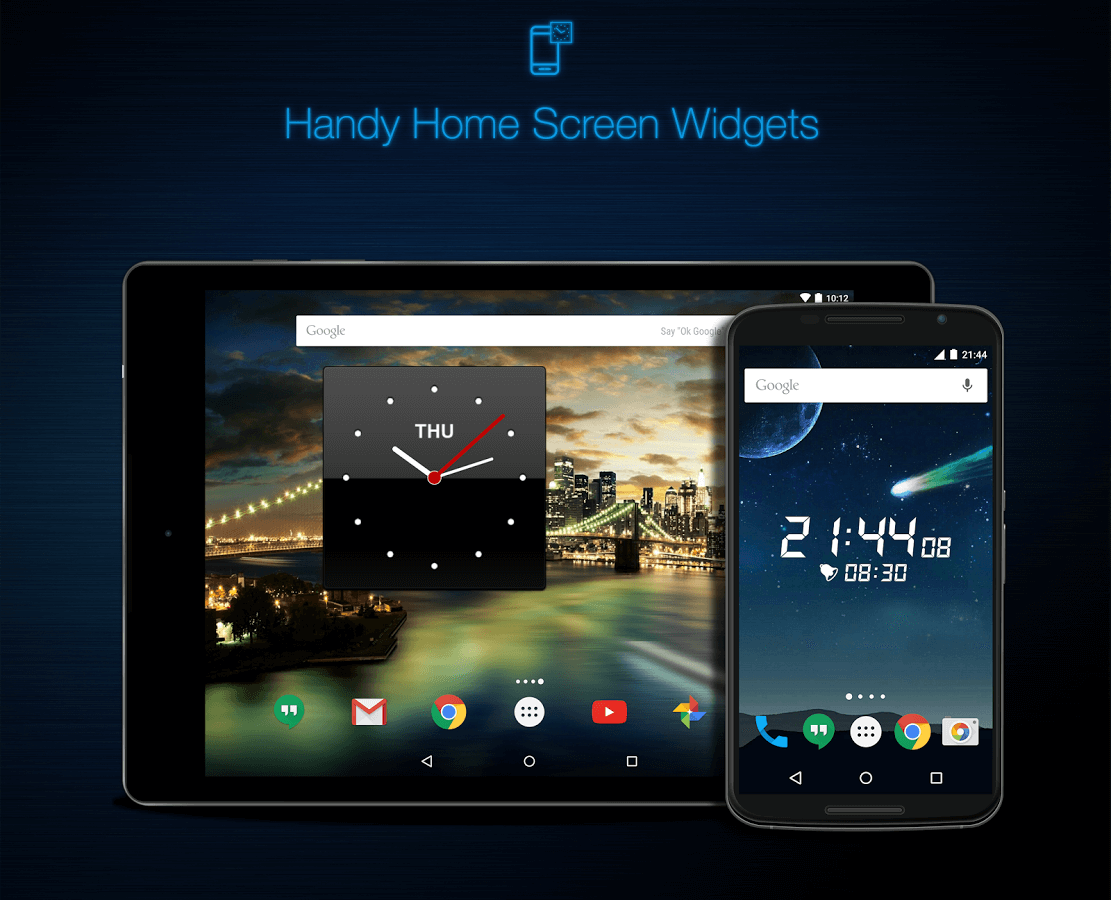 My Alarm Clock is an app that's been around for some time now, and while it might not be the sort of thing that everyone finds themselves in need off, there's a lot to love about My Alarm Clock in general. It features simple and easy-to-use options to set all the alarms you might need or want, including the ability to make sure that they're named appropriately. On top of that, it has a myriad of different alarm clock themes as well as homescreen widgets. It's a simple, yet fully-featured alarm clock app that will appeal to all kinds of users, no matter how tech-savvy they are.