Smartisan is a China-based smartphone manufacturing company some of you have probably heard of by now. This company is not all that popular outside of its homeland, but they do manufacture some really compelling devices. Their smartphones are usually different than the rest of the pack, both in terms of the design and software that comes pre-installed on them. This company had introduced the Smartisan T2 back in December last year, and we’ve had the chance to review that phone and see how interesting it is. In any case, it seems like the company is planning to introduce their new flagship soon, read on.

The Smartisan T2 was the company’s flagship device, and the device we’ll talk about in this article is actually its successor, and it will be called the Smartisan T3. This handset will be announced on October 18th it seems, as the company has now officially announced that they’ll host a press conference on that date. The Smartisan T3 will, allegedly, ship with the Snapdragon 820 or 821 64-bit quad-core SoC, and will pack in 6GB of RAM and 64GB of internal storage. The 16-megapixel snapper will be placed on the back of this smartphone, and we’re looking at Sony’s iMX298 sensor here. Now, as far as its front-facing camera goes, rumors are saying that we can expect to see an 8-megapixel shooter included here. Android 6.0 Marshmallow will come pre-installed on the Smartisan T3, and the company’s Smartisan OS 3.0 will run on top of it. As already mentioned, the company’s Android skin is quite interesting and different than more or less anything you’ve seen thus far, which is something you’re either going to like or hate.

That is more or less all the info we have at the moment, and as you can see, the Smartisan T3 will be a considerable improvement over the Smartisan T2. This handset will be quite a bit more powerful than its predecessor, though we’ll have to wait for October 18th for the company to confirm the leaked specs, as we’re still not sure those will be Smartisan T3’s specifications. In any case, stay tuned, we’ll report back soon, as per usual. 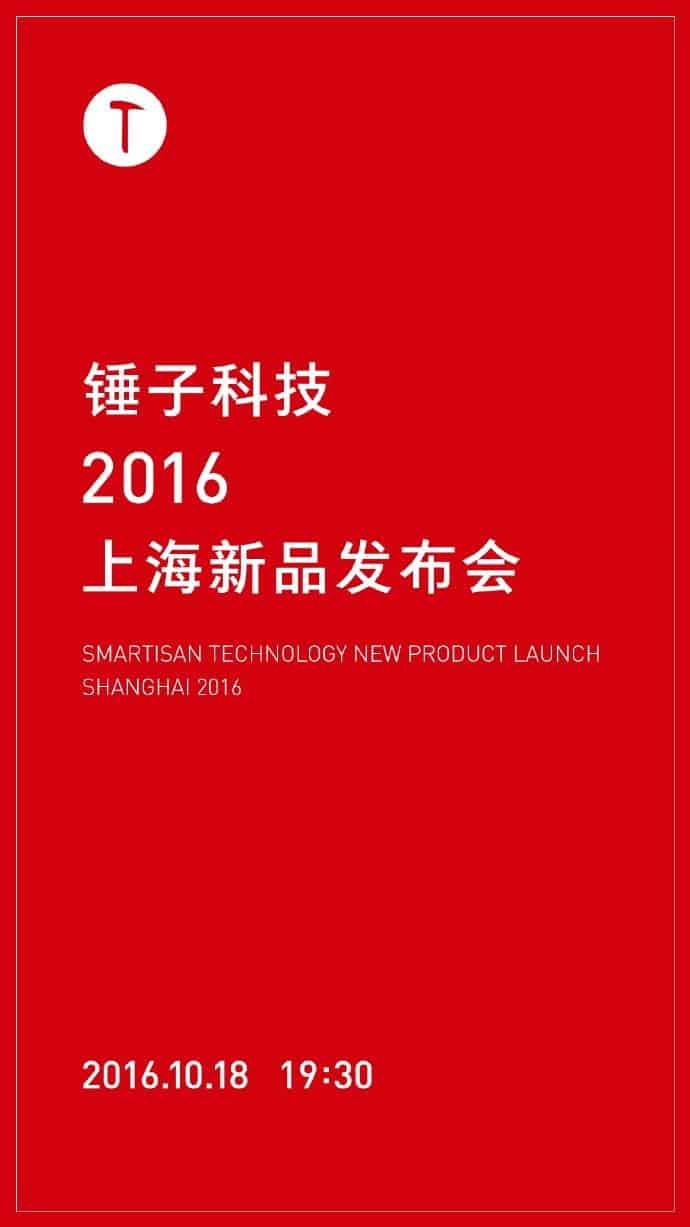