It looks like Samsung’s Galaxy Note 7 fire issues are far from being over. Despite announcing a recall for the Galaxy Note 7 earlier this month, the company insisted that the models sold in China were safe. This is because the Chinese models sported batteries from ATL, versus the other variants using batteries from Samsung SDI, which is where the issue was. At least, that’s what Samsung thought. Now, a Galaxy Note 7 user in China has sent pictures of his smartphone that caught on fire, to CNN Money. Samsung stated that they are currently looking into the case, to be sure that the issue is the same as with other models. There have already been a few cases where Samsung smartphones caught on fire and either weren’t the Galaxy Note 7, or were user issues.

The Samsung Galaxy Note 7 has already caught on fire numerous times in many countries that it was available in. Now it’s not uncommon for a smartphone to catch on fire, it does happen every so often. Usually this is due to the user using a different battery or charger. But in the case of the Galaxy Note 7, there were many more fires and explosions than there should have been. When Samsung formally recalled the device in the US on September 15th, there had already been 92 reported fires in the country from the Galaxy Note 7. That didn’t include the many that happened in Australia, Europe and even their homeland of South Korea.

Samsung’s reputation has definitely taken a pretty big hit after this whole recall thing. The Galaxy Note 7 was reportedly rushed out to beat the iPhone 7. Which it did, but at a pretty huge cost, now. The Galaxy Note 7 had all sorts of great reviews coming out of reviewers and even those that pre-ordered the device. If this fire in China is actually due to the battery, or another internal part in the Galaxy Note 7, this recall for this smartphone may be much farther from being over, than we all thought. Samsung is currently investigating it, and hopefully the results will be known fairly soon. But for now, you may want to stay away from the Galaxy Note 7, even as the “safe” versions are still catching on fire. 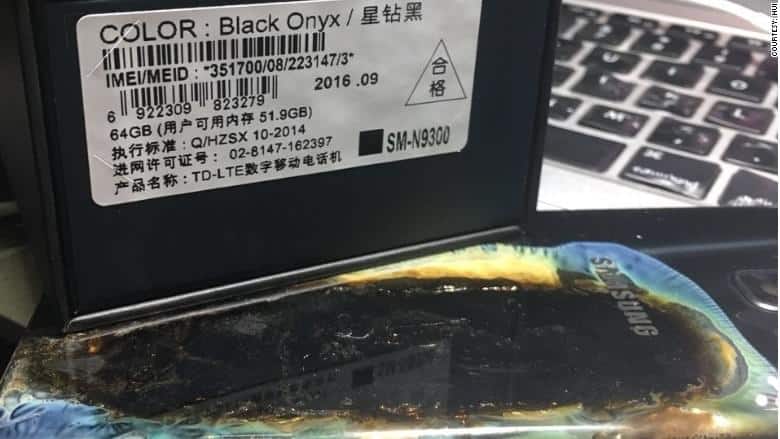