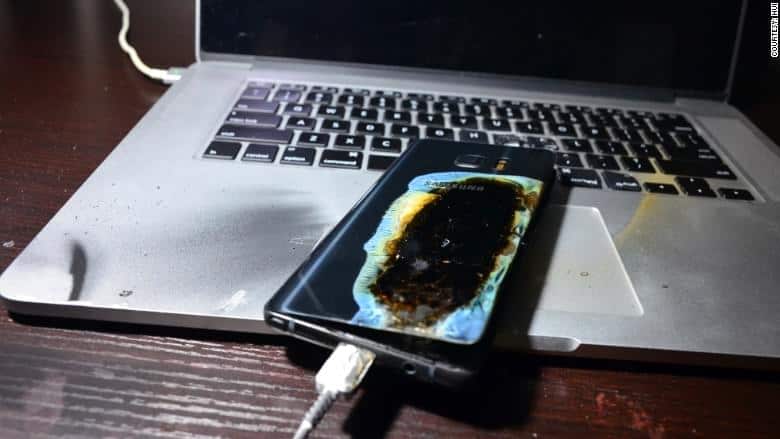 A report regarding this particular Galaxy Note 7 unit surfaced a couple of days ago along with some images of the device, and to make things worse, the device exploded in the Bank of China. Since then, Samsung had launched an investigation into the matter, and the company has now published an official report regarding it. Samsung says that battery had nothing to do with the explosion of said device, and once again reaffirms that all the Galaxy Note 7 units that have been shipped in China come with a fully functioning battery pack, and should work without any issues in that department. Samsung's findings were corroborated by the China Taier Laboratory (CTTL) and Exponent Laboratory. This doesn't change the fact that the phone exploded, of course, but it at least confirms that the battery is not to blame here.

Now, in addition to denying that the battery is to blame for the recent explosion, Samsung also mentions that more than 1 million consumers around the world are now using safe Galaxy Note 7 units, and that 150,000 such units have been shipped to Chinese consumers. The company has also mentioned that you should contact them if you're experiencing any issues with the Galaxy Note 7, especially if overheating is present. That is more or less it, it seems like the battery is not to blame for the latest Galaxy Note 7 explosion, so we wonder what happened? We may never know, but if you do own an older Galaxy Note 7 units which doesn't have a green battery indicator, we advise you to exchange it as soon as possible.