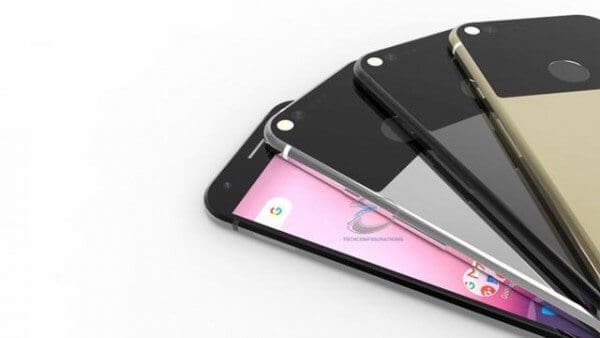 There's been a lot of talk recently about Google's next round of smartphones that they are expected to announce on October 4th. The biggest news was the fact that they would no longer be under the Nexus brand, and instead would be Pixel devices. The current names going around are the Pixel and Pixel XL. Which will be the Marlin and Sailfish codenamed devices, respectively, made by HTC. This morning, it was reported that these two would be the first Snapdragon 821 devices in the US. Now there's some more information about pricing, surfacing.

This rumor is stating that the Pixel XL will cost $649. However, there's no word on whether that is the 32GB model or the 128GB model. If it is the 32GB model, that would put the Pixel XL closer to the likes of the Samsung Galaxy S7, LG G5, and HTC 10, when it comes to pricing. However, if that is for the 128GB model, then that would put it right in line with last year's Nexus 6P (built by Huawei) which started at $499 for the 32GB model and maxed out at $649 with the 128GB model (the 64GB variant was priced at $549). What's also interesting is the fact that it appears Google is sticking with just two storage variants. Which are 32GB and 128GB, leaving out the 64GB model which they offered last year with the Nexus 6P and the year before with the Nexus 6. This is supposedly going to be the case for both the Pixel and Pixel XL smartphones.

Google is also expected to extend their financing options for their smartphones. Last year, they offered financing if you went with their Project Fi service. This year, Google is expected to make it available to everyone. Although no specifics have surfaced just yet. That will likely be announced alongside the new Pixel smartphones from Google and HTC. The rumor mill is still pointing towards an October 4th announcement, and both devices should be available shortly after that. There's no word on whether the devices will be available at carriers, although the rumor mill seems to think that Sprint will offer them.