Do we have a good one for you today – the huge Xiaomi Mi Max takes on the Moto Z Force. Both devices have a solid build and surround themselves with an all-metal design with the Mi Max weighing in at hefty 203 grams. As far as looks go, that is a very subjective topic; however, I would say the Moto Z Force has better looks and also the possibility of changing its outside appearance with Moto Mods or Backs. Let’s look at just what these two devices have in common, if anything, and then we will take a closer look at each one in hopes that we can determine a winner of this comparison.

The Xiaomi Mi Max and Moto Z Force have very little in common – it all starts with the size difference due to the Mi Max’s 6.44-inch display versus the 5.5-inch Z Force display. The displays do not use the same technology – LCD vs. AMOLED – nor the same resolution – FHD vs. QHD. They both use a Snapdragon processor although very different models – same with the GPU. Both offer 4GB of RAM and both offer expandable memory. The primary camera areas are quite different but take good photos – the Moto Z Force has the edge here. Both devices use a 5MP front-facing camera (FFC) for selfies and video chatting. Both have a fingerprint sensor for unlocking the device, and the Moto Z can also authorize mobile payments. They both use a non-removable battery with the Moto Z Force incorporating quick charge. The have the usual suspects – WiFi. Bluetooth (v4.2 in the Mi Max and v4.1 in the Z Force,) GPS, and a USB port – v2.0 microUSB on the Mi Max and Type-C reversible plug on the Z Force – for charging and data transfer. 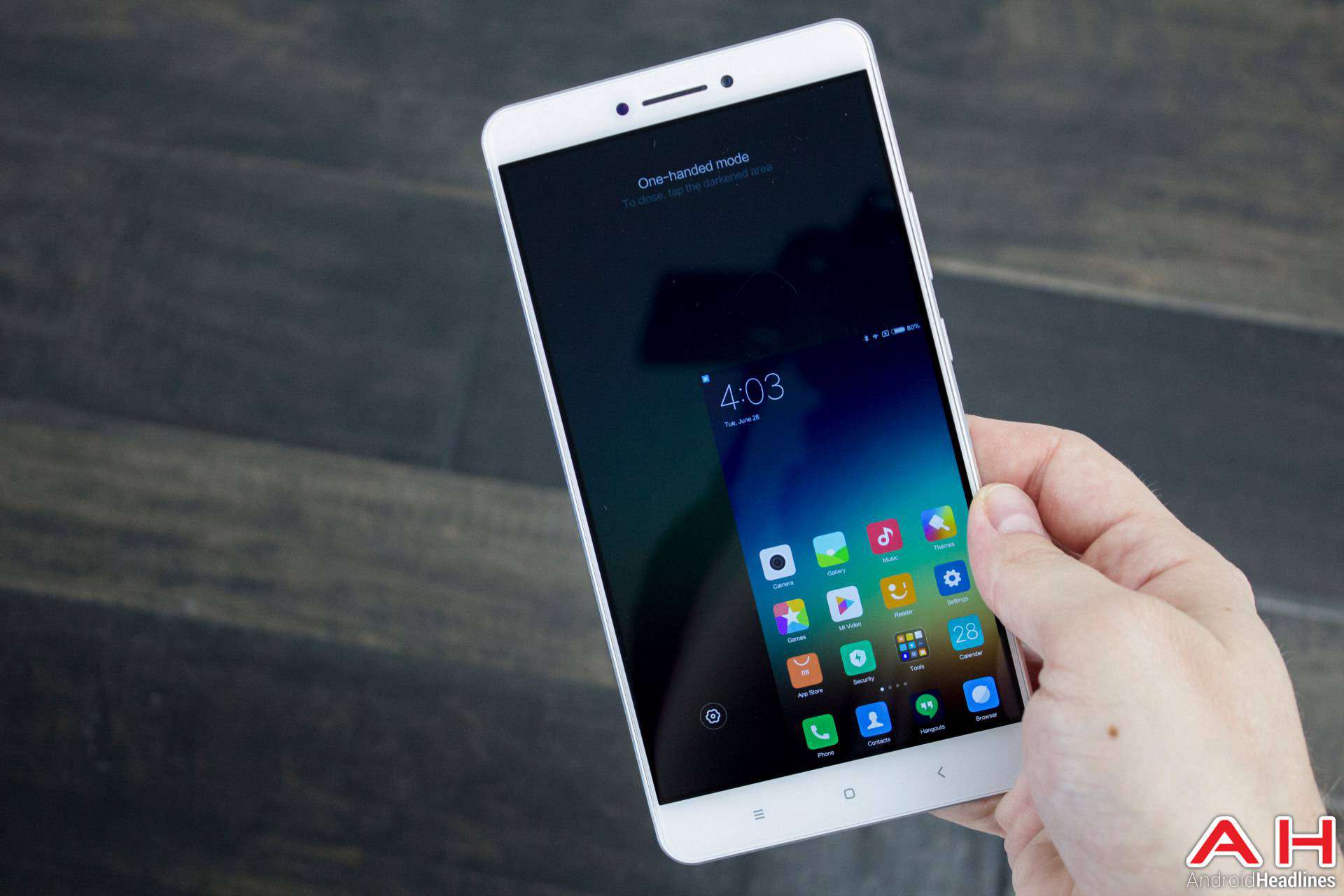 We are looking at the Xiaomi Mi Max model with 4GB/128GB to make it a more fair comparison with the Moto Z Force. It is more like a tablet than a phone with its huge 6.44-inch display, but with a price tag of less than $400, it is too cheap to pass up a look. The Xiaomi Mi Max is an all-metal design and has a solid build quality for a device this size and price. It measures 173.1 x 88.3 x 7.5mm and weighs in at a hefty 203 grams, although the large battery causes some of that weight. Does this rather large, mid-priced phablet have what it takes to stand up to the new Moto Z Force?

The Xiaomi Mi Max sports a massive 6.44-inch IPS LCD FHD display with a resolution of 1920 x 1080 pixels and 342 pixels-per-inch (PPI.) It packs a Qualcomm Snapdragon 652 octa-core processor with a quad-core clocked at 1.4GHz and a quad-core clocked at 1.8GHz. A capable Adreno 510 GPU handles graphics, and it packs 4GB of RAM and 128GB of expandable internal memory via a microSD card.

The main camera uses a 16MP sensor with phase detection autofocus (PDAF,) a dual-tone LED flash, and an aperture of f/2.0. A 5MP with a f/2.0 aperture handle the FFC for selfies and video chats. It packs a large non-removable 4850mAh battery for power that will last you all day long.

The Xiaomi Mi Max has its fingerprint on the back of the device that can be used strictly for unlocking the device. It also includes an FM Radio and IR Blaster. It looks like there are dual speakers on either side of the microUSB port, but only one contains a speaker with mediocre sound. Remember, this device was not made for the US market, but is still usable on 3G, and there is no NFC for mobile purchases. Both models ship in black, white, and gold colors. The Mi Max is now running MIUI 8, which runs atop Android 6.0 Marshmallow. The price for the 4GB/128GB will vary, but is close to $400.

The first thing people notice about the new Moto Z Force is the price tag – but people are not used to seeing a Moto with such high specs. It has a large battery, the ShatterShield display, a terrific camera, and the ability to add Moto Mods. The Moto Z Force is an all-metal design with a solid build and certainly is a flagship in every sense of the word.

The Moto Z Force sports a 5.5-inch AMOLED QHD display with a resolution of 2560 x 1440 pixels and 535 PPI. The display features Moto’s ShatterShield – improved from last year – that is a 5-layer design that protects breakage of the screen. Lenovo grabbed the best processor it could – the Snapdragon 820 quad-core with dual cores clocked at 1.6GHz and dual cores clocked at 2.15GHz coupled to an Adreno 530 GPU to handle the most intense graphics you can find. The Z Force packs 4GB of DDR4 RAM and offers 32GB of the faster UFS 2.0 internal memory that is expandable via a microSD card.

The primary camera on the Z Force uses a 21MP sensor with a large aperture of f/1.8, laser and phase detection autofocus (PDAF), a dual-tone flash, and OIS. It uses a 5MP FFC with a f/2.2 aperture and even throws in a LED flash for selfies and video chatting. The Moto Z Force uses a large 3500mAh non-removable battery but comes with one of the fastest chargers available – it can charge the Moto Z Force battery up to 50-percent in only 20 minutes. A Moto Mod will increase the battery by 2200mAh and can even add wireless charging capabilities as well.

The Moto Z Force does lack a 3.5mm earphone jack that could be a real pain for some people. Since it does not include the standard 3.5mm headphone jack, it handles headphones via an adapter that plugs into the Type-C reversible port to accept earphones – it does produce a better sound, but you have to remember to carry around an adapter. The other significant factor is that it can utilize Moto Mods that can add features to your device as well as covers for the back to help customize its looks. We also need to remind you that the Z Force is a Verizon exclusive – also a pain for some people. It measures in at 155.9 x 75.8 x 7mm and weighs in at 163 grams. It comes in four colors – Black/Gray, Black/Rose Gold, Black/Gold, and White with pricing at $720 exclusively on Verizon.

There is no doubt that the Moto Z Force is the winner of this comparison – it has a better display, ShatterShield display, better processor, better GPU, better camera area, NFC for mobile purchases, faster memory, and fast charging battery. Of course, all of this comes with a high price tag and it is a Verizon exclusive.

The Xiaomi Mi Max could be your selection if you go strictly by price or want a huge display. You will not be able to make mobile payments with the lack of NFC, LTE usage in the US is almost not existent – 3G is about the best you can hope for, and the camera is just okay. You can save a bundle, but the Mi Max just does not seem like a complete package to use in the US.