Do we have a good one for you today – the Lenovo Moto Z Force takes on the Honor 8. Two of China’s giants in electronics battle it out in our comparison test. The Moto Z Force is a solid, all-metal device that can add Moto Mods – a modular attachment that enhances the Z Force’s capabilities – and Moto’s attention to specifications. The Honor 8 is reminiscent of the Galaxy S6 lines and construction with 2.5D glass used on the front and back and all wrapped up with a metal frame. Both devices are the definition of a flagship device. Let’s look at just what these two devices have in common, if anything, and then we will take a closer look at each one in hopes that we can determine a winner of this comparison.

There are not many specifications these two devices have in common. The display on the Moto Z Force is slightly larger that makes the physical dimensions larger as well as adding 10 grams to its weight. They both use an AMOLED display, but the resolution is different. They both use top-notch processors but from a different company. They both pack 4GB of DDR4 RAM and 32GB of expandable memory. The camera areas are designed differently, yet each produces excellent photos. Both have a non-removable battery with rapid charge capabilities. They each have a fingerprint sensor for unlocking the device or authorizing mobile payments. The Moto Z Force and Honor 8 have the usual suspects – WiFi, Bluetooth (v4.1 on the Moto Z Force and v4.2 on the Honor 8,) GPS, NFC, and the new Type-C reversible port for charging and data transfer. 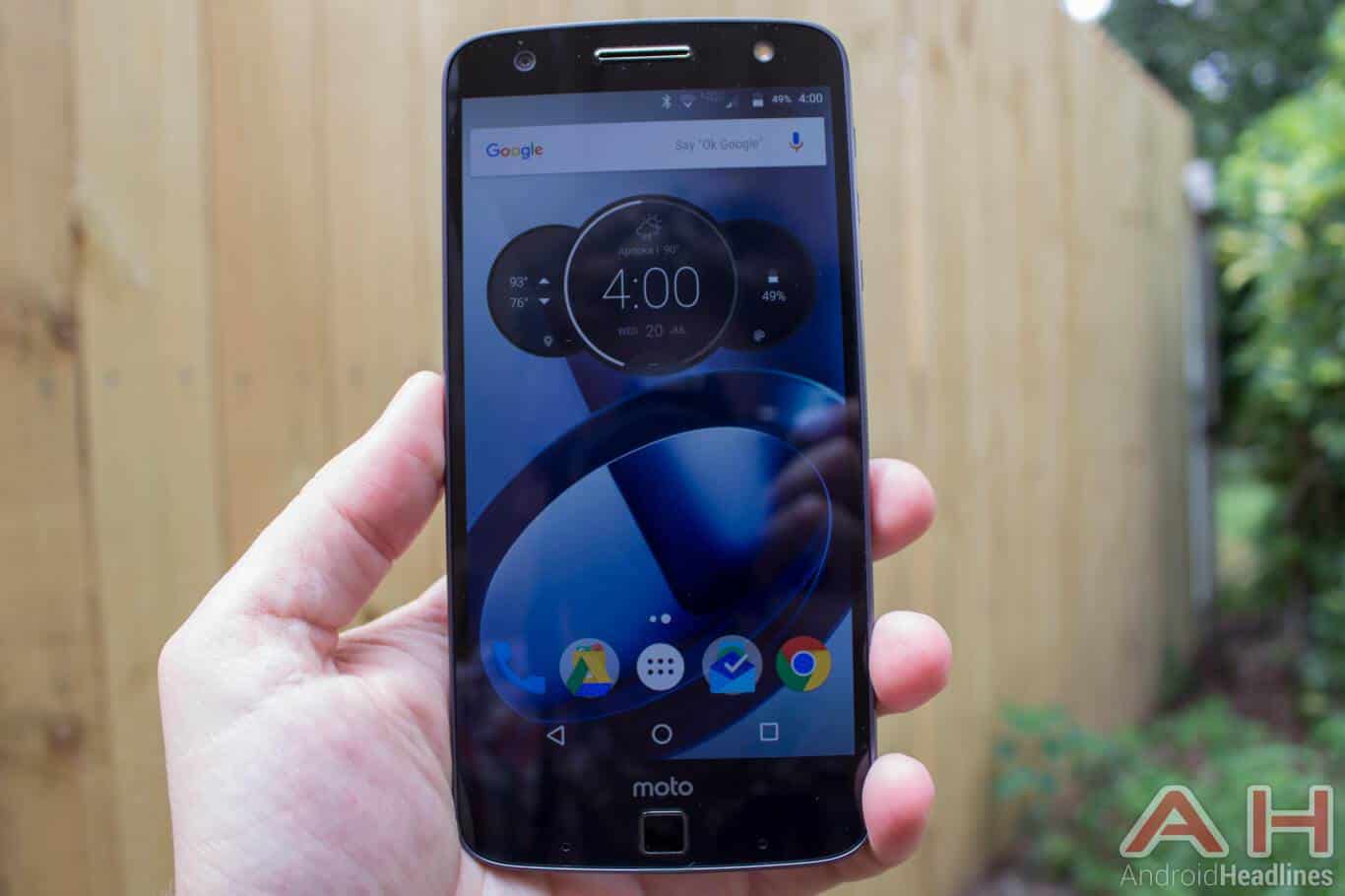 Many people were afraid when Lenovo purchased Motorola’s smartphone division from Google. They were worried what Lenovo would do with their precious Motorola brand. It seems that we can rest assured that Moto is in good hands based on their latest Moto Z offering. The prices are higher, but then Moto customers are just not used to seeing a Moto smartphone with such high specs and high camera quality. The higher end Moto Z Force has a large battery, the ShatterShield display, a terrific camera, and the ability to add Moto Mods. The Moto Z Force is an all-metal design with a solid build, and it gives you the choice of using it ‘as-is’ or with a Mod.

The Moto Z Force sports a 5.5-inch AMOLED QHD display with a resolution of 2560 x 1440 pixels and 535 pixels-per-inch (PPI.) The screen uses Moto’s ShatterShield technology that is a 5-layer design that protects breakage of the screen. Lenovo used the best processor it could by incorporating the Snapdragon 820 quad-core with dual cores clocked at 1.6GHz and dual cores clocked at 2.15GHz. Qualcomm coupled this to an Adreno 530 GPU to handle the most intense graphics you can find. The Z Force packs 4GB of DDR4 RAM and offers 32GB of the faster UFS 2.0 internal memory that is expandable via a microSD card.

For its primary camera, Moto Z Force uses a 21MP sensor with a large aperture of f/1.8, laser and phase detection autofocus (PDAF), a dual-tone flash, and OIS. A 5MP front-facing camera (FFC) with an f/2.2 aperture and a LED flash is used for selfies and video chatting. A large 3500mAh non-removable battery provides the power, and the Moto Z Force comes with one of the fastest chargers available. It can charge the Moto Z Force battery up to 50-percent in only 20 minutes. A $90 Moto Mod will increase the battery by 2200mAh and can even add wireless charging capabilities as well.

Currently, the Moto Z Force is a Verizon exclusive, which will make some people happy and others wince. Another unusual point is that the Moto Z Force does not have a 3.5mm earphone jack. It handles headphones via an adapter (provided with the phone) that plugs into the USB Type-C reversible port to accept earphones. This setup does produce a better sound, but you have to remember to carry around an adapter or switch to using a Bluetooth headset. Another significant factor is that it can utilize Moto Mods that can add features to your device. It also serves to add custom covers for the back to help personalize its looks. It measures in at 155.9 x 75.8 x 7mm and weighs in at 163 grams. It comes in four colors – Black/Gray, Black/Rose Gold, Black/Gold, and White with pricing at $720 exclusively on Verizon. 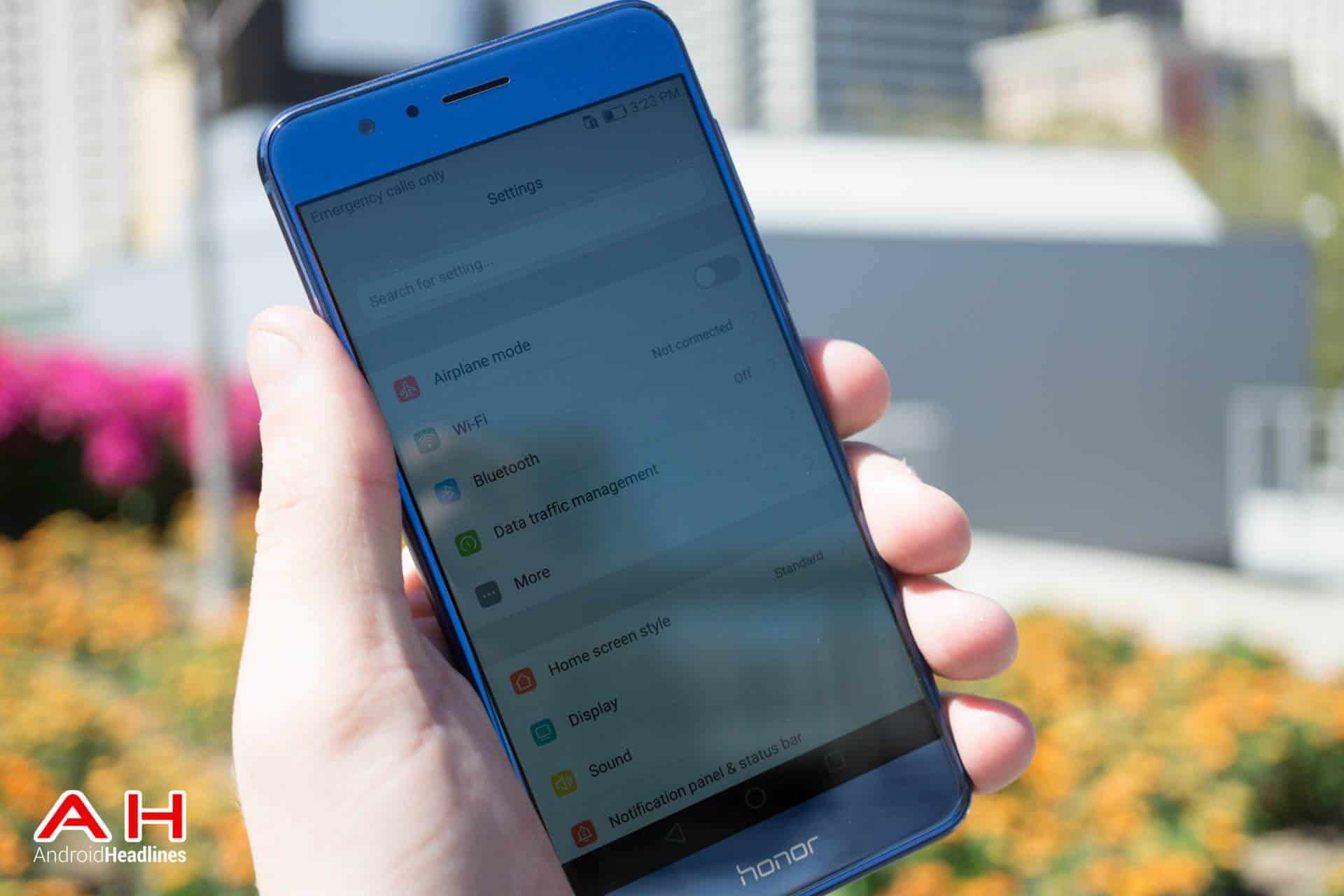 Huawei is making quite a name for itself in the smartphone market, especially after its rendition of the Nexus 6P last year. The Honor 5 was introduced earlier this year and has sold quite well. The Honor 8 is its replacement, and by all accounts, it looks to be another winner. You can only purchase the Honor 8 online, through Best Buy, or at B&H Photo’s website, which is Huawei’s way of attracting the millennial market. The Honor 8 is a beauty and true flagship in every sense of the word. It has glass on the front and the back of the device with a metal frame holding it all together. It comes in a little small at 5.2-inches, but many still like that sweet spot for smartphones. Just how does this $400 flagship stand up to the new Moto Z Force?

The Honor 8 sports a 5.2-inch AMOLED Full HD display with a resolution of 1920 x 1080 pixels and a very respectable 423 PPI. Huawei decided to use their HiSilicon Kirin 950 octa-core processor, with one quad-core clocked at 1.8GHz and the other quad-core clocked at 2.3GHz. It uses a powerful Mali-T880 MP4 GPU for graphics.

Huawei decided to use two 12MP sensors for its primary camera functions. They are supported with laser autofocus, a dual-toned LED flash, and an aperture of f/2.2. The FFC is a large 8MP with a f/2.4 aperture for taking selfies and video chatting. It packs a 3000mAh non-removable battery with their Smart Power 4.0 technology for fast battery charging.

The Honor 8 packs DTS sound for listening through the earphones. The rear-mounted fingerprint sensor also acts as a Smart Key that can be programmed to function with one or two pushes – it can open an app, or turn on your flashlight, among other things. The Honor 8 measures 145.5 x 71 x 7.5mm and weighs in at 153 grams. It is running Android 6.0.1 Marshmallow and can be purchased in Pearl White, Midnight Black, Sapphire Blue, and Gold. It will cost you about $400 online and is an excellent value for what you are receiving. 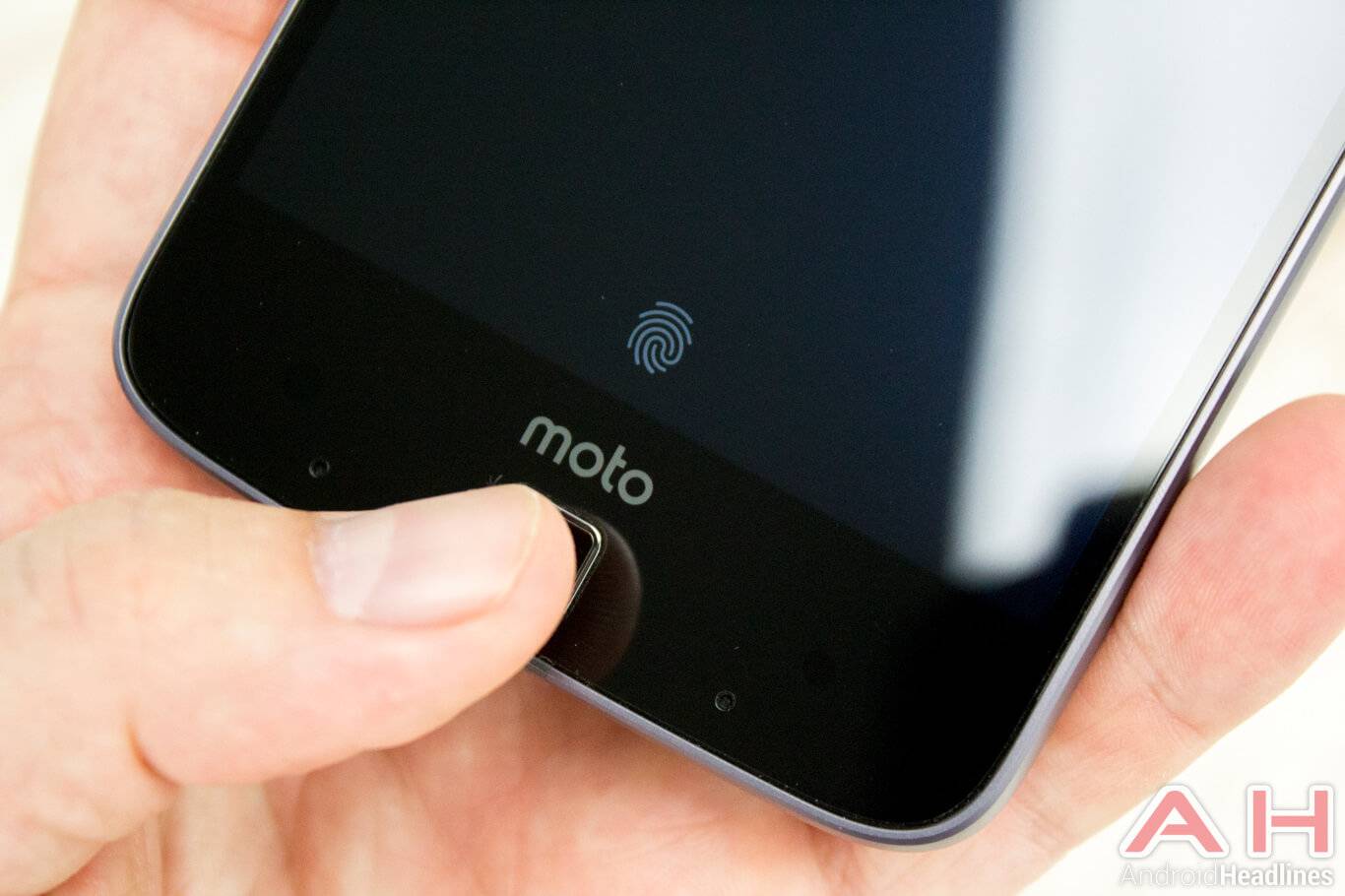 This is tough decision to make, but I am declaring the Moto Z Force as the winner in this comparison. The only place it loses is in pricing while excelling with a larger, QHD display, ShatterShield screen, nano-coating for water resistance, larger battery, Turbo Charging, and the addition of Moto Mods.

While the Moto Z Force is a Verizon exclusive, the Honor 8 only works on the AT&T or T-Mobile network – an advantage or disadvantage depending what network you prefer.

The Honor 8 is an excellent smartphone at a very competitive price, and it may be exactly what you are looking for in a smartphone. The Moto Z Force is as good or better in all areas and offers the flexibility of Moto Mods, but it does cost $300 more. Only you can determine if its extra features are worth it to you.