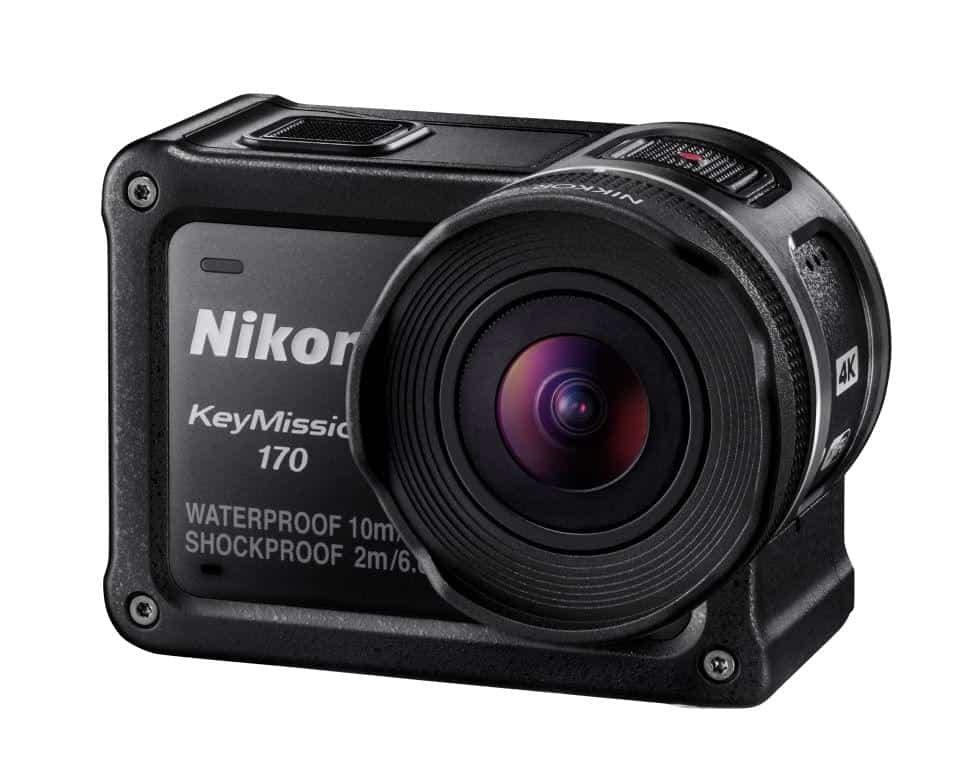 The names of the products relate to the field of view that they are able to capture, so the KeyMission 360 is designed to capture a full 360-degree images using dual lenses. Both lenses have apertures of f/2.0 and are combined with dual 20-megapixel sensors. The camera uses in-camera stitching to combine the images from the two lenses into full 4K video. The KeyMission 170 is more like a traditional action camera, with a single lens design but still capable of capturing a very wide 170-degree field-of-view. It combines an f/2.8 lens with a 8.3-megapixel sensor, and is again capable of recording 4K video. Unlike the KeyMission 360, it does include a rear LCD to act as a live viewfinder and provide playback of your recorded footage. It also includes a remote control accessory. The KeyMission 80 looks a lot like a handheld voice recorder but smaller and is designed to be used as a wearable camera. It's f/2.0 lens and 12-megapixel sensor can't match the 4K production of its siblings but still produces video at Full HD resolution. It also includes a second front-facing 5-megapixel camera with f/2.2 lens for phone-style selfies. It incorporates a small 1.75-inch LCD display, and both Bluetooth and WiFi capabilities.

All three cameras come with a rugged design and are all waterproof, although to varying degrees. They all incorporate electronic image stabilization to help provide smooth footage. They are designed to be used with a new SnapBridge 360/170 app on Android and iOS as well as dedicated editing software on Mac and PC. Nikon claims that the cameras are not intended for sports footage, but rather for everyday use to capture life moments. Nikon may not be aiming it's marketing at exactly the same demographic as GoPro, but with the compact camera market shrinking rapidly it will certainly be hoping for a share of the market that GoPro has so far dominated.