Meizu had released quite a few smartphones this year. This China-based company started releasing their 2016 lineup back in April, when they introduced their Meizu PRO 6 flagship smartphone. That being said, the Meizu PRO 6 might not be Meizu’s flagship for long, as the company is expected to introduce their PRO 7 flagship phablet which will, allegedly, arrive with a curved display, This smartphone is expected to land on on September 13th, and even though Meizu still did not confirm its naming, pretty much everyone expects the device to be called the ‘PRO 7’.

Having that in mind, a new leak has popped up in China, and revealed that the PRO 6s might be in the works. If you take a look at the image down below, you’ll get to see a listing of this smartphone. Now, this could mean that Meizu is preparing to launch a beefed up variant of the PRO 6, or it could indicate that the upcoming flagship phablet might be called PRO 6s instead of PRO 7, though that’s not that likely considering we do expect this phablet to be considerably more powerful than the PRO 6. The upcoming phablet will, allegedly, ship with Samsung’s Exynos 8890 64-bit octa-core processor, and which is the most powerful SoC available at the moment, next to the Snapdragon 820, of course.

We might not know what name will Meizu opt for, but we do know what specifications to expect thanks to many recent leaks, including AnTuTu’s benchmark. The Meizu PRO 6s / PRO 7 will ship with a QHD (2560 x 1440) display, if AnTuTu is to be believed, though we still don’t know how big will that display be (we do expect to see a 5.7-inch panel though). The device will ship with 4GB of RAM and 32GB of expandable internal storage, while Android 6.0.1 Marshmallow will come pre-installed here with Meizu’s Flyme OS available on top of it. The 12-megapixel shooter will be placed on the phone’s back, while you can expect to see a 5-megapixel snapper on the device’s front side. That is more or less it, all we can do now is wait and see what happens. 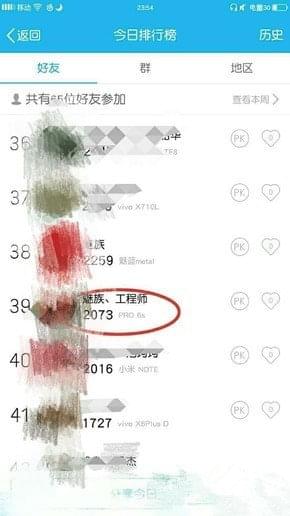