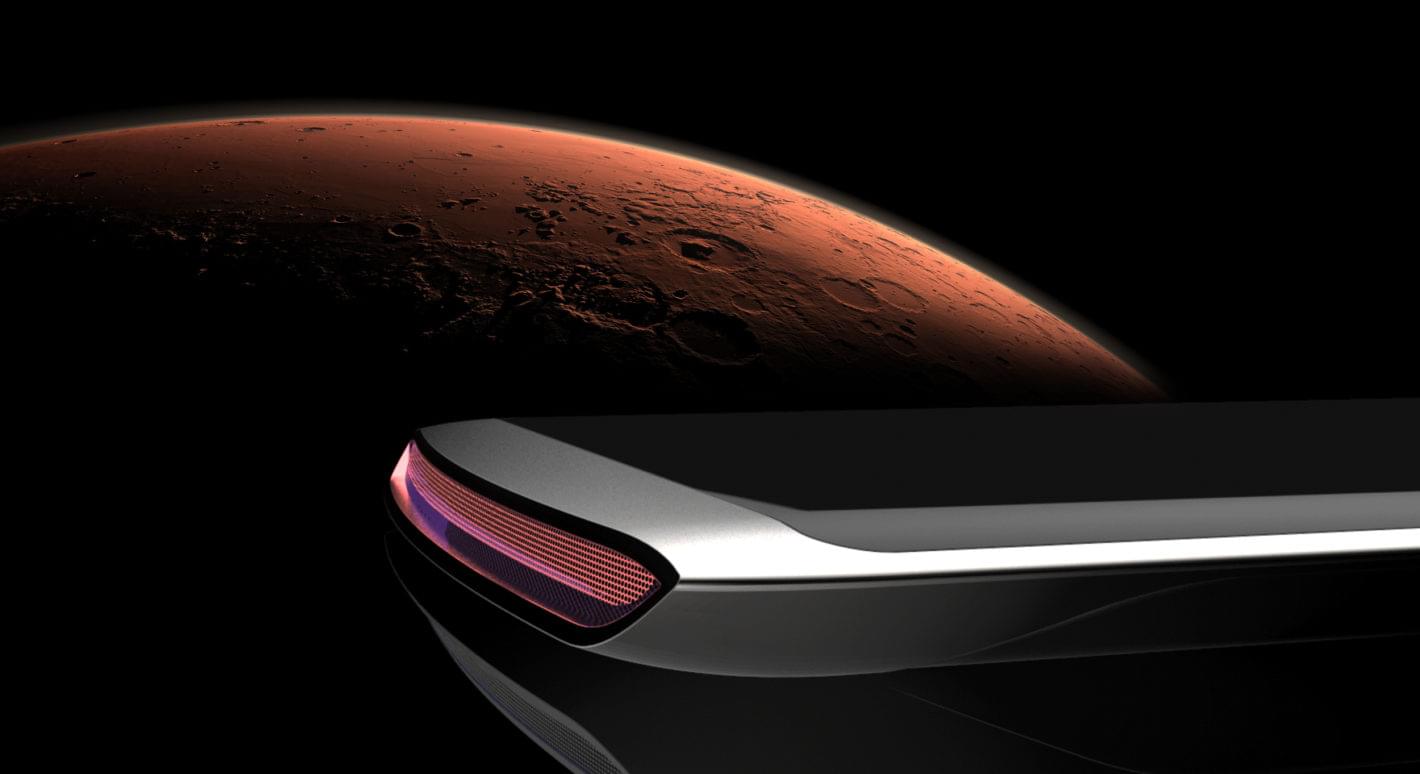 OK. While it is the first of the month, you might be forgiven for thinking that it is actually the first of April. That is because Turing Robotics Industries (aka TRI) have been noted sending out an email newsletter and one which effectively announces the follow up to the Turing Phone. But this is not any old smartphone release. This is the Turing Phone Cadenza, aka, the best smartphone in the world.

What makes it the best smartphone in the world? That’s easy to explain. Imagine a checklist of everything you want on a smartphone and then magically watch as the Turing Phone Cadenza not only ticks all those boxes, but actually reshapes your core understanding of what a smartphone is and does. For instance, how does 12GB RAM grab you? Granted, it is only 2 x 6GB RAM, but still, 12GB RAM is what it comes loaded with. Want the Qualcomm Snapdragon 820 powering your smartphone? Like with the Galaxy Note 7, the LG G5 or the HTC 10? How about the Snapdragon 821? – which is not actually on the market yet. Well you’re in luck as the Turing Phone Cadenza comes loaded with the Snapdragon 830. Scratch that, like the RAM, this smartphone comes packing two Qualcomm Snapdragon 830s, 16 beautiful Kyro cores.

But what about the cameras? Well to be fair, this is where the Turing Phone Cadenza lacks a little in all honesty. The rear camera is a measly 60-megapixel iMax 6K Quad Rear camera with Triple Lens. Likewise, the front-facing camera will just about be able to provide a good enough selfie as it is only equipped with dual 20-megapixel cameras. While the cameras are fairly low on MP count, you still will need sufficient storage for all those images and luckily the Turing Phone Cadenza comes loaded with a 1TB storage capacity. This is thanks to its two 256GB internal storage(s) and its two microSD card slots, which each support 256GB cards. As well as the four storage locations, this one also comes with support for dual-dual-SIM. In normal talk, it can take four SIM cards at the same time. TRI has not confirmed that you can make four calls simultaneously, but you probably can.

There are a number of other features as well, but they are simply way over our head to discuss in any real detail. For instance, the included Swordfish OS will make use of neural networks, language processing and ‘long short-term memory networks’ and the device does come with some form of graphene oxide build. Needless to say, it is one hell of a phone and one which is best described by TRI’s CEO & Chief Architect, Steve YL Chao – the Turing Phone Cadenza is coming “from the future to the present”, it is one which “can disrupt the status quo” and one which is a “perfectly designed device”. If you are starting to wonder whether this is a joke or not, then check out the above real life image of the Knight Rider-like design of the Turing Phone Cadenza. We wish Turing all the best with this one and look forward to receiving our review unit. 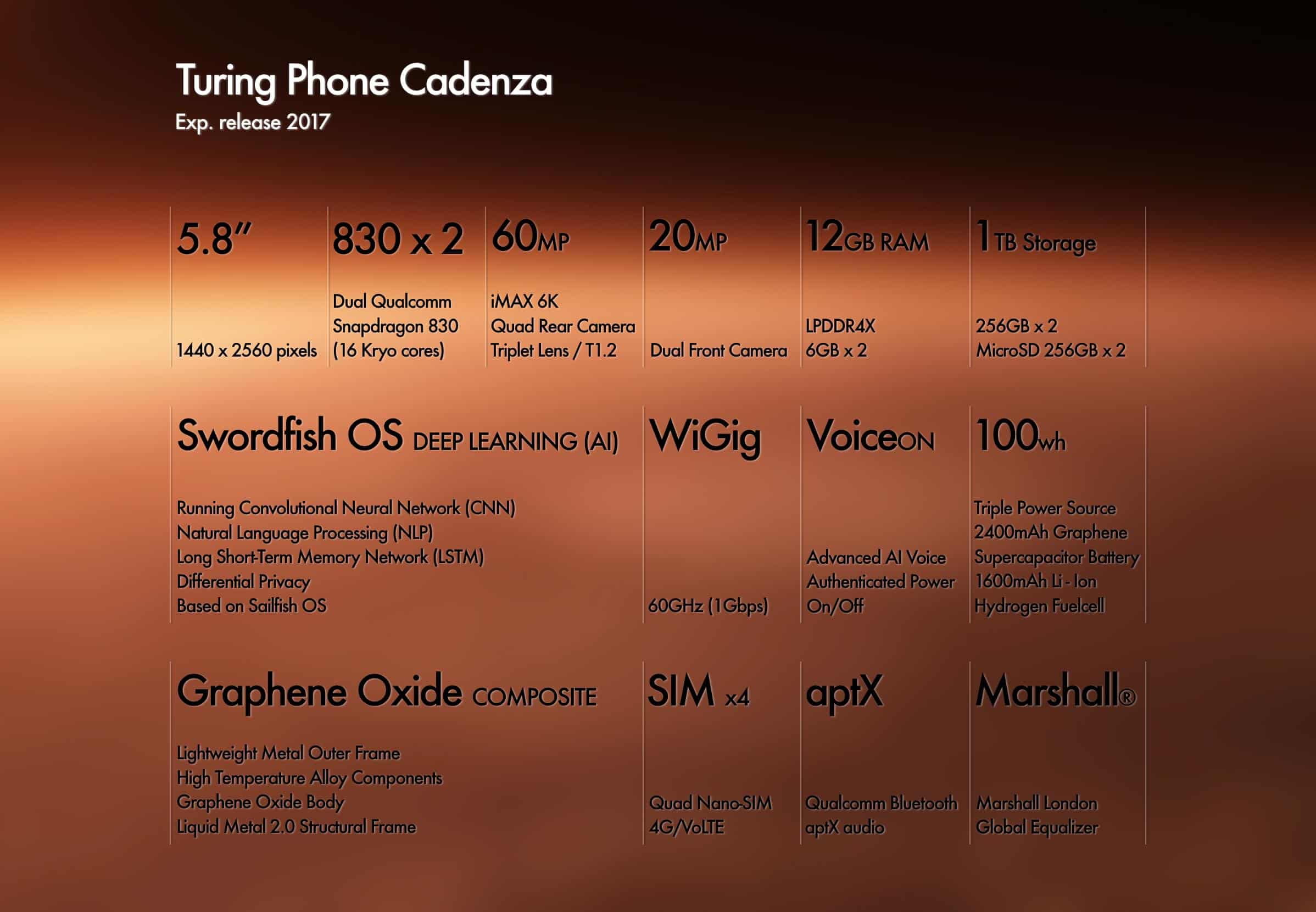