The LG V20’s official announcement was earlier this month, but the device has yet to make it onto store shelves for consumers to purchase it. That said, everything about the LG V20 is already known as the company has given out of all of the details on the device which make it either THE phone to have in 2016 or at the very least a contender among the top-end flagship devices. There were plenty of rumors leading up to the unveiling of LG’s latest device, with many of those rumors having been confirmed following the announcement, while a few may have dropped off. There is lots to love about the LG V20, but that’s not to say that there is nothing that could have been done a little bit better. With that said, let’s dive in and see what’s good about this device, what’s bad about it, and look at whether or not there are any ugly aspects of the LG V20 that you should take into consideration. 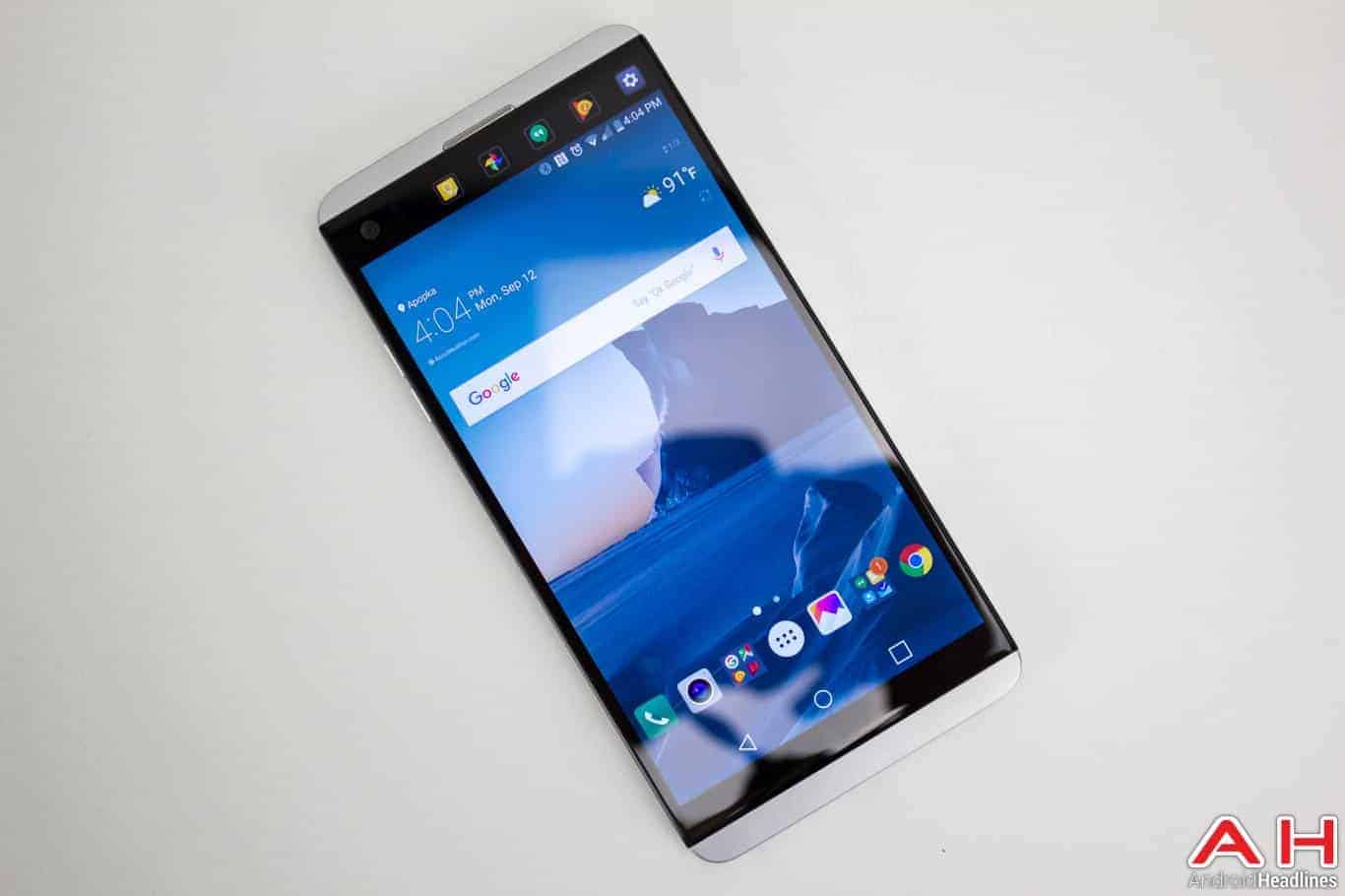 Where to start. There is lots to love about this phone, and, when comparing it to the LG V10, LG has improved upon it in a decent number of ways from the build materials to the design to the hardware specifications used on the inside. For starters, the LG V20 has a new, sleeker look to it that sort of blends together the best elements of the LG G5 and last year’s LG V10. From the back, both the LG V20 and the LG G5 actually look quite similar, as the V20 borrows a couple of design elements from the G5. The Camera setup is horizontal and centered on both phones, with the fingerprint sensor directly below it. This is a good thing as the G5 is a pretty good looking device, and the placement of the fingerprint sensor also makes it easy to get to. The fingerprint sensor on the LG V20 also does its job extremely quick as we found in our full review. The V20 is also more durable, switching from the stainless steel used on last year’s LG V10 frame and instead opting for aircraft grade aluminum. On top of this, LG has built the V20 completely out of the AL6013 Aluminum that was used, short of the top and bottom edges which are made of plastic to act as a sort of bumper. This includes the removable battery cover, compared to the Dura Skin plastic material that was used for the V10’s back. Alongside the new metal the LG V20 is also MIL-STD 810G certified, meaning it was put through a series of 24 drop tests with each drop following up with an inspection. LG has done this to make sure that the V20 is capable of withstanding the potential damage that can come with day to day life.

For the moment, Qualcomm’s Snapdragon 820 processor is one of the most powerful chipsets on the market, and luckily the LG V20 is carrying this chip, making it ready for anything the user can likely throw at it when paired with 4GB of RAM whether that’s games, watching videos, or multi-tasking. Keeping true to the theme of the LG V series and living up to the legacy of the V10, the LG V20 brings with it powerful and capable media and entertainment elements, featuring a 32-Bit Quad DAC for unparalleled sound that’s amplified should users choose to plug in a pair of headphones. LG also packed the V20 with HD audio recording capabilities, and thanks to the app that LG loaded onto the phone managing the HD audio recording and fine tuning things to adjust them to the just the way users want them is quite simple.

While the audio features and quality of the LG V20 are nice, one thing that’s going to be a major component of the LG V20 is the secondary screen that sits above the main display. The secondary screen does more than it did on the V10, and it even allows for more characters to be displayed, having been bumped up from 10 characters to 24 characters. When it comes to actual functionality, the secondary screen does more that just list off new notifications and display the time and date. Users will have access to a series of actionable panels just by swiping to the left or right for things like Quick Tools, Music, and Quick Contacts, with some of the Quick Tools being things like enabling and disabling the flashlight, toggling the Wi-Fi, and even opening the camera and capturing a photo. The secondary screen also allows you to switch between recently used apps which will be a quicker way to get to them when compared to the recents menu.

In addition to many of these other good points about the phone, it should not be forgotten that another good element is the presence of Android 7.0 Nougat running on the device out of the box. With improved Doze Mode as a way to enhance the longevity of the already great battery inside of the LG V20, plus features like Nougat’s multi-window mode that allows you to keep two apps open on the screen at once, the software experience is better than one might get from the earlier launched G5. Other elements like Quick Switching to move between the two most recently used apps fast and efficiently doesn’t hurt either. 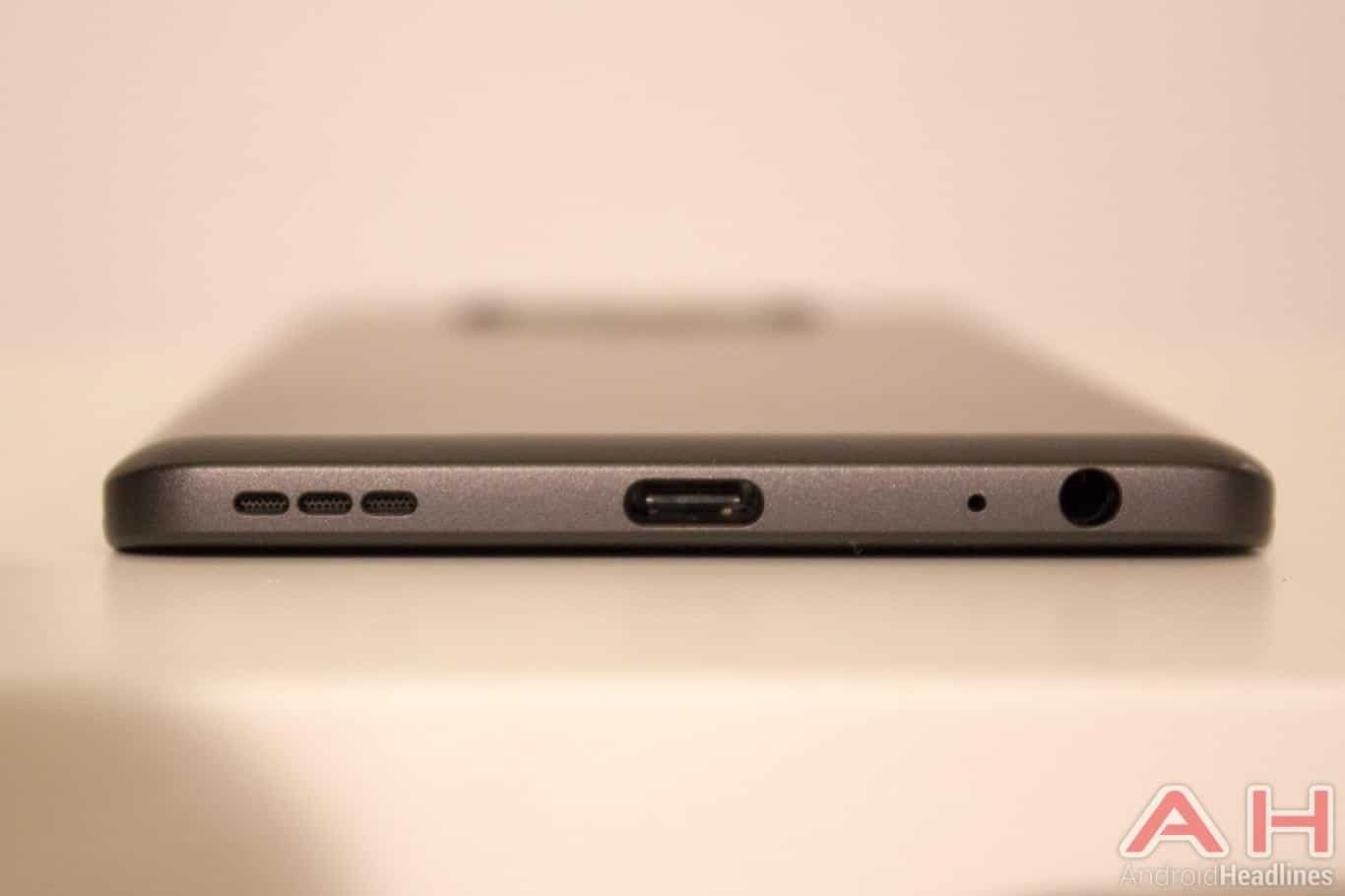 For all that can be said for the presence of Android 7.0 Nougat, there also has to be something said for the actual LG UX 5.0+. Among the different UI skins that are applied by manufacturers, LG’s implementation of UX 5.0+ is not as easy to navigate as something like TouchWiz or HTC’s Sense, and a far cry from the simplicity you’ll find on stock Android. That said, the UX is certainly not the worst thing about the LG V20, as the screen does tend to show just a little bit of light bleed in the display’s corners. While this may not bother everyone, it’s noticeable enough that it isn’t hard to miss if you’re looking for it, and it’s still easy enough to see even if you’re not.

Another thing that could have been improved in the V20 is the built-in speaker setup. The 32-Bit Quad DAC will definitely help to amplify and put out some great quality sound, if you’re using headphones, and even better sound if those headphones are of excellent quality, but when utilizing the built-in speakers users may end up with a little bit of a different experience with a noticeable difference in quality. The LG V20 only features a mono speaker setup, and while the sound is likely better than some phones out there, dual stereo speakers could have taken the V20 to another level here, and sadly this feels like one area where LG dropped the ball just a little bit. Of course, LG also left out a feature that we’re starting to see in more and more flagship devices lately, and that’s water and dust resistance. Although this won’t be a deal breaker for everyone, it unfortunately does mean that the phone, while likely durable when it comes to drops, lacks any sort of protection from things like rain, spills, dirt, and dust, leaving the device open to potential accidents that could cause it to stop working where other flagship phones give consumers a little more peace of mind. Granted, electronics and water or dust and dirt don’t usually mix well, but it would have been nice to have a little protection from these sorts of situations.

While things like the lack of dual stereo speakers, the lack of water and dust resistance, and the light bleed and somewhat confusing UX 5.0+ definitely could have been fine tuned just a little bit more, they’re also things which consumers won’t have a chance to dislike if they don’t have a chance to buy the phone in the first place, and for consumers in the UK that’s about the size of things, as LG will not officially be launching the V20 in the UK. Despite this, though, the LG V20 should still pop up for availability in the country as Clove have stated that they plan to import some stock of the phone from Europe for their customers to buy. The downside here is that the phone may end up costing a little bit more as it won’t be an official UK variant of the device and it will have to be imported. There’s also no word on when a European launch is happening. In addition to this, there’s no guarantee that other UK wireless carriers will choose to do the same thing as Clove, which would leave any other UK consumers having to import the device themselves.

While the LG V20 is no doubt a great device that will make many consumers happy, it is not without its flaws, but then again what smartphone is? This is something that consumers will want to take into consideration when looking at phones to buy for their next device, and even though the LG V20 does feel lacking in some areas, it also has many strong points which more or less outweigh any of the negative aspects. Having said that, it’s becoming harder and harder to distinguish any gaps between ultra premium flagships and those which are simply packed with good hardware. While high-end specs are always nice, executing everything in a way that helps the phone fire on all cylinders is necessary for a phone to set itself apart from the competition, and unfortunately for LG more and more manufacturers from across the globe are putting out some amazing handsets which also offer compelling features. So, although there are many more good things than bad with the V20, there’s still a question of whether the good things are enough to convince consumers that the V20 is the device they should buy when there are quite a few other excellent options out there.