The LeEco Le Max 2 might be LeEco’s current flagship device, but the company seems to be planning to release an even more powerful handset soon. The LeEco Le Max 2 was introduced back in April, and the Le Pro 3 smartphone has been popping up online quite frequently in the last couple of weeks. Rumors and leaks had suggested that this smartphone will sport top of the line specs and build, though we had no idea when it might launch, well, until now, read on.

The company has now officially confirmed that they intend to host an event in China on September 21st. Now, the company did not say that the Le Pro 3 will be launched during the event, but considering that it was the most rumored and leaked smartphone lately, it makes sense, not to mention new reports suggest that the company plans to introduce some really powerful hardware on September 21st. If you take a look at the image down below, you’ll get to see the image LeEco posted as confirmation of their upcoming event which will be held on September 21st, and will start at 2PM (local time), while it will last until 4:30 (at least it should), which probably means LeEco plans to introduce more than one device during the show. So, what will they announce? Well, our best guess is that the Le Pro 3 will be introduced along with some accessories and / or some new smart gadgets from the company.

Now, if rumors / leaks are to be believed, the LeEco Le Pro 3 will be fueled by the Snapdragon 821 64-bit quad-core processor, while it will pack in 6GB of RAM and 64GB of expandable internal storage. The 5,000mAh battery will, allegedly, be included in this package as well, and the phone will, despite such a hefty battery, be only 7mm thick. The 16-megapixel snapper will be placed on the back of the device, and an 8-megapixel camera will be available up front, if rumors are to be believed. The LeEco Le Pro 3 popped up on AnTuTu recently, and the phone actually managed to hit 163,000 points on AnTuTu’s benchmark, which also suggests that the Snapdragon 821 will be a part of this package. As far as the phone’s pricing goes, don’t expect it to be the most affordable flagship around, not even by a long shot, but you can expect it to be considerably more affordable than the Samsung Galaxy S7, Galaxy S7 Edge, Galaxy Note 7, HTC 10, LG G5, etc. This phone will, quite probably, be more expensive than the ZTE AXON 7 and OnePlus 3 though, so do keep that in mind. 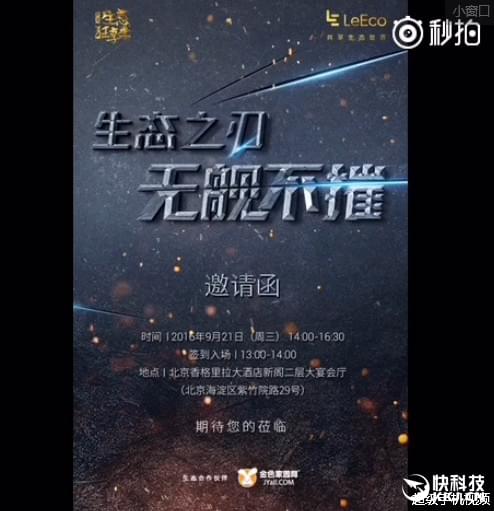