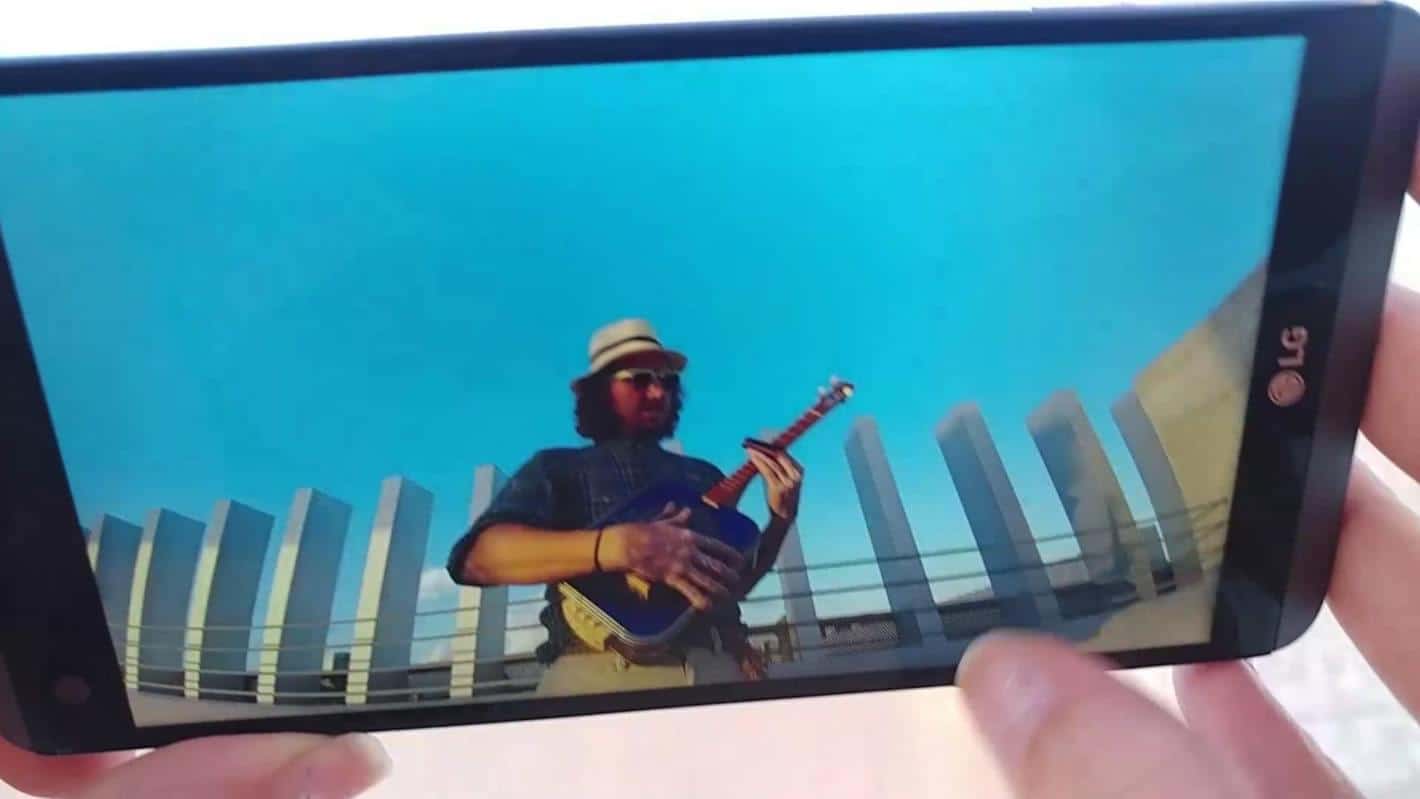 LG has already announced that its upcoming V20 flagship phone, the first in the world to arrive with the new Android 7.0 Nougat operating system on-board, will be launched next week, but that hasn’t stopped LG fans and other curious kind from either speculating about the phone’s features and specifications or getting their hands around leaked images of the upcoming handset. Earlier today, a Reddit user named ‘asusjd38’ posted a picture of the upcoming LG V20 on the website, revealing a single front camera at the top and an LG logo at the bottom, along with a design which checks out with images of the phone which are already available on the web.

The leaked image on Reddit shows the phone in landscape mode but the picture is taken at such a close angle that a significant portion of the phone’s top edge isn’t visible at all. However, it is clear that unlike its predecessor, the V20 will feature a single front camera along with LED flash, which may also be a second camera as the image isn’t clear enough. As per existing leaks and images, the V20 will also arrive with dual rear cameras– a setup borrowed from the LG G5, along with two sets of flash buttons on either side of the cameras. The Reddit user who published the image earlier today also speculated that the V20 may arrive with modular capabilities and will feature bigger bezels, even though he didn’t state if the bezels will be bigger than the LG G5 or the LG V10 which launched last year. From the ensuing discussion on the thread, no further details regarding the V20 emerged as users concentrated on other things like build quality of the LG G5 and their existing complaints with LG phones.

From what we know so far, apart from the dual-rear cameras, the LG V20 will be announced on September 6th with features and specifications like a secondary display, a metal body, a 5.7-inch main display, an octa-core Snapdragon 820 processor, 4GB of RAM and an impressive 4,000 mAh battery. The two rear cameras will come with 16-megapixel and 8-megapixel resolutions but the front camera’s resolution isn’t known yet. LG have already announced that the V20 will feature B&O PLAY’s audio capabilities and will also be the world’s first phone to feature ESS Technology’s 32-Bit Hi-Fi Quad DAC which will reduce ambient noise levels by up to 50%. Having announced such exciting tech already, LG may announce many more path breaking features in the V20 during the launch event which will take place in a few days from now, interestingly just a day before Apple may launch its upcoming iPhone 7 and 7 Plus handsets.