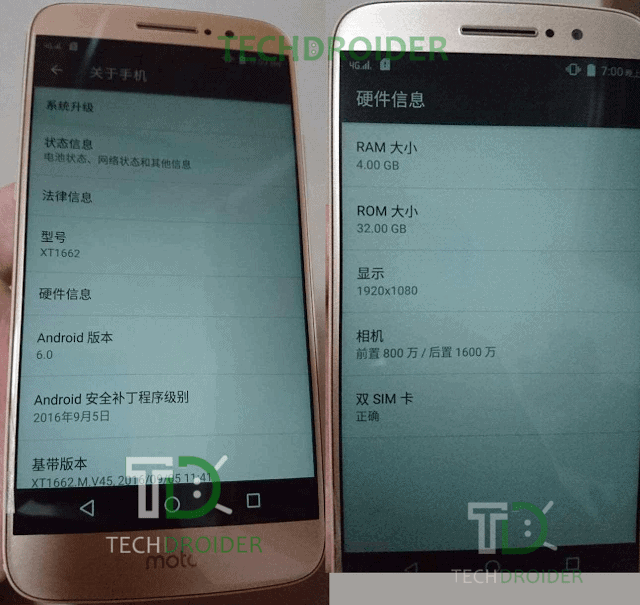 Ever since Lenovo purchased Motorola Mobility from Google back in 2014, we’ve seen a number of new Moto devices hit the market that we might not have otherwise. Each line of Moto devices, be it the Moto E, Moto G or Moto X has seemingly launched with at least three different varieties of just the one phone, and that turned out to be the case with the Moto Z, too. Not content with that many models already on the market, we’ve been hearing rumors of a Moto M device to hit the market before the end of the year. So far, we had heard that the Moto M would be an Asian-only device launch for Lenovo, and that it would be positioned in or around the mid-range part of the market. We’ve since seen the Moto M and Moto M Plus get certified in China. and now we have leaked images of the device in the wild.

The Moto M pictured above appears to carry a 5.5-inch Full HD display, which would make this the Moto M Plus, if we believe the TENAA filings out of China. Said filing mentioned that the Moto M and Moto M Plus would be packing a MediaTek MT6750 under-the-hood, giving it an octa-core CPU with clock speeds up to 1.9 Ghz and is paired with 3GB of RAM. Elsewhere, 32GB of internal storage as well as a rear-facing 16-megapixel camera and Android 6.0 Marshmallow onboard make up some other specs. As we’re looking at the Moto M Plus here, which apparently carries the model number of XT1622, we should be looking at a device with a decent 3,000 mAh battery. Neither the Moto M, nor the Moto M Plus shown above, are designed to be high-end devices and as we can see from their overall design they appear to be close to that of the newly-announced Huawei Nova line. Whether or not this is a coincidence is unknown, but with a rear-mounted fingerprint sensor rumored for the Moto M devices, and that these are to be China-only devices, it looks as if Lenovo has picked out their competitor for these new phones ahead of time.

Speaking of the fingerprint sensor, we were hoping to get a look at it in these leaked shots, but that doesn’t appear to have happened this time around. What the anonymous source has told TechDroider however, is that the fingerprint sensor will be located around the back of the phone and not be part of the telltale Moto dimple that the firm houses their logo inside of.