There have been plenty of leaks regarding the Pixel and Pixel XL over these past few weeks, with the latest now being a set of leaked images that showcase both of Google's rumored upcoming phones from the front and the back. This image leak follows a recently aired commercial from Nest earlier today which seems to have shown off the Pixel or Pixel XL being used to interact with the Nest companion app, and although it wasn't confirmed to be either device, these images now heavily suggest that what was seen in the Nest ad was very much likely one of Google's upcoming Pixel phones.

Although the image below does seem to show two sizes of the same device and what looks to be the boot up screen as well as the lock screen for Android 7.0 Nougat on the Pixel and Pixel XL, the image above is much more distinguishable as what the public knows of the Pixel and Pixel XL design. You can see the two-toned back that has been displayed in many of the renders up to this point, as well as the fingerprint sensor in the middle and the camera setup in the top left corner complete with LED flash. Although there is quite likely to be multiple colors for these phones, the ones in these images appear to be the aluminum color, the same as in the Nest ad, along with a white front face.

Earlier today it was also rumored that the Pixel would be starting at a base cost of $649, with the Pixel XL expected to come in a higher price, suggesting that each phone is going to cost a lot more to start than what consumers are familiar with on Google's lineup of Nexus devices. While none of the specs or hardware for either phone is confirmed yet, rumors peg the Pixel as coming with a 5.1-inch or 5.2-inch screen, while the Pixel XL is thought to have a slightly larger 5.5-inch screen. Both have also been rumored to either come powered by the Qualcomm Snapdragon 820 processor or the Snapdragon 821, and potentially come with 4GB of RAM and a base internal storage of 32GB. 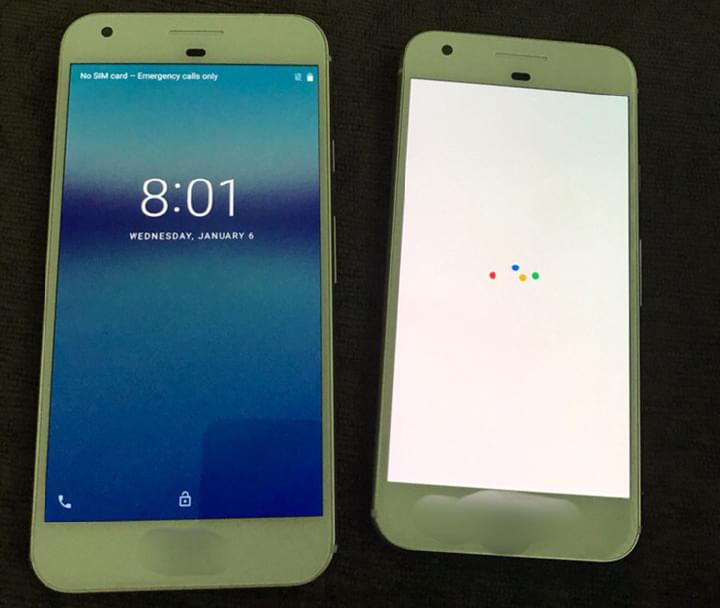 Advertisement
Trusted By Millions
Independent, Expert Android News You Can Trust, Since 2010
Publishing More Android Than Anyone Else
26
Today
128
This Week
505
This Month.
505
This Year
110674
All Time
Advertisement