Google’s rumored Pixel XL has allegedly surfaced on a Geekbench benchmark listing recently, showcasing a couple of pieces of information that seem to confirm once more that the codename for the device is Marlin. This in itself should be no surprise as Marlin and Sailfish have been floating around the web for months. While this Geekbench listing does appear to be fairly recent as it was populated back on August 31st, there is unfortunately not much detail in the way of specifications to go off of. Having said that, much of the hardware specs for the Pixel XL have already been speculated on and are likely known at this point.

It’s worth noting that the benchmark does not actually list the phone as “Pixel XL,” rather it’s referred to as Google Marlin, however, Pixel XL is the new name that was rumored last Friday to be the name for Google’s larger device this year instead of using the name “Nexus.” Based on the benchmark information, the phone will be running on NMR1, which is the version of software that is known to be coming on both new devices this year, Android 7.0 Nougat.

The benchmark also has it detailed that Marlin will be coming with a Qualcomm processor inside that clocks at 1.59GHz and will have a total of 4 cores, which is another detail that is already widely known for the most part as this has been the chipset that’s been speculated for quite some time. The benchmark does not however list off the exact processor to be used, but rumors have been settled on the Snapdragon 820, and this is quite likely to be the case. The benchmark also states that Marlin (the Pixel XL) will be coming with 4GB of RAM, but other than the single-core and multi-core scores for the benchmark test, the RAM is really the last remaining detail to be found here. Alongside using a brand-new name for both of their devices this year, Google is also said to be announcing the Pixel and Pixel XL on October 4th, alongside Daydream VR and a new 4K compatible Chromecast to replace the currently available options. 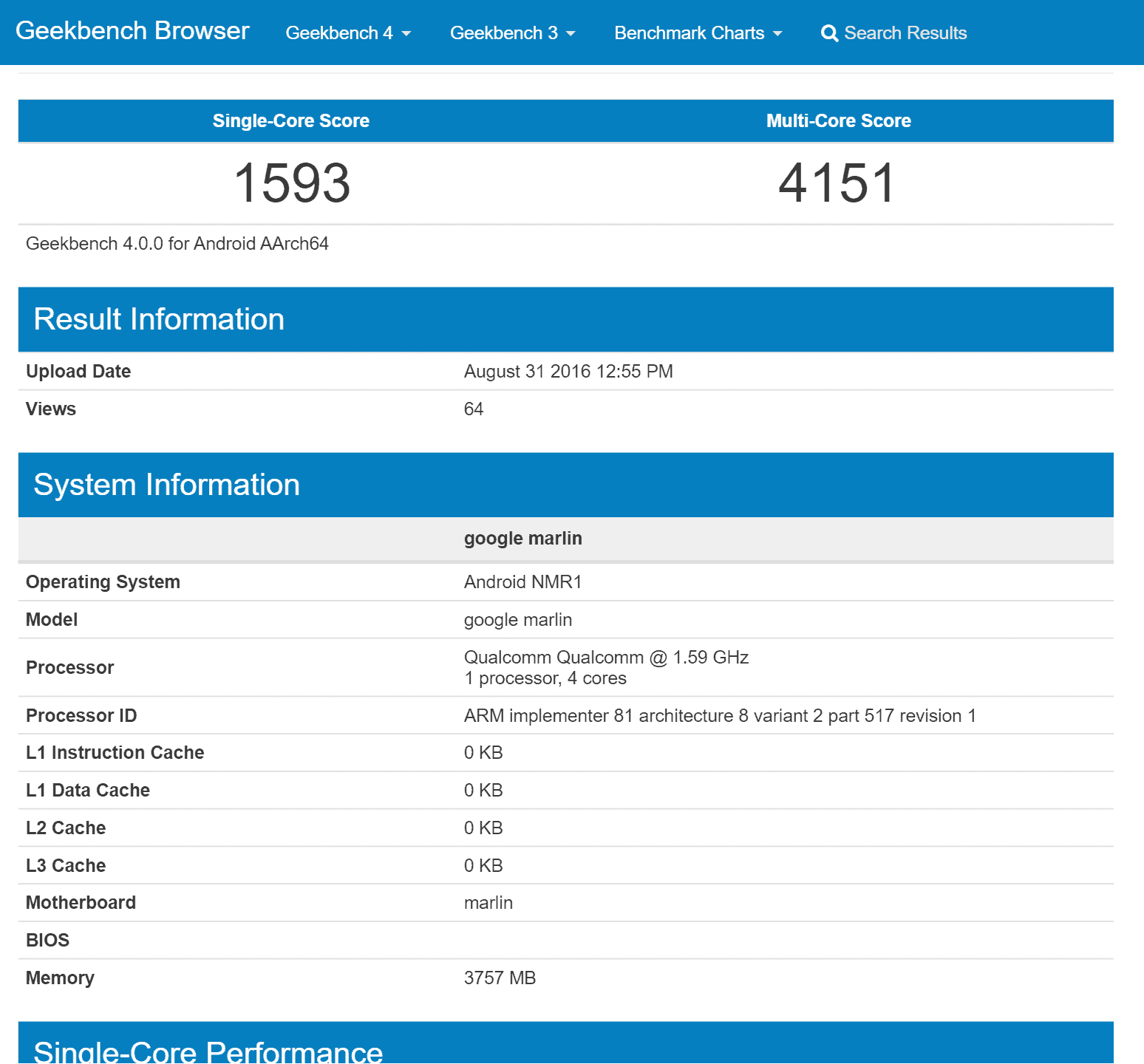