The annual IFA conference in Berlin, which officially starts tomorrow, is a place for innovation to flourish, where brand new products are announced that will push boundaries and break barriers. While the mobile VR video shooting barrier has already been broken, Android users have never had a solution that could get them there for around $200 and integrate seamlessly with their phone. iOS users, on the other hand, have had the Insta360 Nano, pictured below, since this past summer. Along with a bevy of other announcements, Insta360 has officially announced their plans to bring the Nano camera to Android, giving Android users on a budget the equipment to shoot 360 degree video right from their phones and with relative ease.

The Nano features two 210-degree fisheye lenses that can capture just about everything around them to provide a 360-degree perspective, and can shoot in up to 3K resolution. The Nano can not only record video, but can live stream the video on compatible platforms as though it's being shot on the iPhone's native camera. All of those capabilities will be coming to Android users, as well as a brand new product called Air. Air is a bit bigger than Nano, and spherical rather than cubic in shape. Insta360's press release did not say a ton about the Air, but it seems to be exclusive to Android. Given its size and the fact that it will launch in November, when the Nano will likely be either available for Android or incoming, it is quite likely that the Air will be a bit more feature-rich and high end.

The Insta360 Nano with iPhone-compatible mounts costs $219, so it's to be assumed that the Android version will be around that price, perhaps with different variants to fit different devices, such as those with reverse-facing Micro USB ports like the Nexus 6, or USB Type-C devices like the Moto Z. Pricing for the Air is a complete mystery; for the same reasons that it could be higher-end than the Nano, a higher price may be in order. Along with new products for Android, Insta360 is set to announce a 4K camera, a professional camera, and a standalone dual-lens camera called the Stereo. 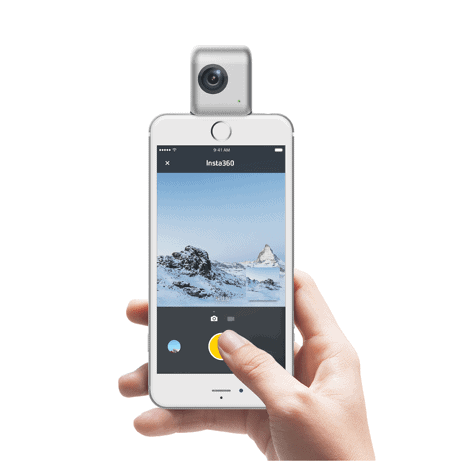