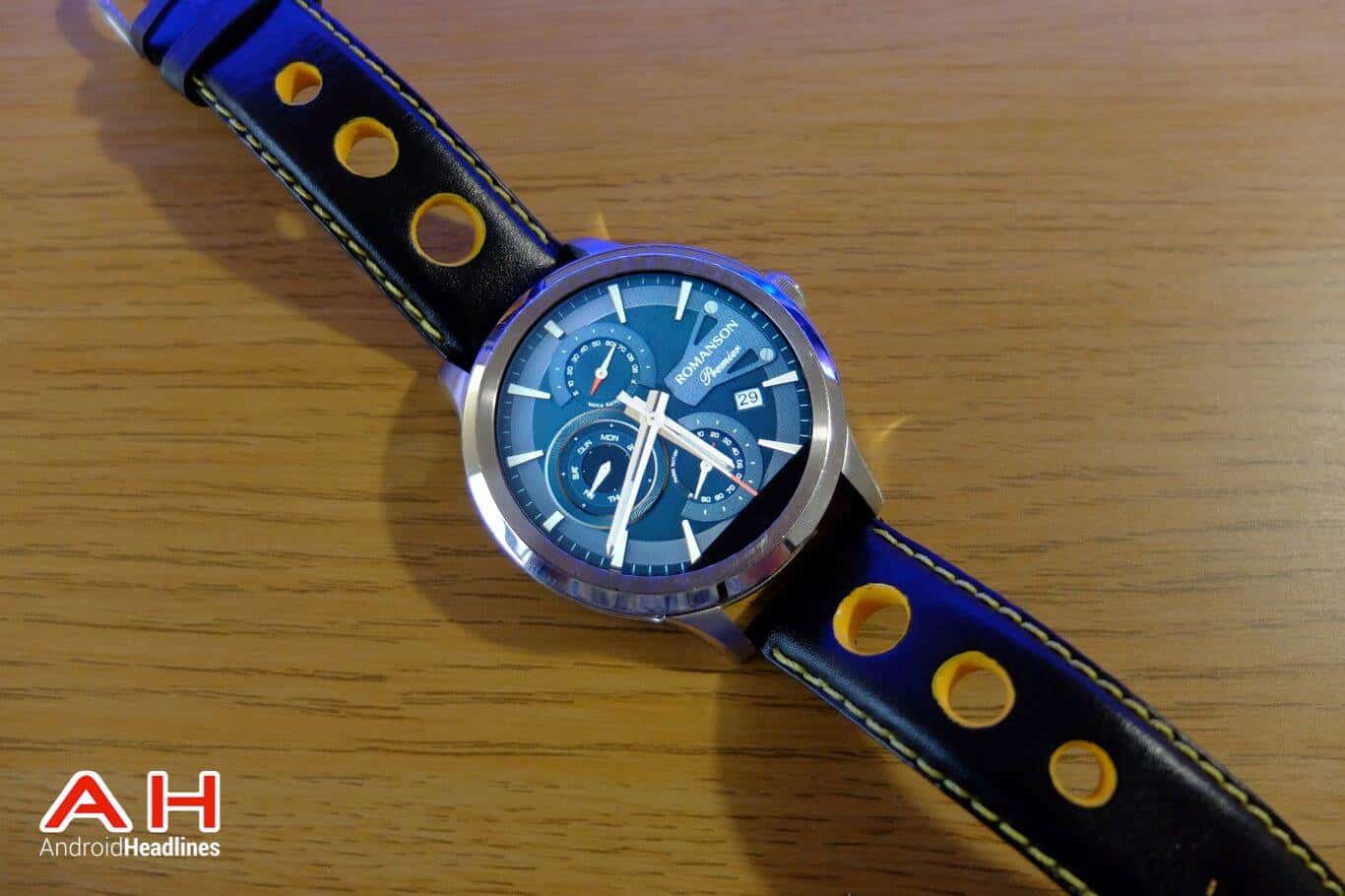 Wearables and smartwatches have been receiving some fairly contradictory attention of late. While the market is one which is growing, it does not seem to be growing quite as quickly as some might have expected. However, a new report out of IDC does expect the all-encompassing 'smart wearables' sector to see some fairly rapid growth over the next few years. In fact, by 2020 the IDC predicts that the total number of smart wearables shipped to reach a yearly value of 76.6 million. To put this into perspective, the current predictions for 2016 by IDC see smart wearables realizing 21.5 million shipped units. According to the IDC predictions, this will mean the smart wearables market share will have increased 13-percent (compared to basic wearables) up to 34.1-percent by 2020.

According to a breakdown of the predictions, watchOS, which is currently expected to see a total of 10.5 million shipments in 2016, will rise up to 23.9 million by 2020. Interestingly, while the IDC predicts 'Android and Android Wear' devices will only reach 4.6 million shipped units in 2016, by 2020, the predictions suggest the gap between watchOS and Android Wear will have significantly closed, with Android Wear expected to ship 22.8 million units – only 1.1 million less than watchOS. In terms of market share, the figures suggest that this closing of the gap will mean that by 2020 watchOS will be occupying a 43.8-percent market share, while Android Wear will climb to 41.8-percent. A markedly different outlook to 2016 where watchOS is expected to occupy a market share of 52.3-percent and Android Wear 22.9-percent. Samsung's own wearable operating system Tizen, is also expected to grow by 2020. Although only fractionally compared to the other two, with IDC suggesting the 2016 Tizen figure of 2.6 million will only increase to 3.8 million by 2020. Likewise, RTOS (real-time operating system) and the ominous 'Others' will also only see modest growth with RTOS expected to grow from 2.1 million in 2016 to 3.4 million in 2020 and Others expected to grow from 0.4 million in 2016 to 0.7 million in 2020.

So it is clear that the IDC expects watchOS and Android/Android Wear to remain the market leaders now and through to 2020. However, coming back to the closing of the gap between the two, the IDC notes that Android/Android Wear "will see the fastest growth of any platform" and attributes much of this growth to an increase in support from both OEMs "inside and outside of the IT industry". Stating that it expects Android Wear to become "the cornerstone" of the smartwatch strategies for those OEMs. 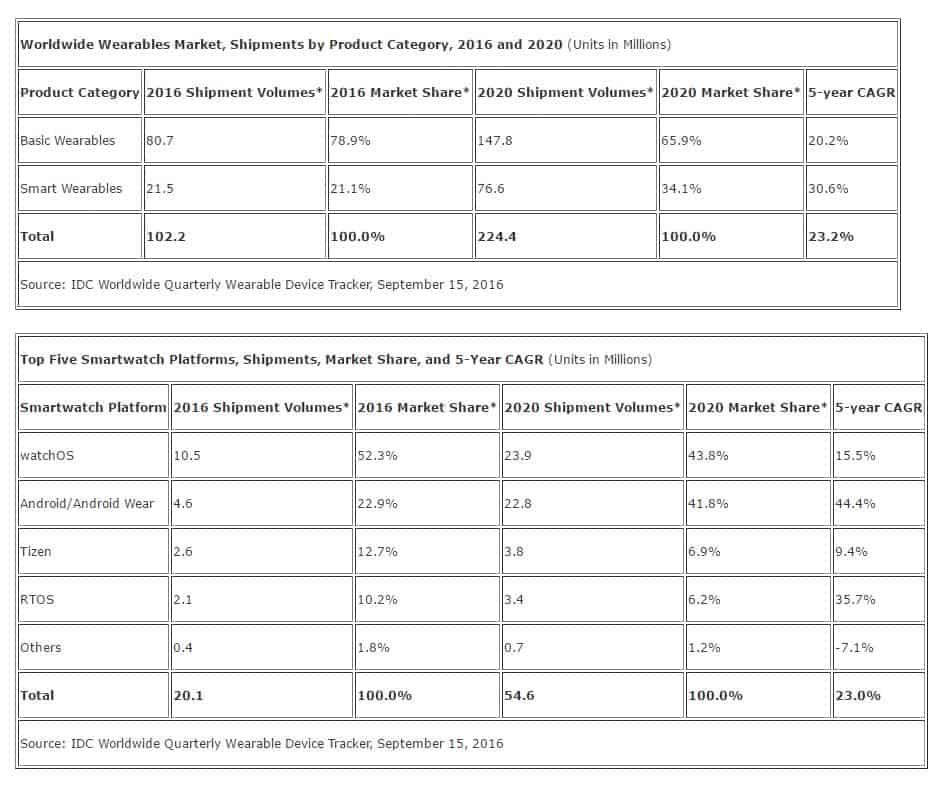