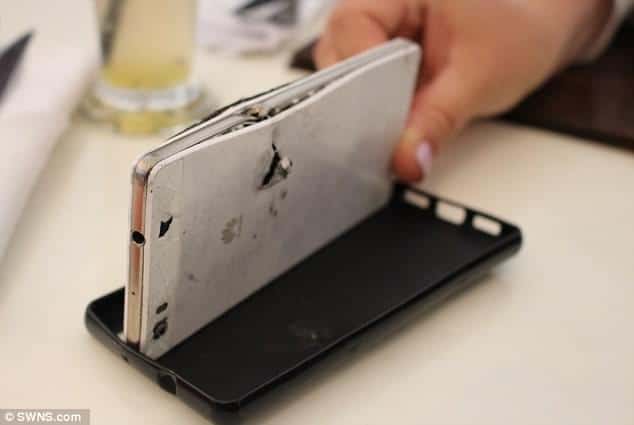 The Huawei P8 Lite is an affordable smartphone that was introduced by the company last year. This device was announced back in April 2015, and its successor has been introduced earlier this year, the Huawei P9 Lite, along with the other two ‘P9’ devices, the Huawei P9 and Huawei P9 Plus. That being said, a new report has just surfaced and it shares a rather interesting story which includes the Huawei P8 Lite, read on.

According to the source, the Huawei P8 Lite has actually stopped a bullet and saved its owner’s life. This incident occurred in South Africa when a man called Siraaj Abrahams got shot while he was returning home from a birthday party. This incident actually occurred last month, but it is making the headlines now. Anyhow, Mr. Abrahams was just outside of his home when a couple of robbers shot him and stole $20 from his person, he did faint when he got shot, but the Huawei P8 Lite was able to save his life. The victim has a small bullet mark on his chest from the shot, and a hole in his jacket, of course, but other than that, he’s just fine, as the bullet hit the Huawei P8 Lite which was in the pocket of his jacket. Now, considering that the device was completely destroyed from the bullet, of course, Huawei has decided to send in a replacement, the company gave Mr. Abrahams the Huawei P9 Lite as a replacement for the destroyed Huawei P8 Lite. Now, that’s not all, the Marketing Director for Huawei’s Sub-Saharan Africa region actually took Siraaj Abrahams and his family out to lunch, and the company has also offered a free VIP entry to Siraaj for all the home matches of the Ajax Cape Town football (soccer) team, this team is also sponsored by Huawei.

Now, this is definitely not the first time we’ve heard a smartphone has saved someone’s life by stopping a bullet, but it’s certainly a great ad for Huawei, and luckily the phone was just in place to prevent the bullet from killing the victim. The Huawei P8 Lite is made out of metal, and it packs in mid-range specifications, if you’d like to know more, check out our full review. 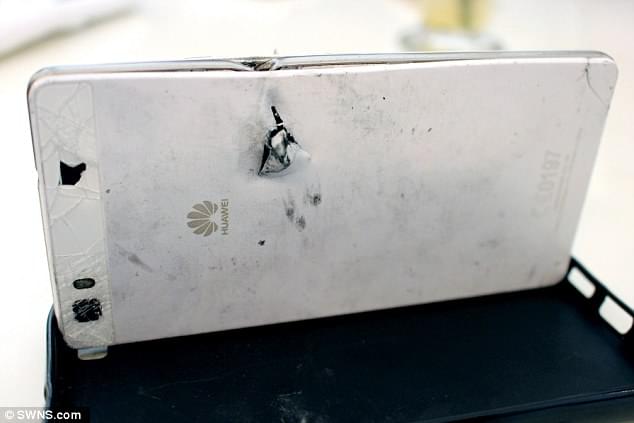 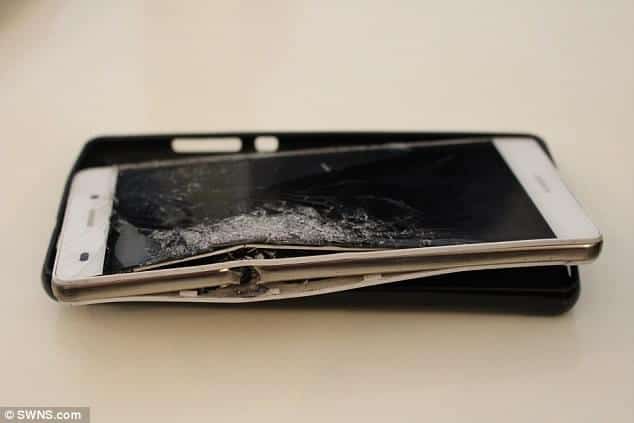 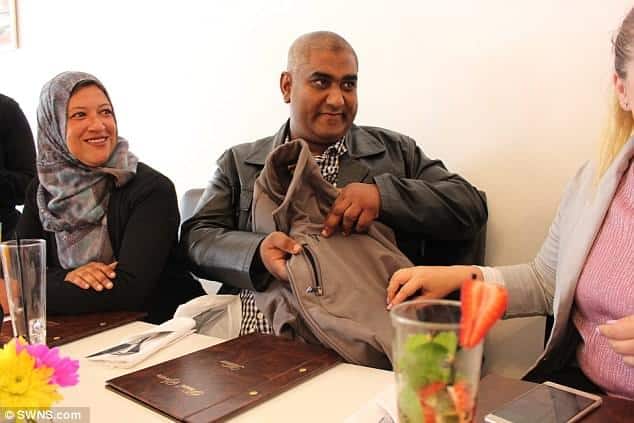