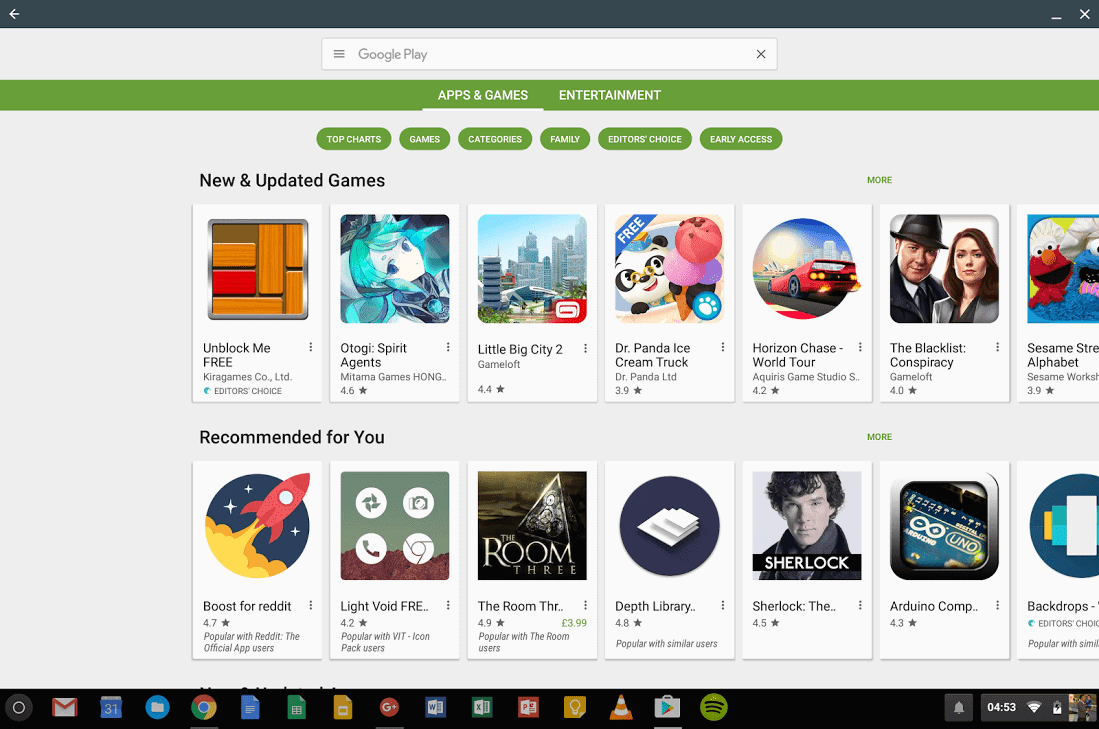 Those of you that own the second-generation Chromebook Pixel, you can start downloading apps from Google Play onto your Chromebook. However, for everyone else with other Chromebooks, this does not mean that Google Play is now available for your Chromebook as well. It is getting closer and closer, but not available just yet. Google did say it would be available this Fall, so there’s still plenty of time for Google to roll it out to other Chromebooks. Those of you that used Google Play on the beta channel, there doesn’t seem to be any changes, other than the fact it’s a bit more stable now, being on the stable channel. More stable is always a good thing, especially when talking about your laptop (or in this case, your Chromebook).

Google Play apps on Chromebooks is actually a pretty big deal, even though it may not seem like it. This means you’ll be able to play many more games on your Chromebook (or Chromebase or Chromebox) as well as using many other apps from Android. Including Adobe Photoshop or Snapseed, to edit your pictures. The addition of Android apps on Chrome OS instantly makes Chromebooks a whole lot more useful for many people. After all, Chromebooks are essentially a computer with a web browser and nothing more. This is also the first step for Andromeda, which is supposedly Google’s OS that brings Chrome OS to Android, and will be competing with the likes of Windows and Mac OS X laptops and tablets.