The last few months have been filled with rumors and speculation of Google's upcoming Nexus devices, which have been rumored to be launched as the Pixel and Pixel XL for around the last month or so. There have been rumors swirling around Google's 2016 smartphones all year, mostly revolving around HTC being the manufacturer, which has been unofficially known for some time now as references to HTC have surfaced in more than a few places at this point.

Having said that, HTC being the manufacturer of these two devices was not always thought to be the case, but leak after leak of various documents as well as rumors stating that HTC would make Google's new phones look to have solidified the Taiwanese company as Google's OEM of choice. There have been quite a few leaks that have listed HTC as the manufacturer of both the Pixel and Pixel XL, most recently being the phones passing through the GCF for band testing. In this particular leak, GCF documents had HTC Corporation labeled as the manufacturer with model numbers G-2PW2100 and G-2PW4100, both of which were also listed as the Nexus devices made by HTC when they passed through the FCC for testing about a month before they passed through the GCF.

Moving on, while just about everything seems to be known about the Pixel and Pixel XL, nothing is concrete as they are all still rumors, but plenty of things, like the design, seem to be about as solid as rumors can get. The designs of the phone have been mostly know for a while now, with renders, like the main image of this post, having been rumored as the design for the Pixel. It was then later rumored that both phones would look the same, but they would simply differ in size as the Pixel was rumored to come with a 5.1-inch display while the Pixel XL is rumored to have a 5.5-inch display. These varying sizes are likely to have an affect on the cost of each phone, as will other factors in regards to hardware, like the storage size. Speaking of cost, the Pixel and Pixel XL are potentially going to be Google's most expensive smartphones to date, as the Pixel is rumored to start at $649.

If this pricing is true, then it's thought that $649 will be the cost for the Pixel with 32GB of internal storage space, which would make other storage options even more expensive, and that's just for the Pixel. The cost for the Pixel XL hasn't been rumored yet, but it's likely more expensive than the Pixel for the base model at 32GB. Based on price differences of the Nexus 5X and Nexus 6P for the 32GB models, which was a difference of $100, it's possible, although it has not been rumored, that the Pixel XL could end up costing $749 for the base 32GB of storage, and while there is no confirmation of more than one storage size, if Google does release a 64GB and 128GB model of the Pixel XL like they did last year with the Nexus 6P, the price is going to start to increase quite a bit. 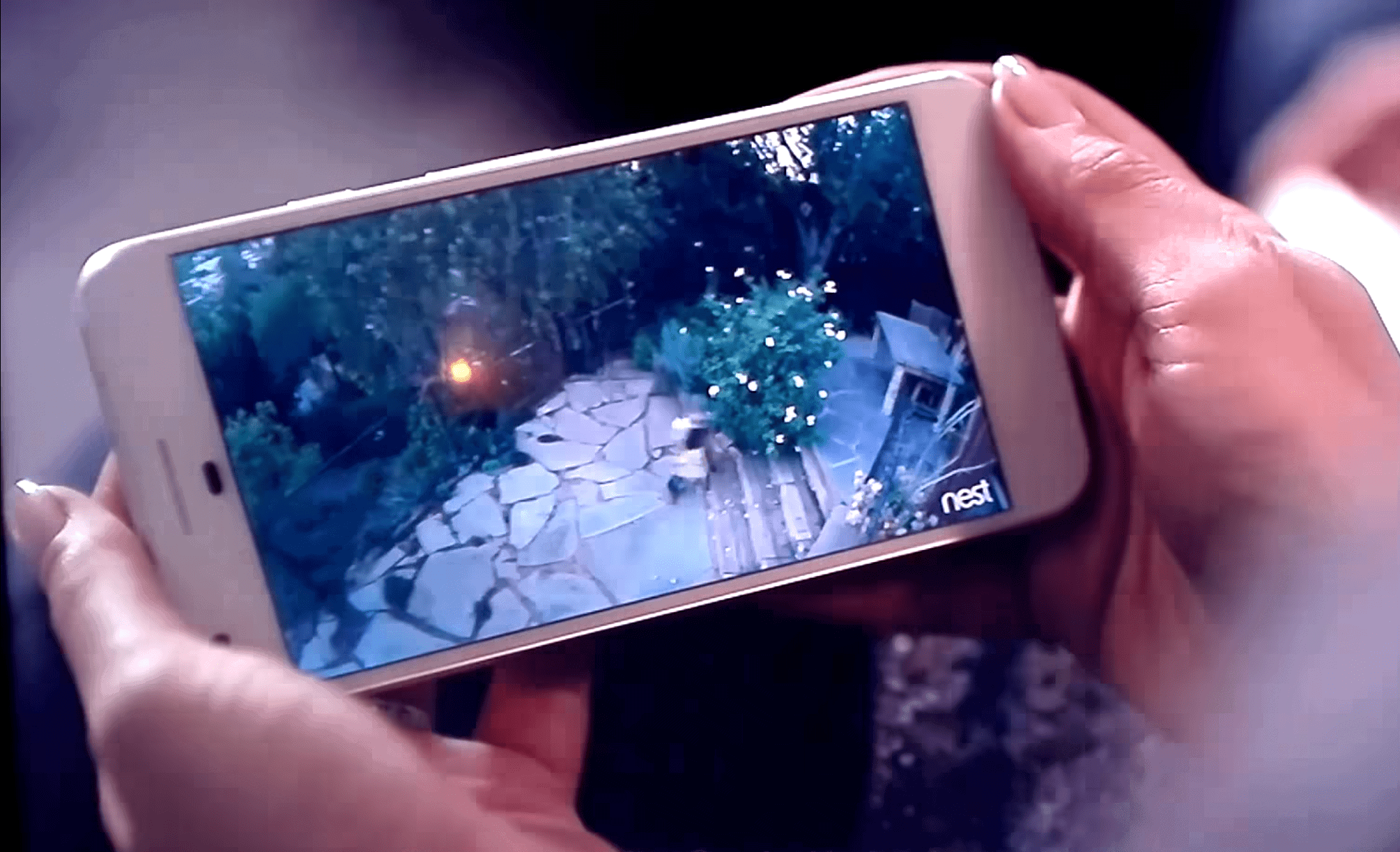 Aside from price and moving back to the design of the phone, this is an area that has been heavily focused on. While months and months went by with nothing more than just rumors of what the phone would look like, as well as the odd occasional render or mockup based on information, a fresh set of leaks popped up this week which finally gave the world a look at what the final design of the Pixel and Pixel XL could be. First, the phone was seemingly spotted in a Nest commercial that aired in the Netherlands, both from the front and the back as the user in the ad proceeded to use the phone to interact with the Nest companion app to view what the Nest Cam was seeing. While it wasn't immediately noticeable that this was probably a Pixel phone from the front, just a brief second later it becomes distinguishable that the ad may have aired a bit early, as the phone is shown from the back and you can see the unmistakable design of what has been floating around in renders for so long. The smooth metal backing with the top half appearing to be a glass panel which houses the fingerprint sensor and the camera and LED flash modules.

Following this likely accidental showing of the Pixel in the Nest ad, a much more distinct picture of the Pixel and Pixel XL surfaced, showing both phones in all their glory from both the front and the back. What was immediately noticeable was that these phones looked not just like the phone that was seen in the ad that aired earlier that day, but also like the many renders which had shown up online over the past few months. A seemingly white glass panel with the camera, flash, and fingerprint sensor, with the majority of the back being a metal, potentially aluminum or stainless steel, while the front also appears to be a white glass panel.

Beyond the design, much of the hardware specifications have been rumored up to this point, with suggestions that both phones could be powered either by the Snapdragon 820 or the Snapdragon 821 processor and come with 4GB of RAM. What has also been rumored are the rear cameras, said to be either 12MP or 13MP sensors. Whatever camera Google decides to choose for their two new phones, it's pretty obvious that the Pixel and Pixel XL will have a big focus on the camera capabilities, no pun intended. A recent teaser from Google seems to highlight the camera quality that users will experience when taking pictures with these phones. The teaser images can all be found on the "Made by Google" website after the Google search box transforms into the shape of a phone. At this point images begin to appear inside of the phone's shape, cycling through quite a few different pictures. These are thought to have been taken with the camera on the Pixel and Pixel XL, many of them looking pretty high-quality, which is to suggest that the Pixel and Pixel XL will be able to take some amazing photos. While it might be a little bit of a reach, it's a reach that could also be true, and that's a good thing especially if these devices are to come with a pretty high cost. For the kind of money that's being rumored as what consumers will have to spend, a great camera is going to be expected.

Another recent rumor surrounding the Pixel and Pixel XL in regards to the build is that neither phone will be waterproof. More specifically, the phones are rumored to come with an IP53 rating, which is barely water-resistant. Having said that, this rating may not provide the same level of water resistance that can be found on the Galaxy S7 or even the Sony Xperia Z3 which launched about two years ago, but it should be more than a standard device which has no rating for resistance to water and dust, which is still something. That is, of course, if the rating is true, which is entirely possible as other high-end flagships have the same rating, such as the HTC 10. On the software side of things, the Pixel and Pixel XL have been rumored more than once now to come sporting Android 7.1 Nougat instead of Android 7.0, and that this version of software will include a native restart option that can be executed when a long press on the power button is completed. While the restart option is nothing new to the world of Android, it has never been included in stock Android software before, so that will likely be a welcomed change if it does end up being part of the software on the Pixel and Pixel XL. 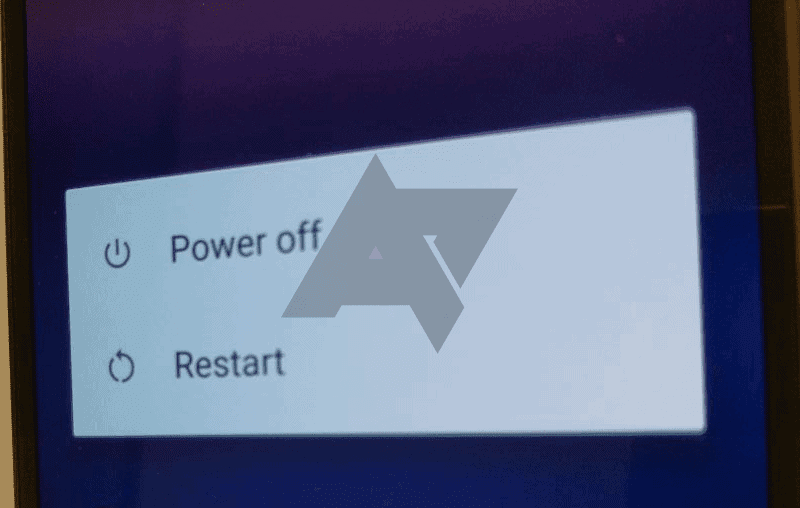 In addition to a new version of Android, not to mention a new version of Android Nougat, the Pixel devices are said to come with a brand-new stock Android launcher, called the Pixel Launcher. This particular launcher, while rumored before, has already been leaked and can be downloaded as well as installed on your device of choice, so the new Pixel Launcher, at the least, is one thing that seems to have been confirmed at this point for these new phones. While most of the launcher looks very similar to what's already available from the stock launcher, there are a couple of differences, like the app drawer being absent. The launcher will also reportedly come with new circular icons, and it seems that Google may be reintroducing launcher shortcuts with the Android 7.1 software that's rumored to come with the Pixel and Pixel XL out of the box, as it's been rumored that Android 7.1 will have the Shortcuts API that was available briefly with the Android N Developer Preview baked in. Whether or not that's the case is still unclear, but then again so are most of the other details about the Pixel and Pixel XL as they're all still rumors. What is known for certain is that Google is holding an October 4th event, and although they have not explicitly stated as much, it's very heavily suggested, and heavily teased, that the Pixel and Pixel XL will make their debut. When and if that happens, the official details will finally come to light, and those who have been interested in such devices will finally know whether or not the phones live up to the hype.

Over the past week there have been a few more renders and leaks surrounding both the Pixel and Pixel XL, including a few new render leaks of the devices, as well as some leaked images of cases for the Pixel XL. While the design has largely been unofficially known prior to these new leaks, they do seem to further solidify the design that consumers can expect to see once the phones are unveiled next week.

In addition to all of the previous leaks from around the last month or so, today revealed what are as close to official images of the Pixel and Pixel XL as we will get before Google unveils each device, as Bell Canada and TELUS leaked both phones, as they were listed on their websites for order, although customers can't actually purchase either device. The phone can be seen in both white and black variants.