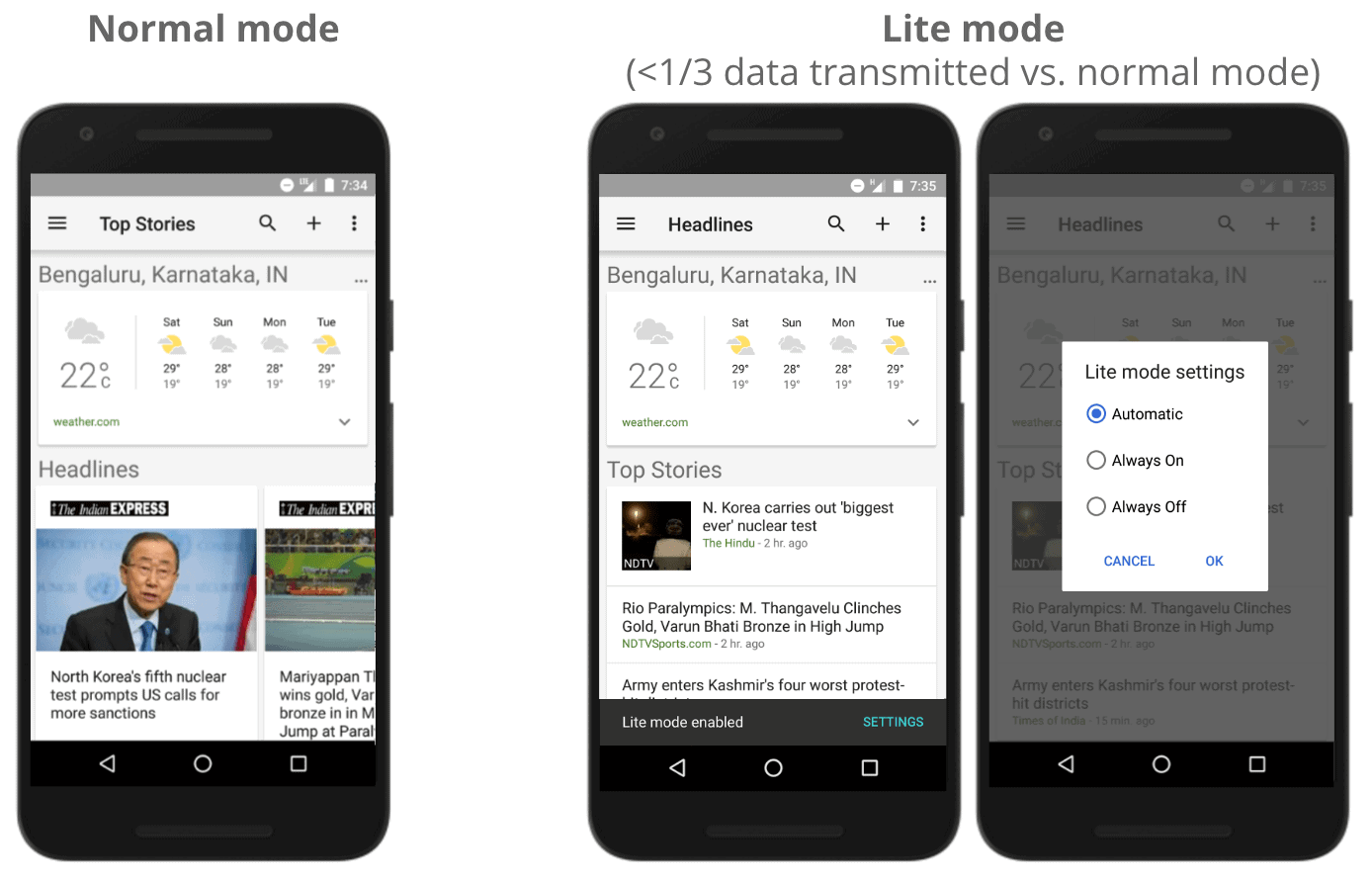 Google has today announced a new update which is rolling out for the Google News and Weather app for Android. While the new headline feature won't be of benefit to everyone, to those it is of benefit to, it will be very beneficial. This is because the new update includes a new 'Lite mode' for the Google News and Weather app. One which will look to limit the amount of data the app uses, while attempting to not impede on the experience received by the user.

In the blog posting announcing the new update, Google does make it clear that the main beneficiaries of this update will be those who live in areas and countries that are resigned to using slower 2G and 3G signals with Google specifically highlighting India as a prime example. In these areas the Lite mode will look to strip away much of the content which is data-demanding. Take this to mean images and the like. Which means that when a data connection is limited, the headlines and news will still be viewable in a timely manner, but without much of the additional fanfare that comes with the app. According to Google, the implementation of Lite mode will be able to restrict the level of data usage to less than a third of the data which would be consumed otherwise.

While Lite mode is designed as an optional feature (where the user can activate as and when needed), the Google post does note that the feature will be automatically initiated when the app detects a slower network speed is being used. According to the details though, the rolling out of the update is going to be a sporadic one with certain areas seeing the new Lite mode taking effect after updating, while other areas can expect to see the feature going live at a later date. Specifically, Google notes that Brazil and Indonesia will get the feature later this year and "more places" sometime next year. You can see an example of the difference between the Google News and Weather app in normal mode and Lite Mode in the image above or head through the link below to download the latest version of the app.