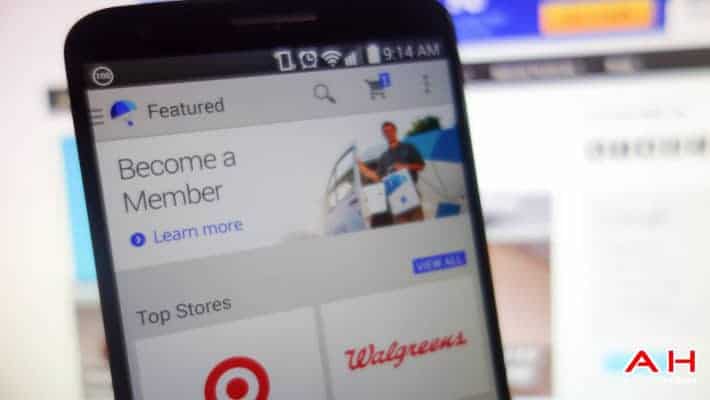 Google's delivery service for everyday items like groceries, known as Google Express, has been available in Google's home state of California and a small selection of other territories, generally quite close by. Now, Google is expanding the service out to the other side of the country, out along the east coast. A handful of states now have select areas served by Google Express, including New York, Delaware, Maryland, New Jersey, Pennsylvania, Rhode Island, New Hampshire, Maine, Massachusetts, Connecticut, Virginia, West Virginia, and Vermont. Served areas will be able to access the service in a similar fashion and at similar costs to areas that have had the service for a while.

Users can subscribe to the delivery service in some areas for $95 per year, or can pay individually per delivery, with a fixed minimum charge per delivery based on what area they're in and what store they're shopping at. If a user manages to spend enough in one store to bring their total over the store's minimum, however, they are eligible for free shipping on the order. For the most part, orders will reach customers within two days. Same-day shipping is available, but will cost extra, even if your order surpasses the store's given minimum or the store you're shopping at has not imposed a minimum charge for free delivery.

Google is testing out Express in some of the larger markets throughout the States at the moment, and for now, no plans for further expansion have been announced. Being in a covered state is, of course, no guarantee that the service will be available in your area; extremely rural customers or those who are too far away from supporting stores may find themselves out in the cold. Users who are interested in checking out Google Express for themselves can start by entering in their zip code on the Google Express website to see if the service is available in their area, and if so, what stores are on board. A number of big names like PetSmart, Costco, and Whole Foods are already on board, and the list is slowly growing to include a wider variety of retailers in more areas.