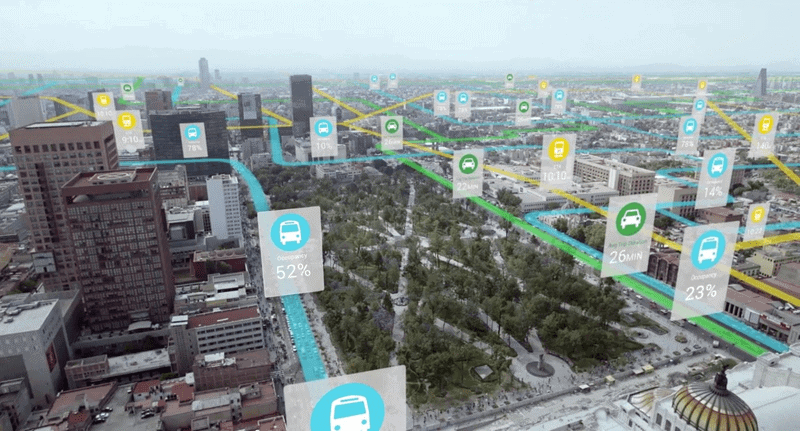 Google Maps has arguably become one of the Internet Giant's most recognizable products. Many of us use it on the way to work every single day, and it's become one of the few Google apps and services that many of us simply can't do without. Perhaps unsurprisingly then, Google has been adding to Google maps consistently over the past five years, and more recently they've been adding some high-profile additions to that, too. Some time ago now, Google acquired Waze, the popular turn-by-turn navigation app that adds in local knowledge to make getting around town a hell of a lot easier, and quicker. To take that even further, Google has now acquired urban-planning firm, Urban Engines, which should help Google understand how a metropolis moves throughout the day and etter improve the traffic-beating features of both Maps as well as Waze.

Urban Engines is an urban-planning firm, one that looks at a city's rhythm and to help the local authorities make sure that their roads as well as traffic management is the best that it can be. The firm was founded back in 2014 and is very much the big data company that you might think it is. With the aim to make getting around town much easier as well as much more straightforward, the firm has helped improve the lives of million commuters as well as analyze masses of data over the years. The firm announced in a blog post that Urban Engines has now become a part of the Google Maps team, and they even enthused that the idea of an "urban OS" could be possible, using GPS beacons as well as devices from the Internet of Things revolution to create a smart overlay to keep the city running on time as well as smoothly from day-to-day.

Right now, there's no telling just what the Urban Engines team will be up to over at Google Maps, but it likely has a lot to do with predictive traffic warnings and alternate routes during certain times of the day. We could argue that Waze already has this, but Waze runs off of local knowledge, while the team at Urban Engine works with local authorities and studies a city to see how it runs on the daily. With this team now part of Maps, Google could work closer with cities and towns throughout the world in order to deliver a better experience all over. For at least two of the founders of Urban Engines, this deal represents a sort of reunion as Shiva Shivakumar used to be Google's Vice President of Engineering, and Giao Nguyen used to be Principal Engineer at the Search Giant.