It’s that time of year again, where the Fall releases start to get underway, and while the Galaxy Note 7 appears to have stalled, the iPhone 7 is starting to reach customers which means that there’s just one line of devices left to hit the market; the Nexus line. Of course, that would be true, but this year it looks as though Google is retiring the Nexus brand to use their Pixel brand, which first appeared with their high-end Chromebook, the Chromebook Pixel. We’ve seen a number of leaks so far, including photos of what the devices might look like at launch, and even the new Pixel Launcher for users to download and try out on their own devices. In that Pixel Launcher leak, some Google apps appeared to have round icons, and according to a new APK teardown from Android Police, this could become the case for all Google apps in Android 7.1.

When Google launched the final version of Android 7.0 Nougat, they also told us that they would be releasing regular maintenance releases for Android, which we can think of Service Packs for older versions of Windows. This goes hand-in-hand with the rumor that the Pixel phones will be launching with Android 7.1, rather than the same Android 7.0 that’s hitting Nexus devices right now. Android 7.0 carries the API Level of 24, while there are apps from Google that have reference to an API Level of 25, which could very well be Android 7.1. An API Level refers to the sort of features that a developer can leverage in the use of their app, which is why new updates often blend in with newer versions of Android better. Android Police took a look at pretty much every available up-to-date Google app that’s out there, and discovered that they all contained a round icon variant of their current icon that appears on devices running Android 4.4 KitKat and above. This would make sense, given that we’ve seen rounded folder icons as well as round icons for a great number of Google apps over the last few months.

Below is a look at the alternative round icons side-by-side the original icons. This change in looks appears to be the expansion of something that Google has been working on for some time now; making Android appear more colorful and inviting to all users. Rounded icons might seem like a small change, but given that these icons are pressed with our finger tips, which aren’t square or angular, it does make a lot of sense for Google to go after a softer, more approachable look and feel with their icons. Whether or not developers will follow suit remains to be seen, but it is likely that Google is trying very hard to create new trend for Android on the whole here. 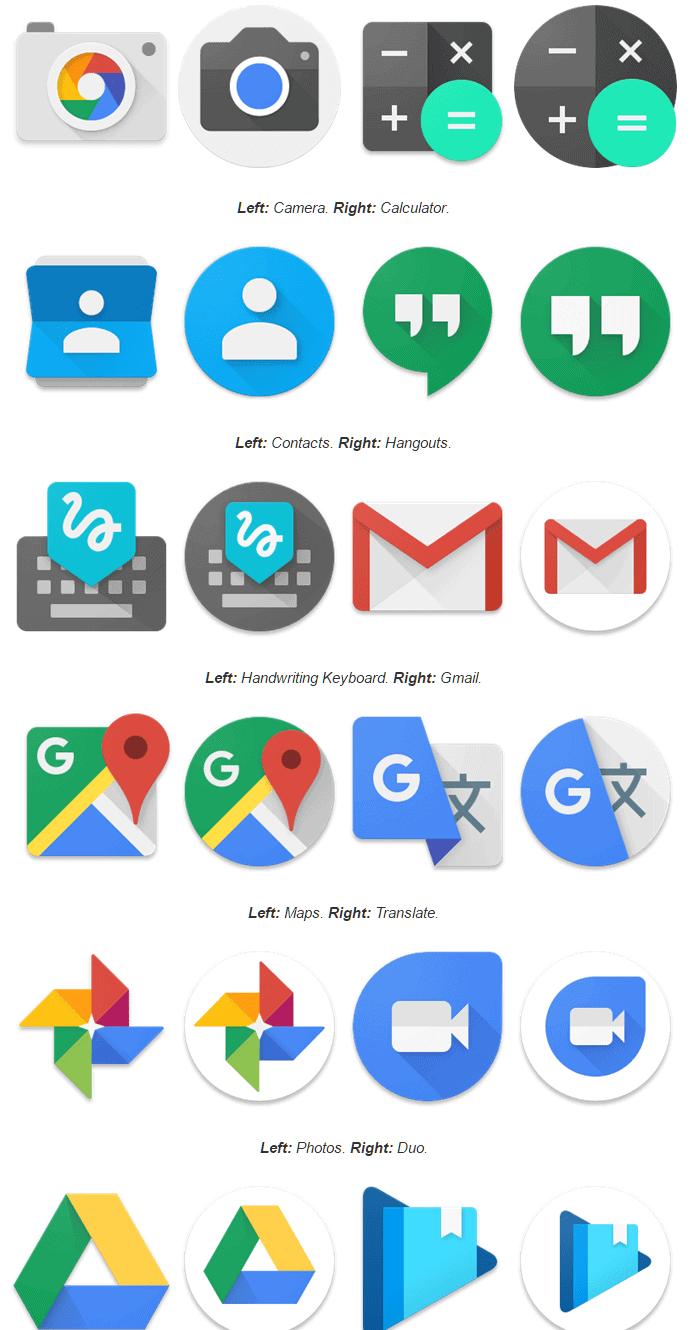