Facebook is always trying to improve user engagement on its platforms as well as the overall amount its users spend on its sites and apps. As part of this, Facebook is always developing new features for its platforms and sometimes it looks at the competition for some inspiration. Only recently did they introduce a Snapchat-like feature on Instagram and it appears that now the company is testing a new feature, this time, inspired by Twitter.

The social media company is currently in the testing phase of a feature it calls “What friends are talking about” that tries to increase the frequency of conversations between users and their friends. What the feature does is essentially collect some of the most recent posts from a friend and then places them at the top of a user’s feed, allowing you to see the comments each post has received. The new feature is similar to Twitter in the way that content from the people a user engage’s with the most is shown at the top of their timeline. Size wise, the new feature doesn’t occupy much room at the top of the feed – it’s roughly the same size as an image post. As this feature is only in the testing phase, it’s only available to a limited number of users and, so far, the feature has only been spotted through Facebook’s Android app, though it’s likely that other users have access to the feature on iOS and desktop. If this is not the case, then there’s a high possibility that Facebook will roll the feature out to select users on these platforms in the near future.

Currently, this is being tested alongside its new feed algorithm which it claims brings users “more informative” content. As well as this, they are also testing videos that autoplay with sound on a user’s feed. While this feature could eventually be scrapped, it’s currently unclear which users will appear at the top of the feed and how Facebook works out who a users “communicates” with more, though it’s likely that Messenger will play a big part in who appears at the top of the feed, as well as a users WhatsApp info which will now be shared with Facebook. Only this summer did Facebook announce that it would prioritize content from friends and family over brands, so this feature could be the next step. 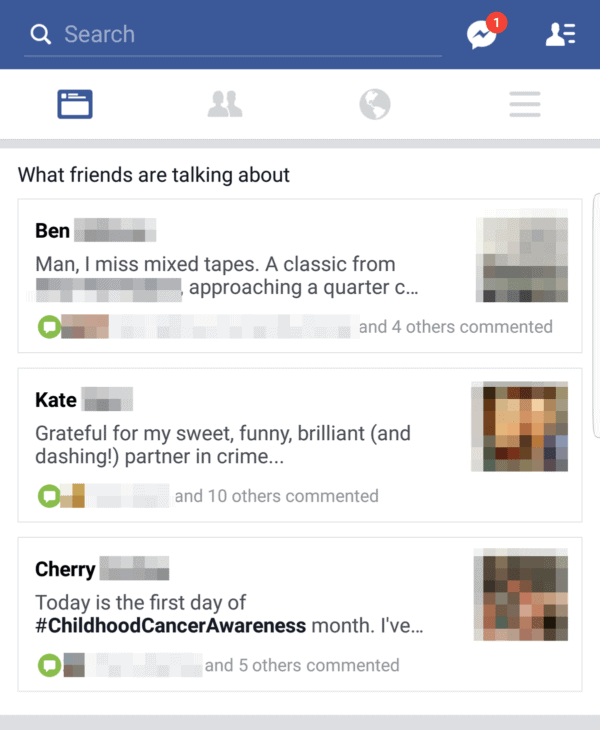