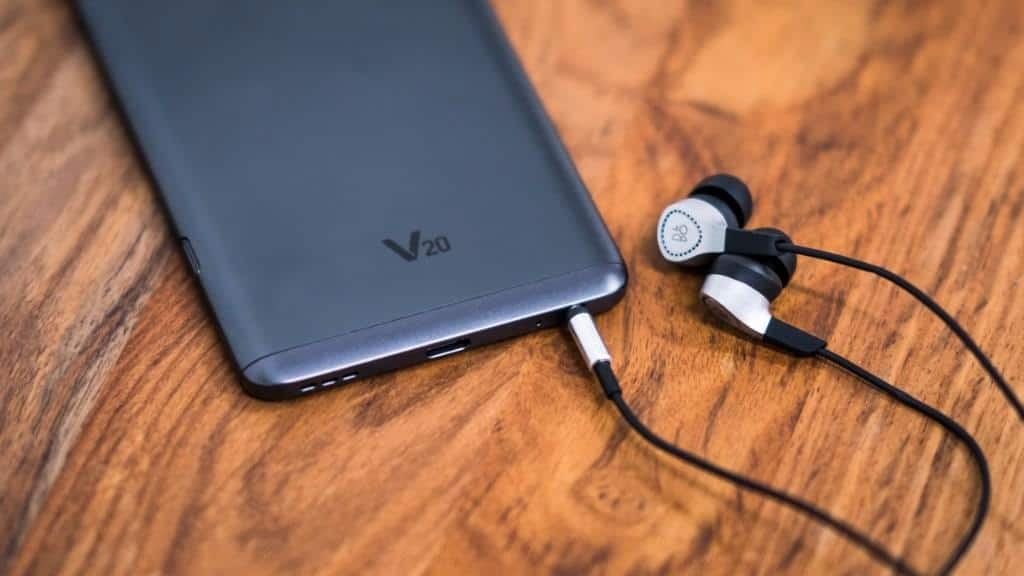 Today was the day that LG made their latest smartphone, the LG V20, official. As such and following a period of rumors and speculation, all of the features and specs of the latest LG device are now confirmed. However, in the build up to the release of the V20, LG did provide snippets of information on what could be expected. For instance, in the latter part of August (and following the confirmation that the LG V20 will be the first device to ship with Android 7.0 Nougat out of the box), LG also confirmed that the V20 will come with a ‘premium audio experience‘.

That is exactly what LG has reconfirmed today. As they did back in August, LG has again confirmed that the LG V20 comes with some additional B&O Play functionality. Likewise, while LG did confirm that the V20 would come packing “a special pair of B&O PLAY earphones”, little was known as to what (or which) exact earphones would be on offer. Now it is clear that the V20 will come loaded with a free pair of B&O Play H3 earphones. This in itself does offer quite the value for money, as these earphones do typically cost upwards of $149.99 to buy on their own. So compared to some of the free earphones you often do get bundled with a smartphone, these ones will offer quite the improvement in audio playback and especially when coupled with the other high-end audio enhancements that have been included on the V20 as well. Although, it does need to be pointed out that the free B&O Play H3 earphones is not a permanent freebie as LG has also confirmed that the free pair of headphones will only be available for a limited time, although no firm details have been provided as to how limited that time is.

In terms of what else you can expect with the LG V20, this is a smartphone which comes packing a 5.7-inch display and makes use of a 2560 x 1440 resolution, as well as a secondary display. Inside, the LG V20 comes loaded with 4GB RAM, 64GB internal storage and is powered by a Qualcomm Snapdragon 820 processor. In terms of cameras, there is a 16-megapixel camera on the back (as well as an additional 8-megapixel sensor), which is coupled with a 5-megapixel front-facing camera. Additional features include a microSD card slot for expansion when needed, a 3,200 mAh battery, Quick Charge 3.0 support, USB Type-C connectivity, Android 7.0 (Nougat), and more.