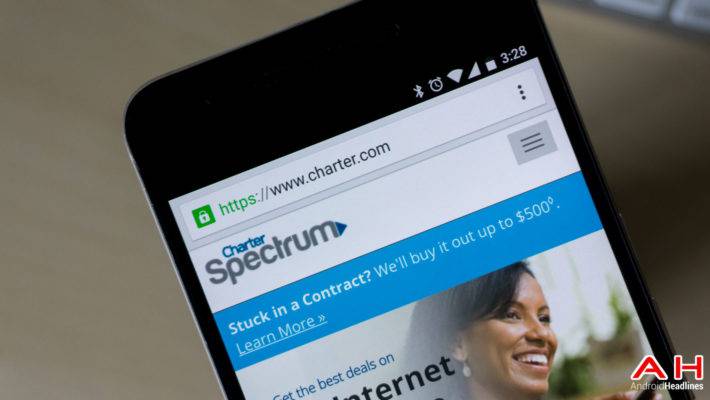 Following in the footsteps of Comcast's news yesterday, about the company looking to become a wireless carrier by utilizing their agreement with Verizon and their WiFi hotspots that are already available around the country. Charter is now looking to do the same. Charter's CEO stated that they asked Verizon to activate their MVNO agreement. This agreement was actually inherited by Charter Communications when they purchased Time Warner Cable and Bright House Networks earlier this year.

From the little information that has been made public about Charter's plans to become an MVNO, the company is looking to utilize their own WiFi hotspots and Verizon's network, similar to what Comcast is planning to do. This is also very similar to what Google's Project Fi already does. However instead of using multiple mobile networks (Project Fi uses Sprint, T-Mobile and US Cellular), Charter and Comcast only appear to be looking to use Verizon's network right now – likely because they already have these agreements in place with Verizon.

An MVNO – which stands for Mobile Virtual Network Operator – is a carrier that relies on someone else's network for connectivity. Those that subscribe to Charter's service would be using Verizon's towers when Charter's WiFi hotspots are not available. It'll likely be cheaper than what Verizon charges, however it's important to remember that MVNO customers will get slower speeds on towers that are in busy areas. Seeing as postpaid customers get priority over prepaid, and MVNO customers on Verizon's towers (this goes for any carrier, not specific to Verizon). That's an important aspect to think about before signing up with either Charter or Comcast.

The whole reason behind these two cable companies getting into the wireless business, is to sell more services. Customers are more likely to get home internet or even cable from Charter or Comcast, if they can bundle it with their wireless service and save some cash. That is something that AT&T and Verizon have been doing (although Verizon isn't available in as many markets as AT&T's home internet and cable are). Charter's CEO, Tom Rutledge didn't give many details on the company's MVNO aspirations. But we should learn plenty more over the next few months and into 2017.