The incredible success of Pokemon GO has recently kind of overshadowed some of the other mega-popular mobile games on the market but that isn’t to say Niantic Labs is the only one impressing the industry. In fact, King Digital Entertainment has been doing that since 2012 when it originally launched Candy Crush Saga which proved to be a huge commercial success and was the main reason why Activision Blizzard cashed out almost $6 billion to acquire the Irish company last year. Not much has changed since then as Candy Crush Saga continues to entertain tens of millions of people worldwide and is still one of the most popular mobile games which ever appeared on the Play Store.

Earlier today, the candy-infused puzzler achieved another impressive milestone as King revealed that its players have just completed a trillion games. To put things into context, that basically means that on average, every human being in the world played Candy Crush Saga 140 times. To celebrate this huge achievement, King has just updated the game with its 2000th level which can be accessed by anyone who reached level 10. However, that option will only be available during the game’s celebratory period which runs from today until next Wednesday. After that, you’re going to have to clear the first 1,999 levels before getting to play the anniversary one. No big deal, right?

In addition to celebrating this milestone with a new level, King Digital Entertainment also released a new infographic which reveals a bunch of cool facts about Candy Crush Saga player activity. Among other things, the studio claims its mega-popular mobile game was so far played on all seven of the world’s continents and averages 18 billion completed game rounds per month. If that’s not impressive, how about the fact that Candy Crush Saga players conduct 41,197,500 kilometers or 25,598,939 miles worth of swiping on a yearly basis? Yeah, the game’s pretty popular, to put it mildly.  Naturally, King has zero intention of abandoning its popular creation and is promising more content and features for years to come. Whether that will be enough to ever achieve two trillion completed games remains to be seen but whatever happens to be the case, Candy Crush Saga has already cemented its place in the history of gaming. 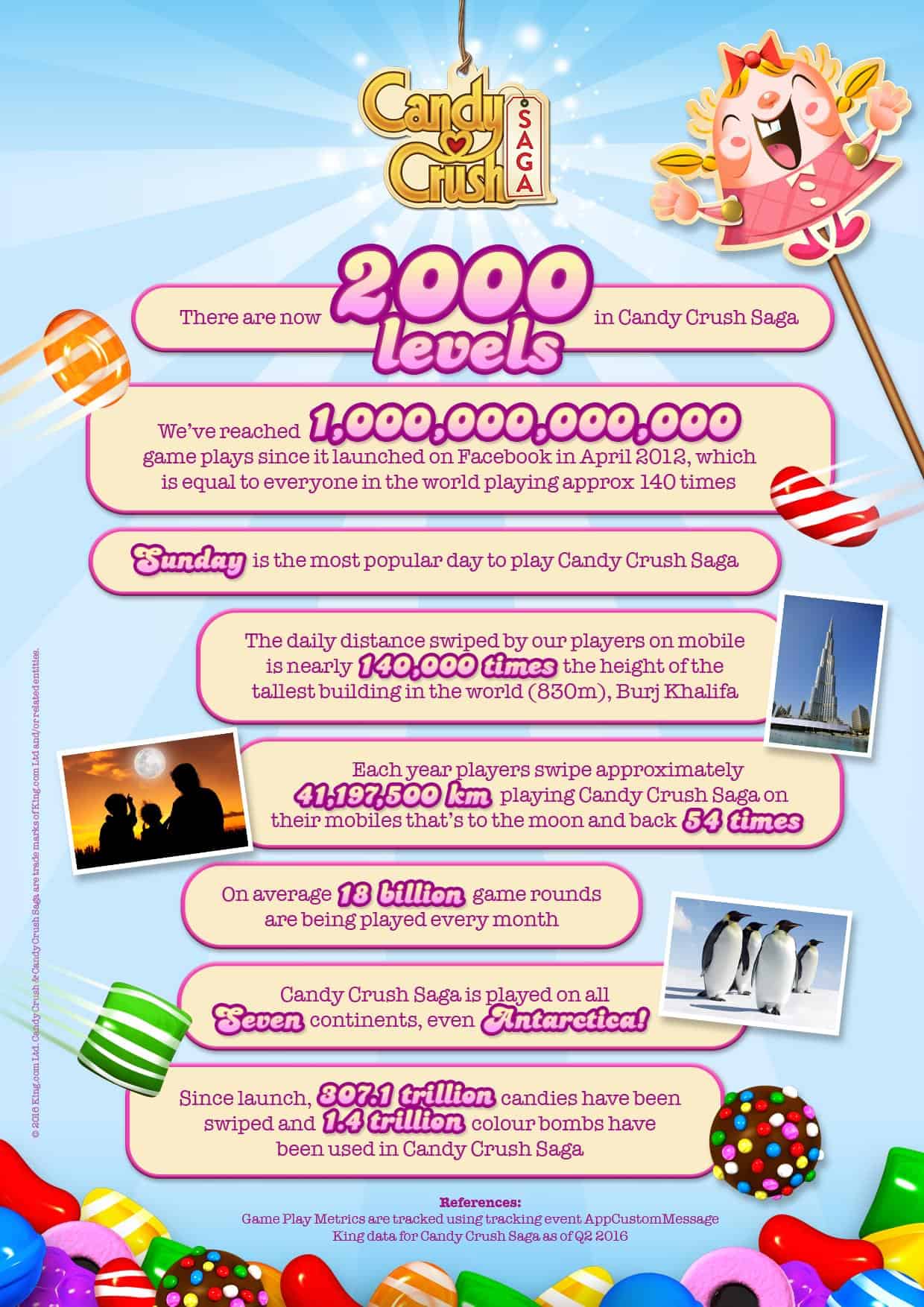