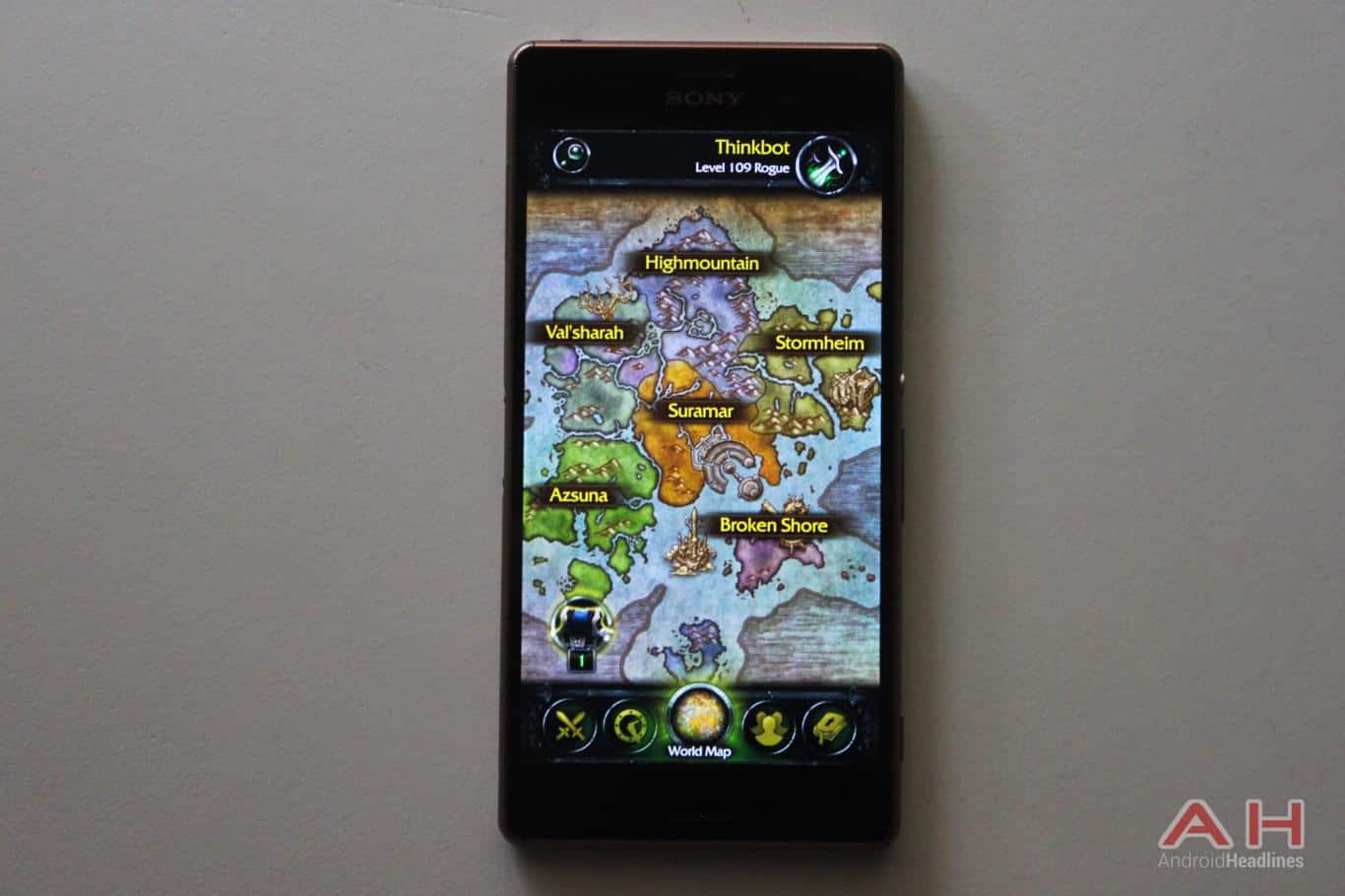 If you're one of the likely many subscribers of Blizzard's popular World of Warcraft MMO who has been diving into the latest expansion, Legion, then you'll be happy to know that there is now a companion app available to help you make the most of some of the new features that are introduced with the new content. While not allowing players to interact with every new feature that the expansion offers, you can use the Legion Companion to manage your class order hall quests, view the world map, and more. Naturally, the WoW Legion Companion app is free, and you can pick it up from the Play Store at this very moment if you want a new way to stay engaged with the game and enhance your play experience.

If you're an avid World of Warcraft player and you spent time with the last expansion, Warlords of Draenor, then you're already familiar with the content like Garrisons and how they play a role in the game. In Legion, you have access to something similar with the Class Order Halls, and with these you'll be able to send followers on missions to collect things such as gold, items and other loot which can be used by your characters. The app allows you not only to gain new recruits for missions, but start missions as well, and equip your followers with new gear and/or view their stats.

Legion also introduces various world quests, and once you've gotten to a certain point in the game you'll be able to engage in these world quests with other players for a chance at tons of different loot. The map within the WoW Legion Companion allows you to track where these world quests will be at any given time which can be pretty useful if you're trying to complete them. There is also a tab down at the bottom of the page that will let you complete various types of research for your class order hall, and when completed this is yet another way that you can end up obtaining some useful stuff, although instead of loot, the research will instead give you a chance at having your followers come back from successfully completed missions with things like a vault ticket, which can then be used to grab random loot rewards. If you play Legion already or if you're planning on picking the game back up, this is an app which you'll want to have installed as it enhances the gameplay experience.