BlackBerry’s DTEK60 device has just shown up at the FCC, signifying that an announcement or official launch of the phone could be coming just around the corner. The filing, which is mostly just a series of test reports and the data regarding them, does have some details about the phone that explain key pieces of information. Judging by the image below taken from the FCC listing, it shows the back of the device and that the device will be 75mm wide with a height of 153mm, while a diagonal corner to corner length will be 162mm.

This doesn’t tell us how much of the display will actually be usable screen space, but it does give an idea of what to expect from the screen size. Based on the height and the diagonal measurement of the phone, the screen size would seemingly be somewhere around 6-inches, but based on the leaked specs on the DTEK60 from last week that briefly surfaced on BlackBerry’s official site, the phone will actually come with a 5.5-inch display so there will likely be some thicker bezels on the face of the phone. The image also details that the device will come with NFC integrated into it while showing the location of the NFC antenna, as well as the locations for a rear-facing camera, the Bluetooth/Wi-Fi antenna, and the WWAN main Antenna.

The DTEK60 will be BlackBerry’s second phone of the year to launch, assuming it does actually launch before the end of the year, following the DTEK50 which launched earlier this year in the Summer. This is also going to be the second of three BlackBerry devices to launch as noted by BlackBerry in a statement from earlier on this year. According to the leaked specs for the DTEK60 from last week the phone will also come with 32GB of internal storage and 4GB of RAM, while sporting a Qualcomm Snapdragon 820 processor. The specs also have the device listed as having a 21MP rear camera, an 8MP front camera, and a display resolution of 2560 x 1440, with USB Type-C and a 3,000mAh battery inside. The Android version was not listed. There is no information yet on a launch time frame for the phone, nor is there details on price, but given the higher-powered specs, the DTEK60 will likely cost more than the DTEK50 that came before it. 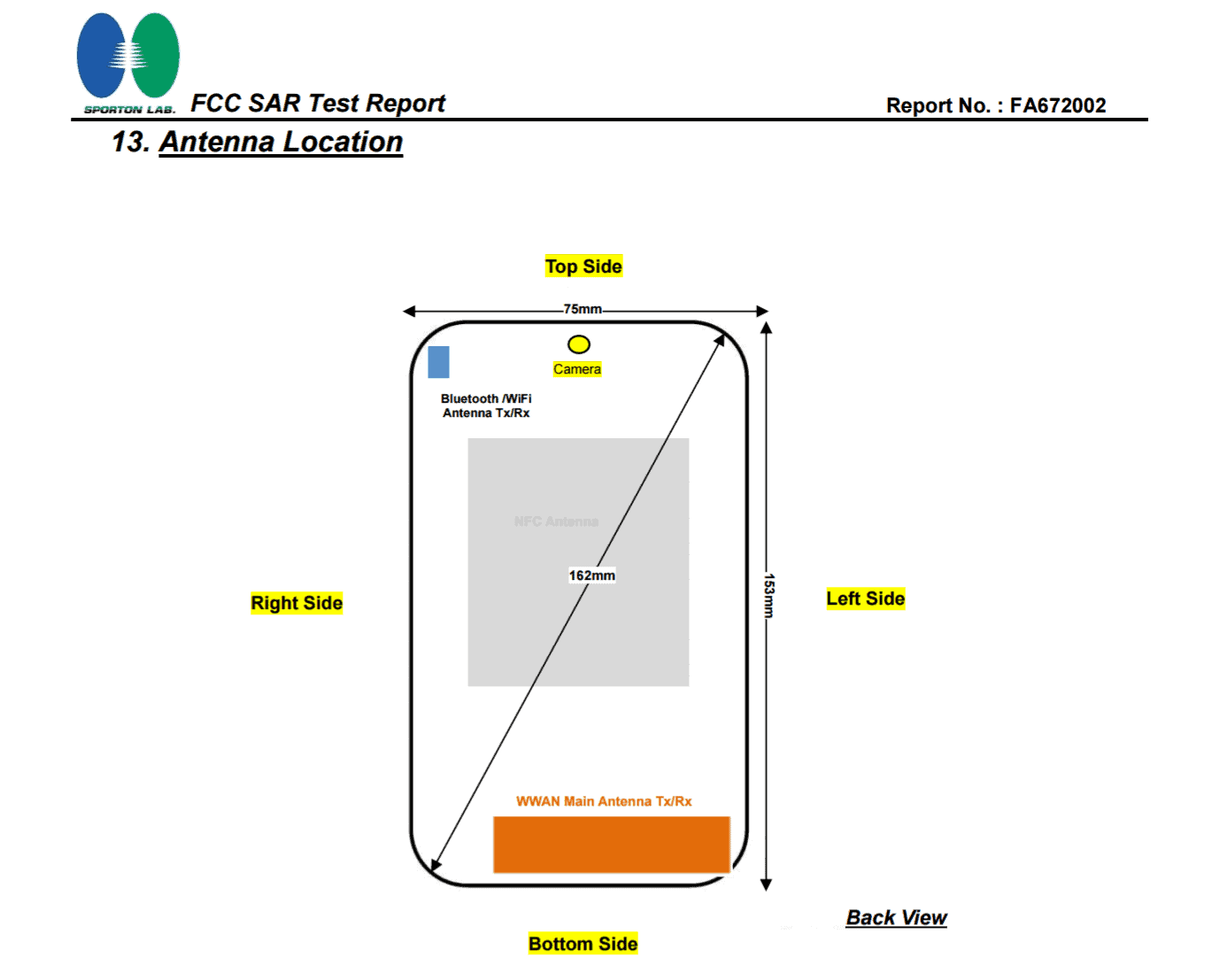