Samsung has had their hands full since the release of the Galaxy Note 7, their latest and greatest phablet. As many impressive capabilities as the device has, it has one glaring problem – some units have been exploding when charging the battery. Now, the Galaxy S6, Galaxy S7, and Galaxy S7 Edge are experiencing some battery issues of their own. Fortunately, however, these issues don’t appear to be quite as serious and are not unfixable.

The issues occurred for many users after updating their Oculus app, which provides content for Gear VR, Samsung’s virtual reality headset. Users say that prior to the update, their devices were functioning properly, but after the update, their batteries would drain much faster than usual and their devices would get worryingly hot. One user even mentioned that as an employee at a Sprint authorized retailer, he has seen a Galaxy S7 that was returned due to massive physical damage that occurred after the device caught fire from overheating. The report has not been officially verified, but the model number does support his claims. Samsung users who have been affected by battery issues after updating the app have addressed Oculus directly via social media to try to get the company’s attention, and Redditor Josh4R3d created a thread on Reddit to help other users experiencing the issues, to which many have replied with thanks, stating that uninstalling the app has solved their problems. If you have the Oculus app installed and have been noticing issues with battery drain or overheating, uninstalling the app is easy. Simply go to your Settings menu, find Applications and select Application manager. From there, locate the Oculus app and choose Uninstall.

Although there have not been widespread reports of Galaxy devices aside from the Galaxy Note 7 catching fire or exploding, the fact that these devices are overheating is worrisome, to say the least, and it’s probably a good idea to stop charging your device and turn it off if you feel that it is dangerously hot. And as the problem appears to be with the Oculus software, it may be wise to steer clear of it until an update has been issued to correct this problem. 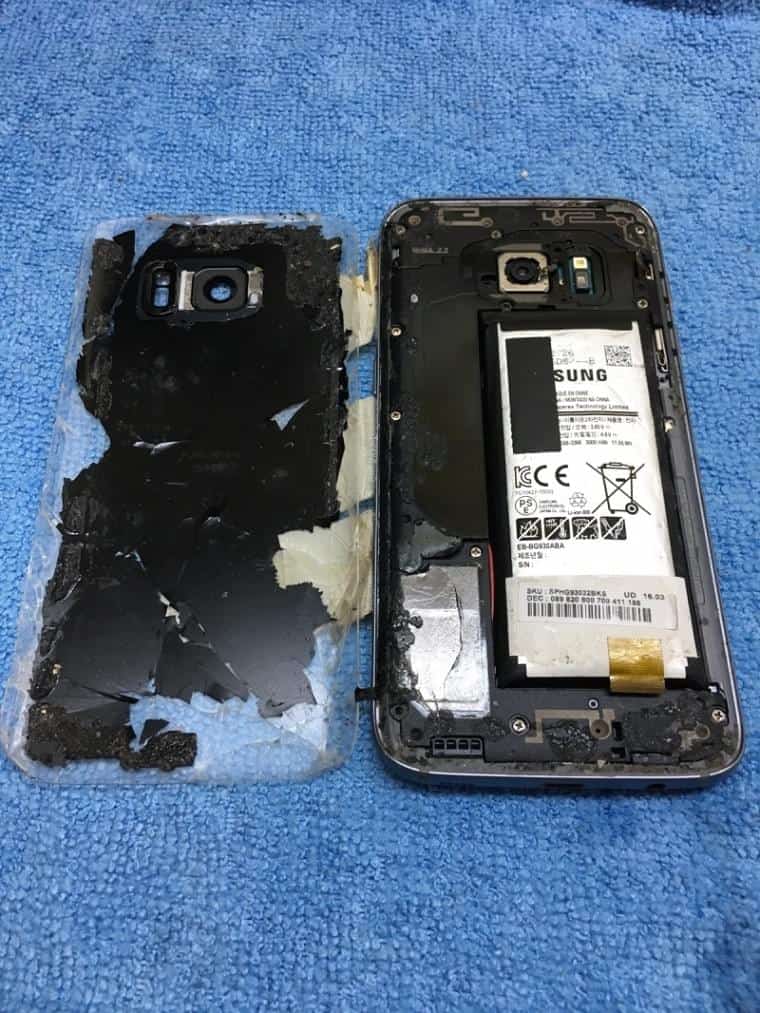