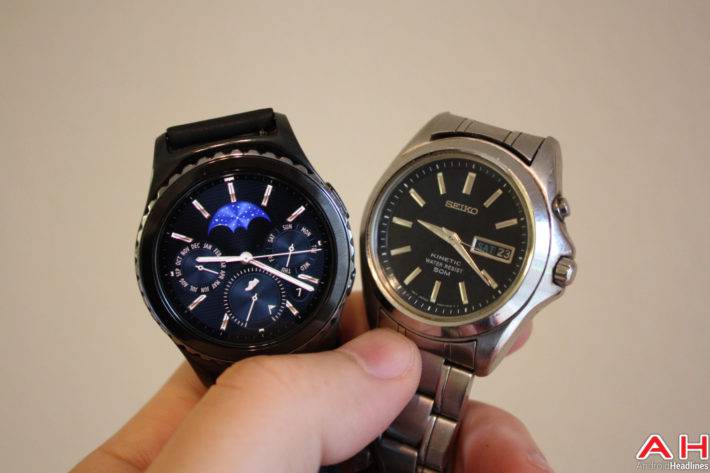 Alphabet has tons of projects they are working on, some of which are public and others, not so much. This new smartwatch from Verily is one of those projects that was not public, at least until now. Verily, which is Alphabet's life sciences division, has been working on this smartwatch for quite some time, and according to an interview that MIT Tech Review conducted with Verily's CTO, Brian Otis, they have built "hundreds" of prototypes.

This smartwatch has a few things going for it. One is the fact that it is using an e-ink display. This will help keep power consumption down on the smartwatch. Since it only shows black and white on the wrist, compared to the LCD and OLED displays on other smartwatches, like those from Samsung, Huawei and Lenovo. On top of that, Verily is designing their own chips to power the smartwatch, which are designed to keep power usage down as well. Otis stated that the goal now for smartwatches "is low-power". Which is completely true. Users want smaller smartwatches, but also better battery life. And that can only be achieved by lowering the power consumption.

However that's not the whole story of this smartwatch. This is a smartwatch that is designed for medical researchers, and it includes a slew of medical sensors that collect all sorts of data from the body. This is all in addition to the heart rate sensor that you'll find on many smartwatches today. Currently, the company is attempting to sell this smartwatch to medical researchers. So it's unlikely that these smartwatches will be available in your local Best Buy or even for sale on Amazon.

Alphabet has a lot of different things going on, but one thing that is definitely apparent is that they want to get into the medical field. They've already unveiled numerous products that hint at that. Including a project with Verily and Sanofi working together to treat diabetes. Then there's also Glass which has been widely adopted in the medical field, with surgeons using it as a teaching tool during surgery. Allowing interns to watch the surgery that is being performed, like they are right there performing it themselves. Since Glass shows what the user is actually seeing.