The Fall is, for a lot of Android fans, that time of year they’re guaranteed a new release of Android as well as new hardware to run it on, straight from Google. Of course, previously there has been a middleman involved be it LG, Samsung or Huawei creating these Nexus devices. This year however, it seems as though things will be different, and that Google will be announcing devices “Made by Google” and add stock Android smartphones to their existing Pixel line. So far, we have heard – and seen – quite a bit about the Pixel and Pixel XL smartphones that Google is rumored to be launching next week during an event. Now, more renders of what these smartphones could look like have appeared online.

Shared by Twitter user @iamaniff, there are two images of 3D renderings of what appear to be the Pixel and Pixel XL smartphones. The tweet was shared on Reddit, and while Redditors aren’t exactly sold on the concept, these do give us more of an idea of what these devices could look like when Google unveils them next week. The design used for these renders, of which only the back is shown in, appears to resemble the leaked images that surfaced not too long ago (although a camera flash does appear to be missing, for whatever reason). As such, it’s more than likely that these are simply renders created by an eager fan looking to get their hands on the new devices. The tweet in question came with a little commentary of “Completed by HTC, approved by Google”, which suggests that HTC were given a lot of freedom to help design these devices. Given that Google is looking to go with the tagline of “Made with Google” for this year’s devices, as well as brand the hardware with the classic “G” that Google has become known, this seems unlikely.

Whether or not these are the final renders of the upcoming Pixel and Pixel XL phones, we don’t have long at all to wait. Given that these devices are rumored to feature much-improved cameras, a Snapdragon 820 or even a Snapdragon 821 as well as be the first devices with support for Daydream, it sure feels as though the wait has been worth it. 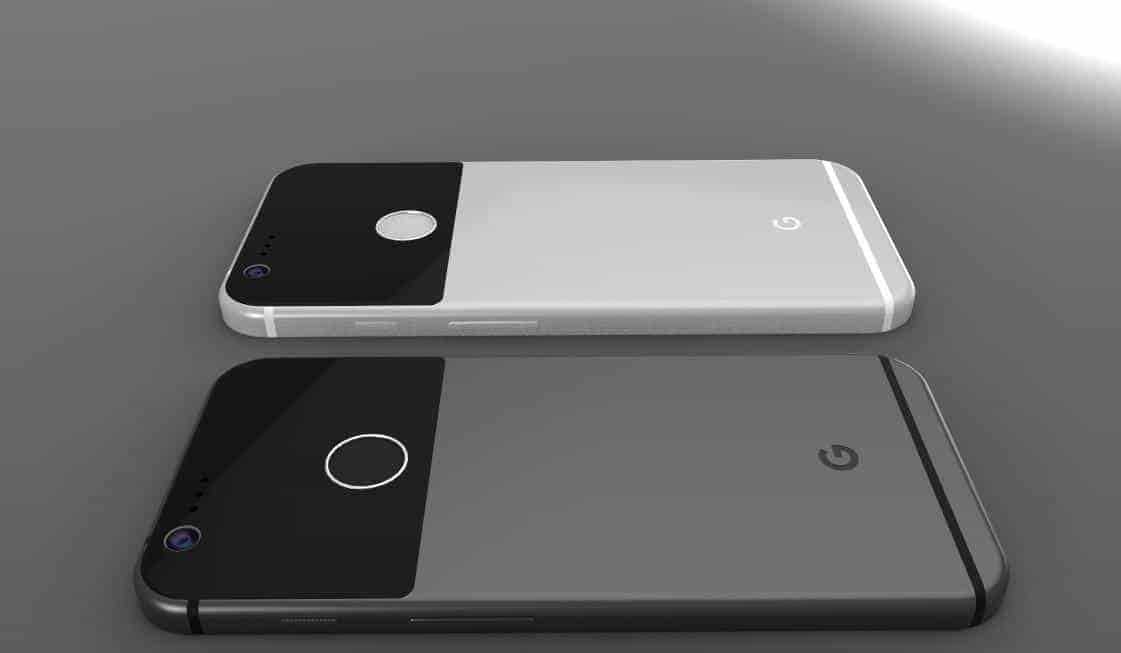