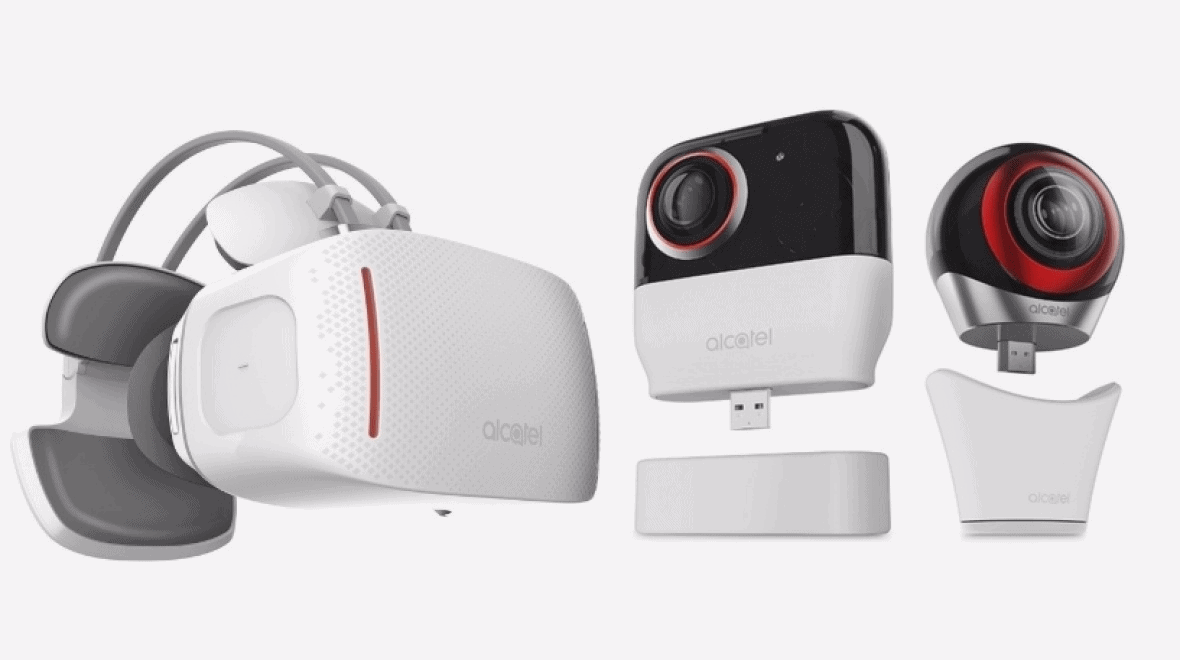 So far this week, we’ve seen Samsung announce the new Gear S3, Lenovo try their best to reinvent the humble tablet, and we’ve had a fair share of virtual reality announcements. While Acer has partnered with Starbreeze as well as IMAX to start working on the next-generation of immersion at the movies Alcatel is looking to bridge the gap between mobile virtual reality headsets and higher-end competition such as the HTC Vive and the Oculus Rift. With the VISION, Alcatel is outlining an ambitious product that could be just what a lot of virtual reality on-the-fencers have been waiting for.

The VISION is a completely wireless and standalone virtual reality headset. It doesn’t need your smartphone to act as the display, and it doesn’t need to be plugged into your PC or smartphone. Instead, Alcatel has developed something with the innards of most smartphones as well as a display designed specifically for virtual reality. With two 1080p displays at 3.8-inches apiece, creating 120-degree immersion, the VISION already has a lot going for it. There’s 32GB of onboard storage here as well as 3GB of RAM, and while Alcatel is not the first name you think of when you think of content, they’ve made some key partnerships there as well. The company has signed partnership deals with Magic Interactive, Fraunhofer and Jaunt VR to ensure that the VISION launches with quality content onboard. Thanks to a 3,000 mAh battery and AMOLED displays, the VISION is said to be good for at most 3 hours of gameplay, which is pretty decent at this early stage.

The big question throughout all of this however is just who and how the VISION will get its content. It’s unlikely that it can stream virtual reality games from Steam, and it’s presumably running Android under-the-hood, which could lead to a custom app store of sort. With unannounced pricing, but figures hovering around the $500 to $600 mark, the VISION is not to be sniffed at. Nor should it, with 17-milliseconds of latency as well as adjustments for myopia and the option for users to wear glasses while using it, the VISION sounds like a pretty great concept.

On top of this VISION announcement, Alcatel has also partnered with a raft of 360-degree camera brands. These include 360fly, ALLie Camera, Arashi Vision (Insta 360 4K) and Primesom (Nico360). Thanks to these partnerships, Alcatel is producing the new Alcatel 360 camera, which can be plugged into the microUSB port on an Android smartphone to transfer clips and such. Hopefully, there will be more info on the VISION headset and Alcatel’s newfound commitment to virtual reality later in the year.