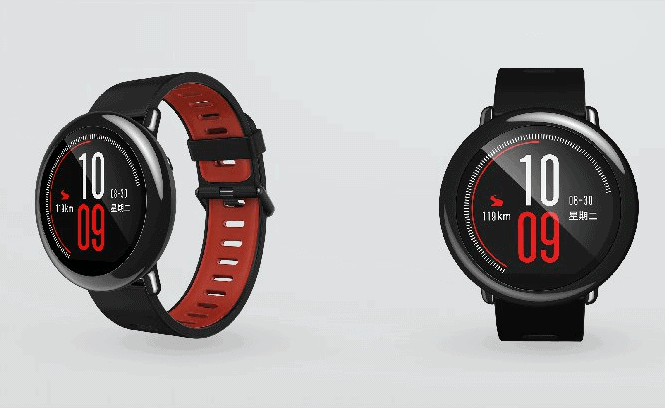 Xiaomi had released a number of different tech gadgets to date, ranging from smartphones, tablets and fitness trackers, all the way to smart rice cookers, smart scales, etc. Many people have been wondering when will the company introduce a smartwatch though. Well, a report which surfaced back in April said that the company's smartwatch will land in the second quarter of this year, and that did not happen. The company did announce such a device today, though, well, sort of… read on.

Xiaomi's sub-brand, Huami, has just introduced a smartwatch called AMAZFIT Watch. This name might be somewhat confusing considering that Huami introduced a fitness tracker with that very same branding in September last year, but there you have it. In any case, the AMAZFIT Watch is a circular smartwatch, which seems quite sporty, at least based on the provided images. The AMAZFIT Watch sports a 1.34-inch 300 x 300 display, while it also packs in 512MB of RAM and 4GB of internal storage. The watch is fueled by what seems to be a single-core SoC running at 1.2GHz, though we still don't know what SoC model are we looking at here. The 200mAh battery is also included in this package, and the watch comes with IP67 certification for water and dust resistance. Huami says that this watch is the first smartwatch equipped with the 28nm GPS sensor, and interestingly enough, the watch's bezel is made out of ceramic, which should make it scratch resistant. The watch band is replaceable, and it is compatible with basically any 22nm band out there, so you can customize it the way you want, even put a leather band on if that's what you prefer.

Now, Huami says that this watch is capable of running for approximately 11 days if it's just tracking steps, it will provide 35 hours of battery life if GPS is turned on, and the company says that an average of 5 days can be expected if you use the watch in normal conditions. This gadget also packs in a heart rate sensor on the bottom, as you can see in the provided images, and you can also use this watch in order to pay for stuff through Alibaba's AliPay mobile payment service. The AMAZFIT Watch is priced at 799 Yuan ($120) in China, and will be available starting tomorrow.