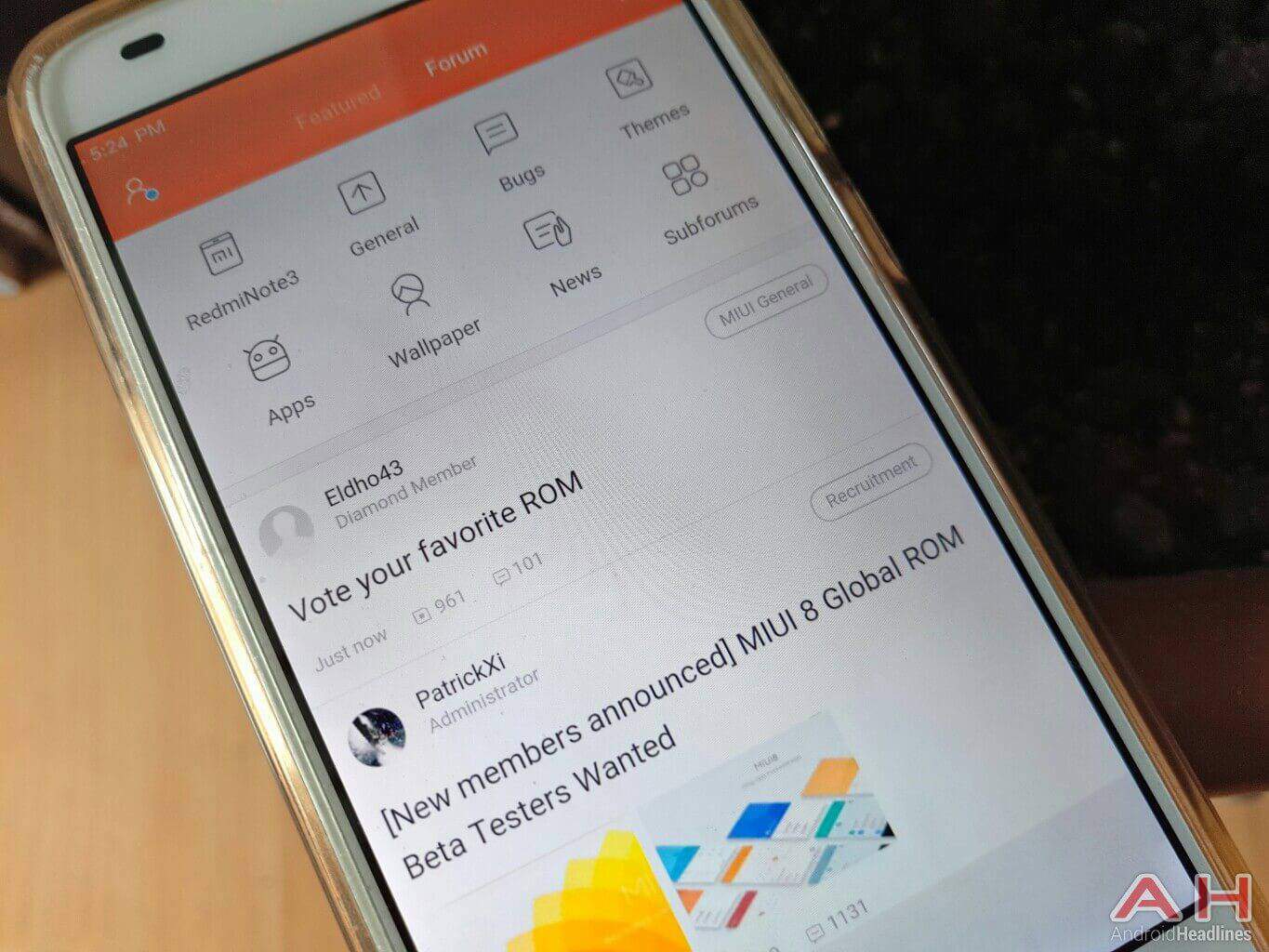 Xiaomi is one of the largest smartphone manufacturers in the world. This China-based company managed to accomplish a lot in a short time span, the company was founded in 2010, and in less than 5 years they managed to claim the number 1 spot in China. Huawei is currently the largest smartphone manufacturer in China, but Xiaomi is still coming strong, they've released quite a few devices this year, and are constantly improving their Android-based OS, MIUI 8 was introduced a while back and it will become available to a number of devices soon (stable version), and while we're waiting for that to happen, we have some great news for those of you who visit MIUI Forum frequently, read on.

Xiaomi has released an official MIUI Forum app, and it is available for pretty much everyone via the Google Play Store. MIUI Forum is a website which releases plenty of info when it comes to Xiaomi's devices, especially for those of you who don't understand Chinese. As soon as Xiaomi launches a product chances are you'll find all the necessary info in a thread opened on the MIUI Forum website. Well, you won't need to visit the website any longer, the official MIUI Forum app is here, and it's quite good actually. The app functions well, has all the necessary options you'll need out of it, and as far as the design is concerned, it pretty much looks like one of the apps in MIUI 8. You'll be able to access various forums categories quickly thanks to this app, and basically do pretty much everything you are able to do via a website, but if you're using a phone, a native app is a far better choice, of course.

MIUI 8 beta has been available for quite some time now, and the official (international) version of MIUI 8 should have become available in a couple of days, but Xiaomi has opted to postpone its launch until the end of this month. That's not exactly a long wait, but we're pretty sure tons of you are eagerly awaiting for MIUI 8 to become available, so every time Xiaomi postpones its launch they manage to annoy consumers, of course. Either way, if you'd like to check out the MIUI Forum app while you're waiting for MIUI 8, click on the Google Play banner down below.