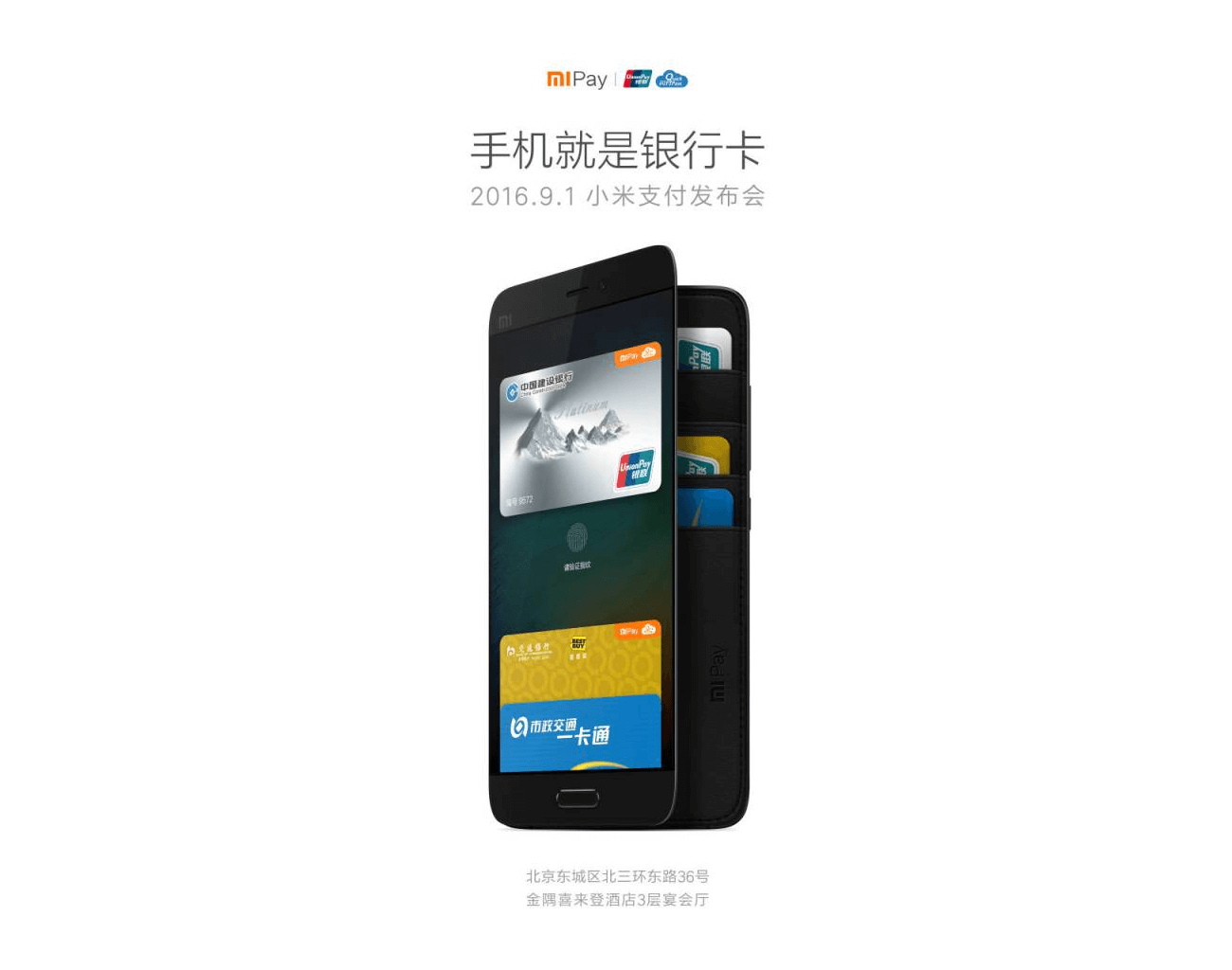 Xiaomi is a rather versatile company. This China-based tech giant is first and foremost a smartphone manufacturer, but they’re far more than that. Xiaomi had released a ton of non-smartphone tech gadgets thus far, including smart scales, tablets, fitness trackers… and even a smart umbrella, and a smart rice cooker, believe it or not. These are just some of Xiaomi’s products, while it is also worth noting that the company develops their very own Android-powered OS called MIUI.

That being said, the company had introduced their very own payment system about two weeks ago, called Mi Pay. As you already probably know, Android Pay, Apple Pay, Samsung Pay, LG Pay and a number of other Chinese payment systems are already in place and available out there, and Mi Pay will soon join them. Back when the Mi Pay was announced, Xiaomi did say that the service is coming soon, but they did not say when. Well, it is official now, Xiaomi’s new NFC-based payment service will go live on September 1st. The service will first be available in China only, and other countries will support it later on, though Xiaomi did not say when can we expect this service to be available outside of China, we’ll just have to wait and see what happens.

Now, the Mi Pay service functions like pretty much every other NFC-based payment service, there’s nothing that special about it. It uses NFC to connect and make a payment, and it seems like it will be available only on Xiaomi’s devices, similar to Samsung Pay. It is also worth noting that Xiaomi has already partnered up with a number of banks in China, including the Bank of Communications, China Construction Bank, China Merchants Bank, Huaxia Bank, Industrial Bank, Minsheng Bank and Ping An Bank. That is pretty much everything we know thus far, Xiaomi’s service will become available in only two days in China, and chances are we’ll get far more info once it finally goes live. We’ll do our best to keep you informed if any new info surfaces before then as well, as per usual, stay tuned.