Xiaomi had managed to sell over 110 million ‘Redmi’ smartphones thus far, and they’ve introduced quite a few of them this year as well, including the Redmi 3, Redmi 3s and Redmi Pro devices. The Redmi 3 was introduced in January, while the Redmi 3s followed in June. The company had introduced the Redmi 3s in their homeland, China, though we knew that it will land in India as well at some point. Well, that has just happened, Xiaomi has basically introduced two variants of this handset in India, read on.

Xiaomi has just introduced the Redmi 3s and Redmi 3s Prime in India, these two devices are almost identical, there are a couple of spec differences between then though, the ‘Prime’ variant is a bit more powerful, as it was the case with Xiaomi’s previous smartphones. The Redmi 3s (Prime) is made out of metal, and it sports a fingerprint scanner (only the ‘Prime’ variant) on the back, while its speaker is also placed there. The power / lock and volume rocker keys are placed on the right-hand side of the Redmi 3s (Prime), and the rear-facing camera is located in the upper left corner of the device’s back. Up front, you’ll find three capacitive buttons which are a standard for Xiaomi’s devices at this point, menu, home and back, respectively.

As far as specs are concerned, the Redmi 3s (Prime) features a 5-inch 720p (1280 x 720) display, along with 2GB / 3GB of LPDDR3 RAM and 16GB / 32GB of expandable internal storage. The ‘Prime’ variant comes with 3GB of RAM and 32GB storage, in case you were wondering. Anyhow, the Redmi 3s (Prime) is fueled by the Snapdragon 430 64-bit octa-core processor, along with the Adreno 505 GPU. On the back of this phone, you’ll notice a 13-megapixel PDAF camera (f/2.0), while a 5-megapixel snapper is located on the front side of Xiaomi’s latest offering for the Indian smartphone market. The 4,000mAh battery is also included here, and so is 4G LTE connectivity, and an IR blaster. The device measures 139.3 x 69.6 x 8.5mm, while it weighs 144 grams. Android 6.0 Marshmallow comes pre-installed here, with Xiaomi’s MIUI 7 OS on top of it.

The Redmi 3s (Prime) comes in Dark Gray, Silver and Gold color variants. The regular model of this smartphone costs Rs. 6,999 ($105) in India, while the ‘Prime’ comes with a price of Rs. 8,999 ($134). Both of these devices will be exclusive to Mi.com and Flipkart (at first), the Redmi 3s will become available starting August 16th, while its ‘Prime’ variant will arrive even sooner than that, August 9th. 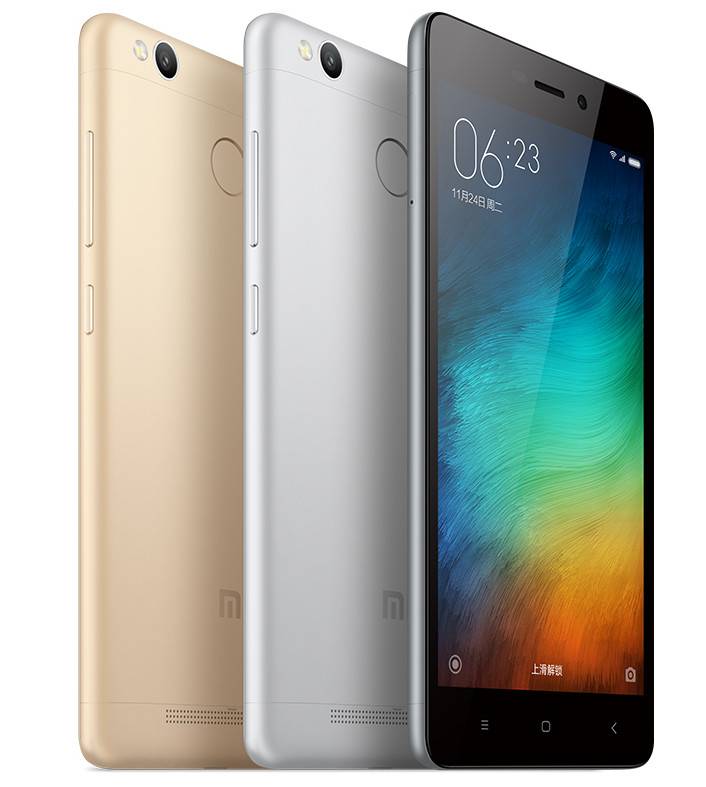