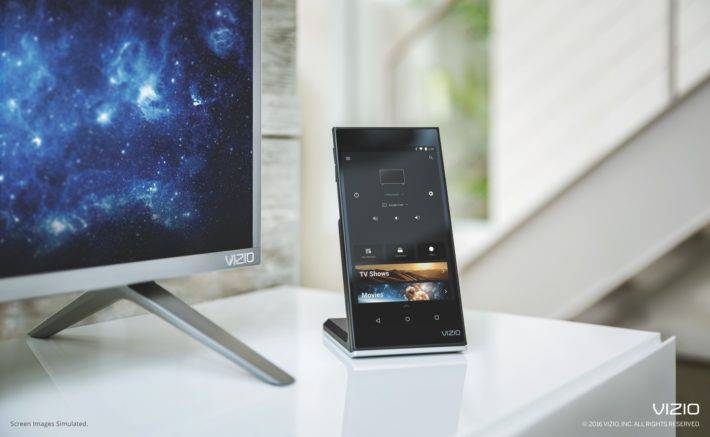 Vizio is bringing Google Play streaming functionality to its SmartCast line of home theater displays. The American consumer electronics manufacturer announced the upcoming integration of Google Play Movies and TV services into its SmartCast app, together with a plethora of other improvements. More specifically, the Vizio SmartCast app now allows users to control Vizio TVs from any part of their house and stream video content from phones and tablets to TVs in just a few taps.

Other than simplified casting functionality, the latest version of the app also comes with an Android widget with basic TV remote functionality that can be accessed even through the device's lock screen. As for other major new features, the Vizio SmartCast app now also boasts a so-called Quick Start mode which does precisely what its name suggests. The user interface also underwent some changes and Vizio's developers claim it should now allow for even easier navigation. Latest reports suggest that the app update already started rolling out so it should be available for download in your region rather soon if it isn't already.

For the uninitiated, Vizio SmartCast devices feature native Chromecast integration which means that you can simply tap the "Cast" button in popular streaming apps such as Netflix, Hulu, YouTube, and—as of right now—Google Play Movies & TV in order to immediately begin your casting session. This update is yet another step towards Vizio's vision of modern TVs according to which home theater displays are supposed to be the ultimate content aggregators, and not just something people use to watch the evening news. That vision is one of the main reasons why the Chinese consumer electronics manufacturer LeEco recently announced a $2 billion acquisition of Vizio, citing matching product design philosophies as an important factor which led to the purchase of the American company. LeEco is currently doing its best to create a single ecosystem that will encompass all home entertainment and offer users a simple and intuitive way of consuming various multimedia content. It's expected that Vizio will soon start the process of integration of LeEco's own technologies into its products and services so the SmartCast app is bound to undergo some more changes.