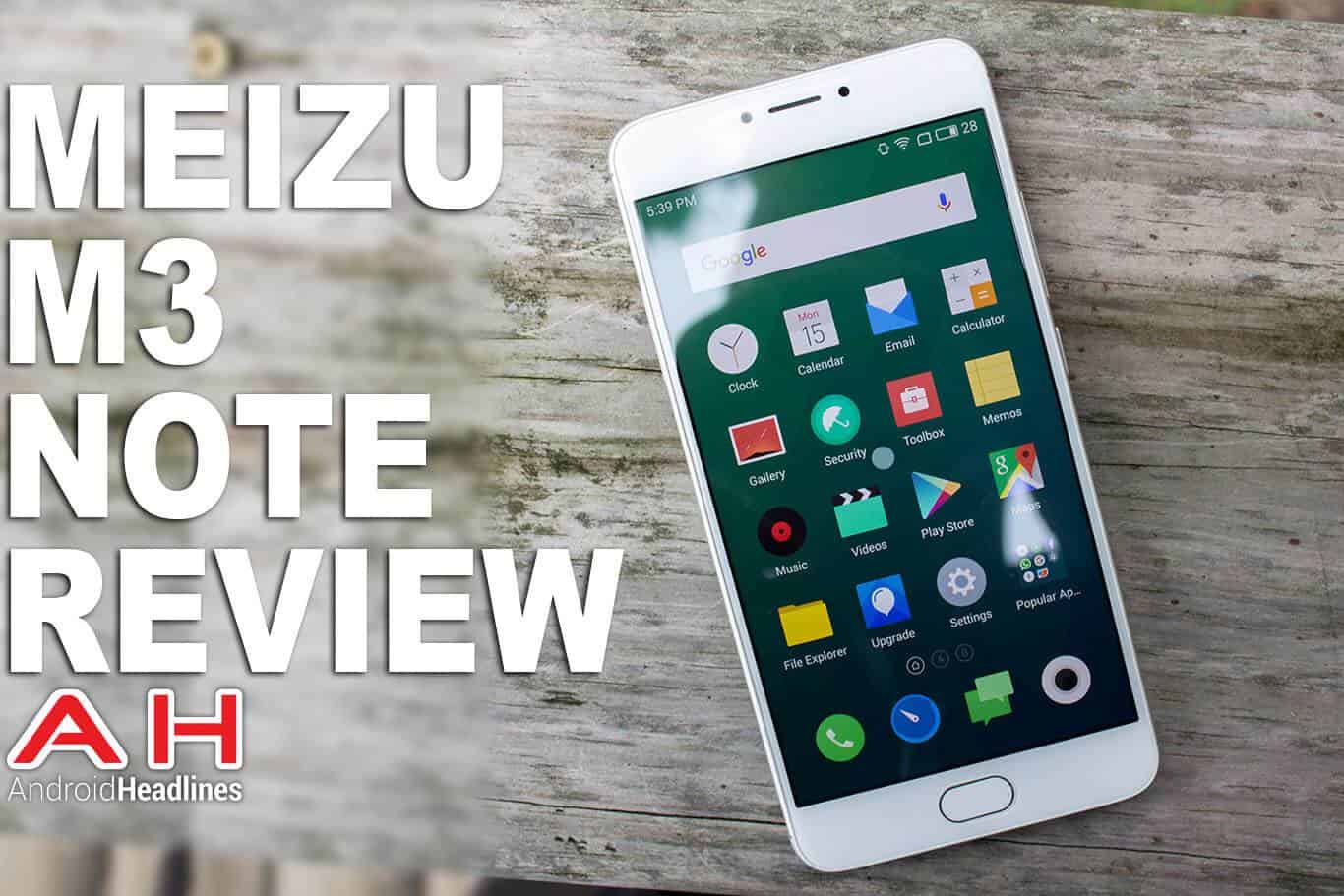 How much would you expect out of a phone that you can pay $150 outright for? We’re not talking $150 up front and then many successive monthly payments, no this phone is just $150 bucks, and yet you may never know it by just looking at it. Meizu has been around for quite a long time now in terms of smartphone history, so they’re no stranger to the Android game, and their handsets have delivered tons of value for the money for years now. No line from Meizu has pushed the limit like the M Note line, however, and it’s this third iteration that’s the most impressive entry into this family of phones yet.

Two years ago Meizu launched the original M1 Note, a mid-range spec phone with a plastic build and a price that was unbelievable for its time. Last year they of course launched the successor to that, the M2 Note, and while it featured the same plastic build it sported a new type of multi-function home button as well as a significantly lowered price out of the gate. The Meizu M3 Note launched back in April of this year and can be yours for just $150 for the base model, which sports 2GB of RAM and 16GB of internal storage. $210 will get you an upgraded model with 3GB of RAM and 32GB of internal storage.

Both of these models feature the same metal build as well as the rest of the internals, which include a 5.5-inch 1080p IPS LCD display, MediaTek Helio P10 CPU, Mali-T860 MP2 GPU and a massive 4,100mAh non-removable battery. There’s even microSD card support here for expandable storage, as well as dual-SIM support for folks that need it. It’s pretty crazy that these sorts of specs can be fitted into a sleek metal body like this, but here you have it, and below you’ll find our video review talking about some of the finer points of the phone and how well it has held up since April. It’s not every day you’ll find a $150 that’s worth using, much less one that can hold up over 4 months and still feel good. Don’t forget to check out our full review of the phone as well, which features more details than we can cram into an 8 minute review video.