This week Samsung unveiled their latest flagship smartphone, the Galaxy Note 7. The Galaxy Note range is an iconic range and one which many credit with starting the whole phablet movement. However, unlike other phablets (and smartphones in general), the Galaxy Note 7 offers very specific and unique selling points. If you have yet to make up your mind on whether the Galaxy Note 7 should be your next device, then here are ten of the many reasons why you might want to consider picking up a Samsung Galaxy Note 7. 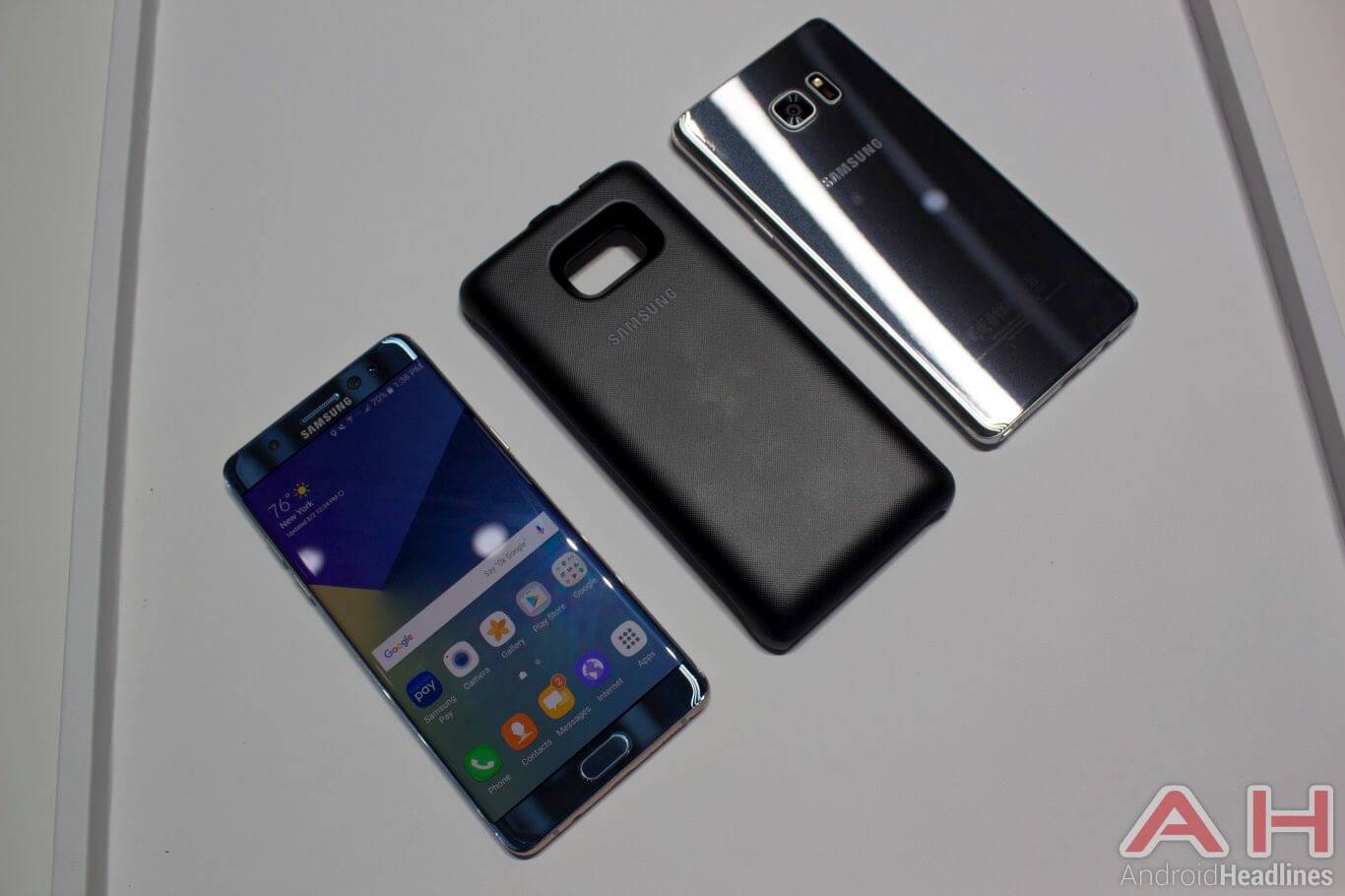 In the past, Samsung has received criticism for the design of their smartphones and with good reason. For the price of a new Samsung flagship smartphone, one would expect a premium quality device. Samsung no longer gets those sort of criticisms though, as ever since the Galaxy S6 the company has brought to market extremely attractive flagship devices which base their design around a combination of glass and metal. The Galaxy Note 7 continues that trend with a largely Gorilla Glass 5-based design with metal accents. Add in the curved edges of the display, the advancements in presentation and build of the S Pen (including waterproofing the S Pen) and the overall outcome is one of the most attractive devices you will be able to buy this year. 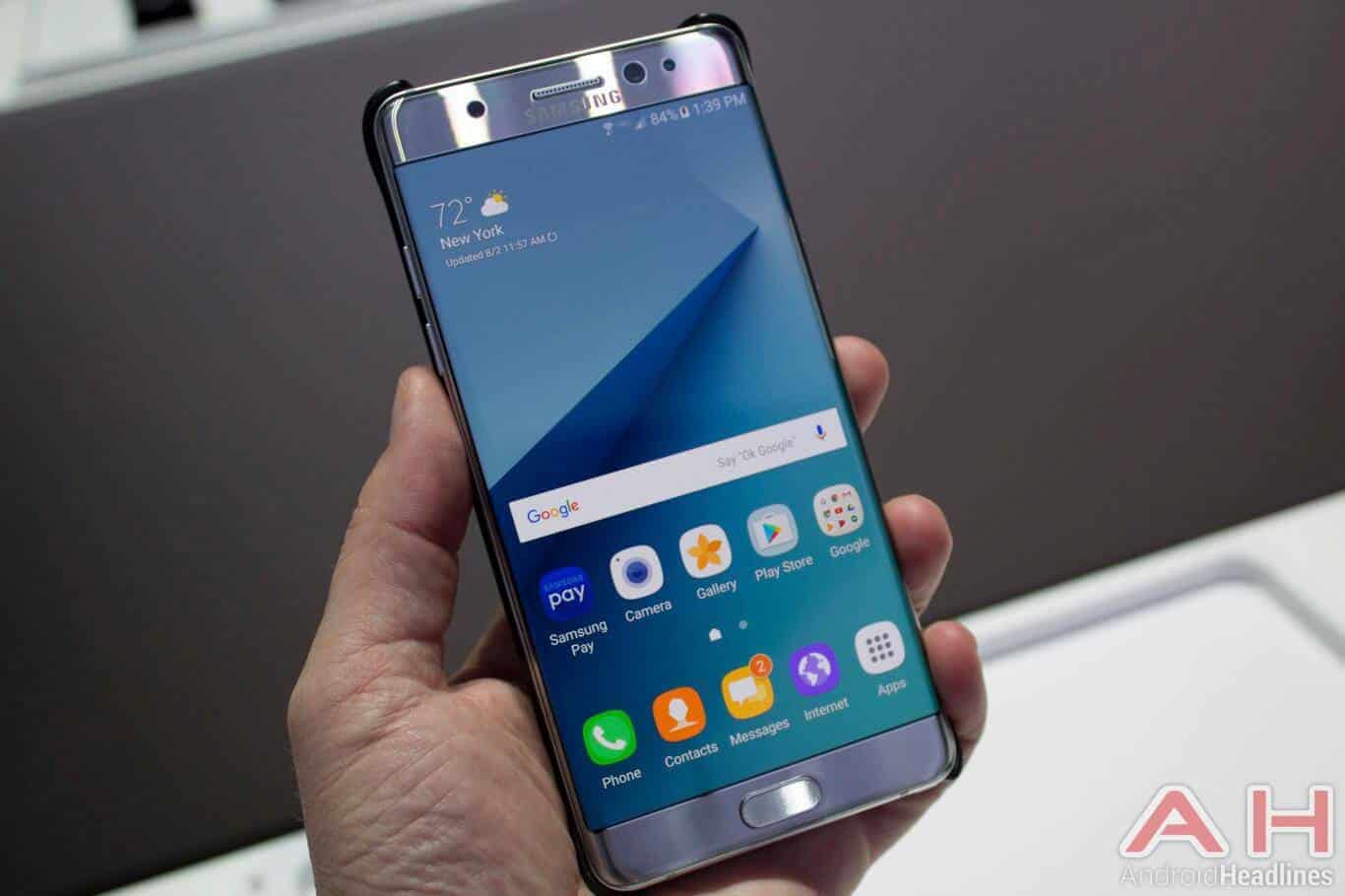 There does seem to be a difference of opinions when it comes to the sweet spot for a smartphone display size, although it does seem that 5.5-inches hits that spot for many. However, there is no escaping the fact that the Galaxy Note 7 is a large phone. In fact, the Galaxy Note range has always looked to offer a slightly larger display size (compared to the general norm) and while that norm has increased in recent years, the Galaxy Note 7 still remains one of the larger smartphones on the market, thanks to its 5.7-inch display. Which, when you consider the use cases for the Galaxy Note 7, this is not just a smartphone that is large, but one which is large with a purpose. Something that cannot be said for all the other larger smartphones that are simply large, for large’s sake. 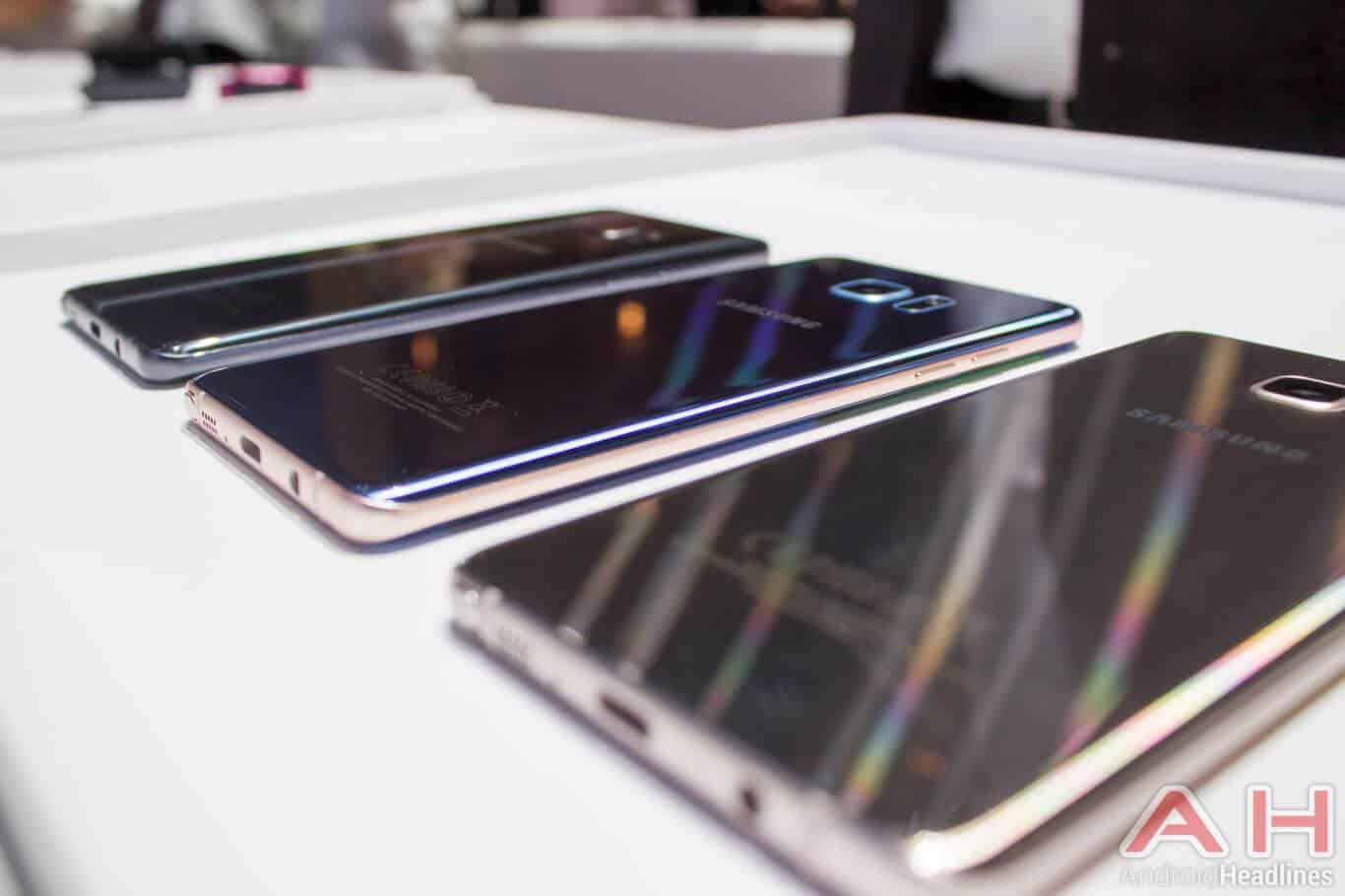 When it comes to Samsung smartphone specs, they do both lead and follow the market. RAM is a prime example. Many had thought that the Galaxy Note 7 would come packing 6GB RAM and in spite of that belief, Samsung opted for 4GB RAM, while the rest of the market is forwardly-looking at 6GB RAM. That said, while (with aspects like the RAM) it is fair to say that Samsung follows instead of leading, what you do get with the likes of the Galaxy Note 7 is an extremely solid spec sheet across the board. One which unarguably will lead to an excellent-performing device overall. Accompanying the 4GB RAM is 64GB internal storage, while this is not the highest you can get on a smartphone the Galaxy Note 7 does also include a microSD card slot for expansion when needed. The device comes powered by two of the best processors on the market (with their inclusion depending on location). Not to mention, this is a smartphone which comes with faster charging capabilities, wireless charging, a 3,500 mAh battery, an IP68 certification, and much more.

One of the Best Displays 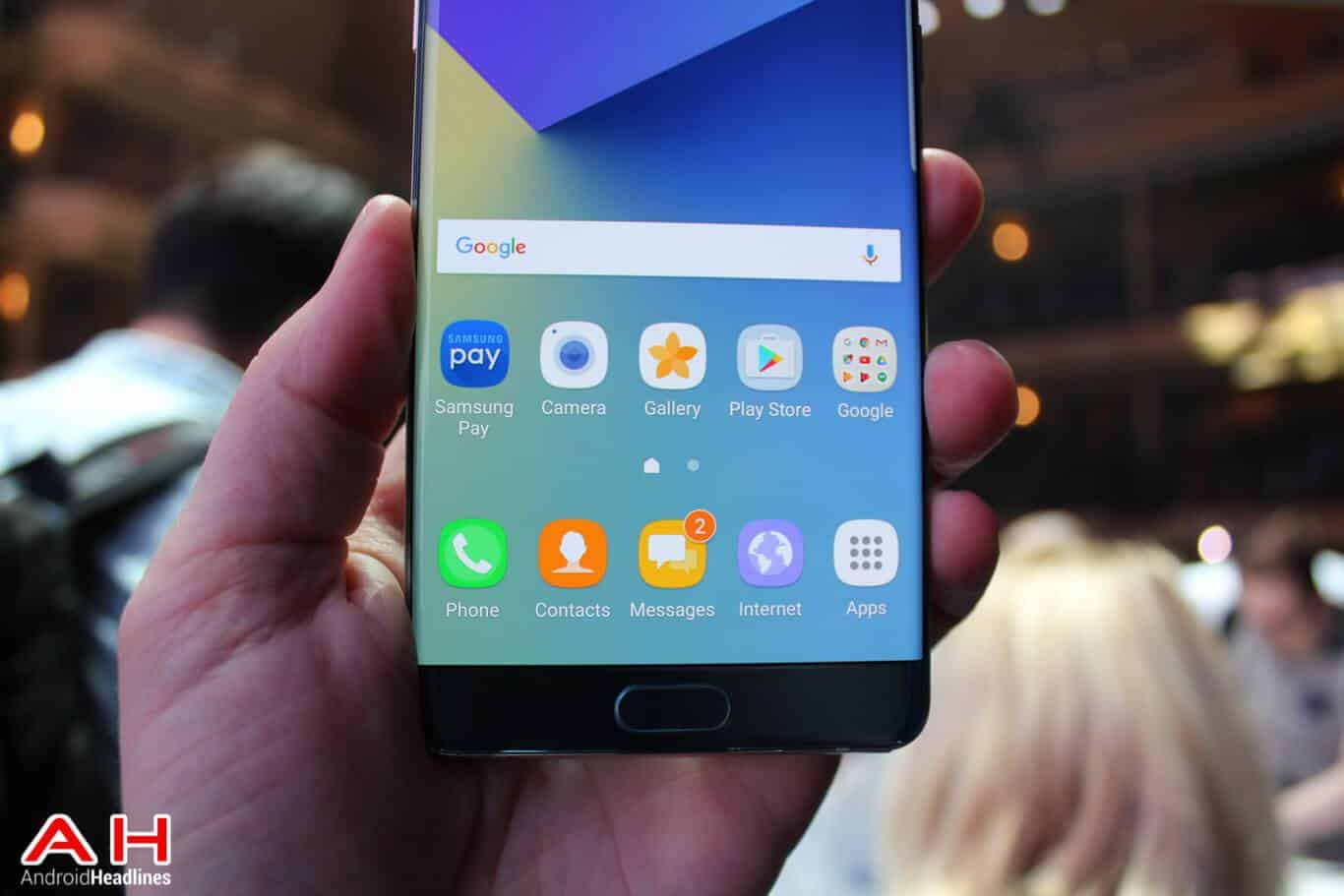 On any given day in the Android calendar, many do argue about which smartphone has the best display. However, few would argue with the fact that Samsung’s major smartphones are ALWAYS some of those at the very top. Samsung is an experienced display maker and that experience stems far beyond that of smartphones. So whichever device you pick up from Samsung, if it comes with a screen, you can be assured that included will be one of the best screens. The Galaxy Note 7 is no exception. This is a smartphone which comes packing a 5.7-inch Super AMOLED display which makes use of a QHD (2560 x 1440) resolution. As well as a display which curves over both sides, offering a more stylish and unique level of presentation. If you opt to buy the Galaxy Note 7, you will be opting for one of the best displays on the market, without question. 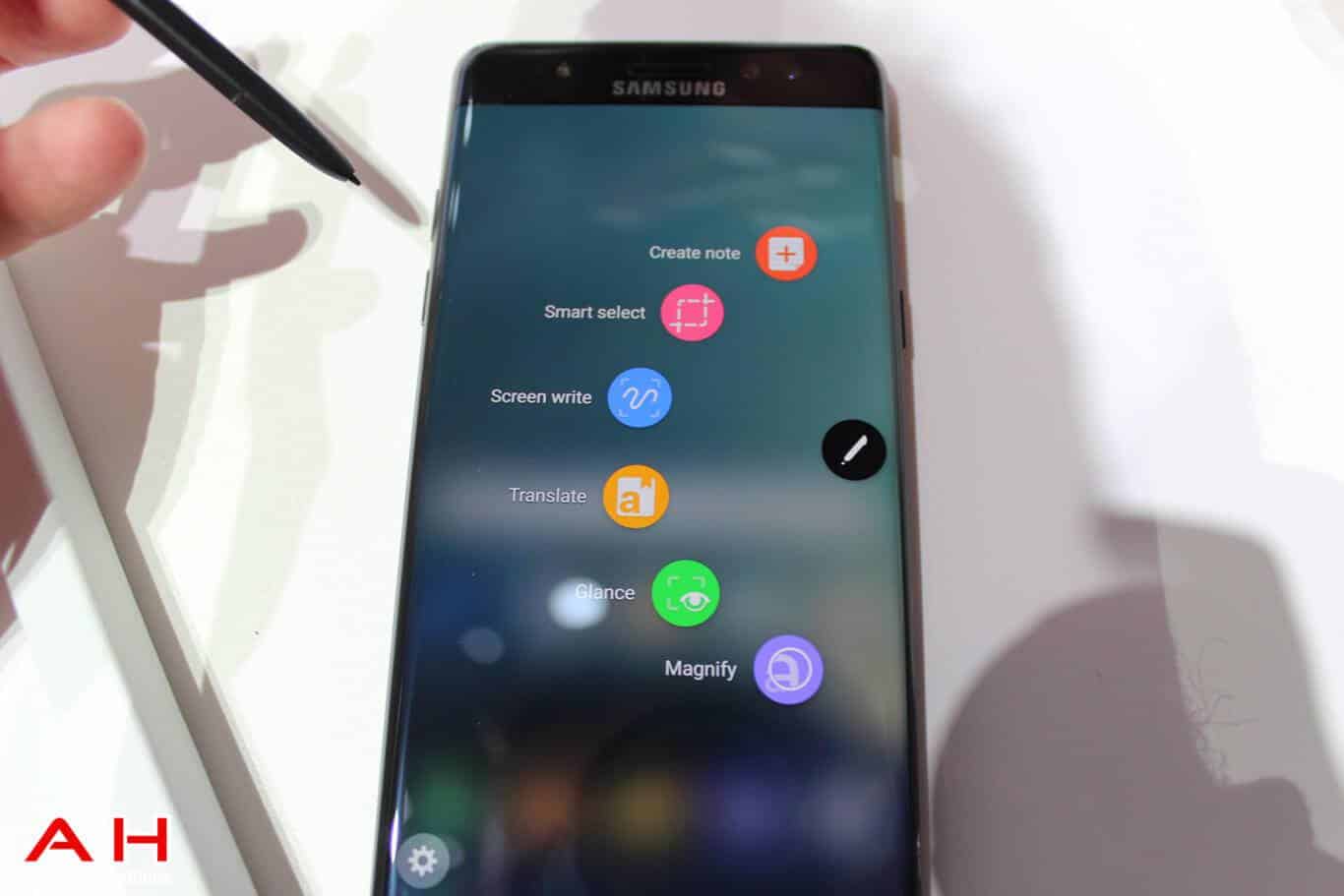 Love it or hate it, Samsung’s take on Android is one which is feature-rich. This does mean that you are getting added value for your money. While some might prefer the stock version of Android, there are plenty who like the added and unique style that Samsung had brought to its devices. Of course, over the last couple of generations, Samsung has been toning down their version of Android, although this is just a toning down and not a phasing out. If you opt for the Galaxy Note 7 you will be getting a unique and feature-rich user experience. 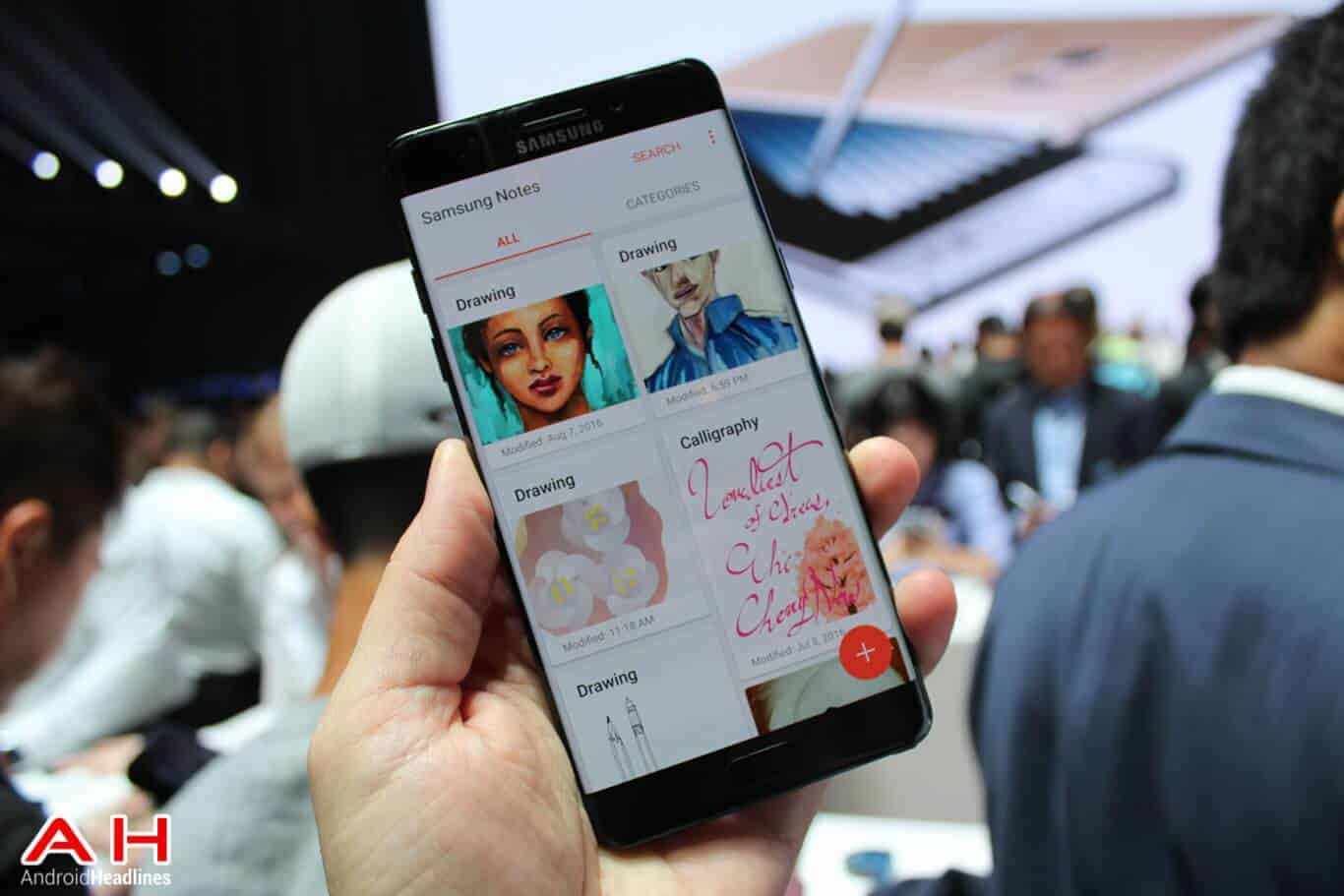 Speaking of which, you will also be getting software tweaks which are specifically designed for this device. Nowadays, smartphones seem to be much of the same. This has led to the major smartphone manufacturers looking at ways in which they can add value. In terms of Motorola and LG, this has come in the form of ‘mods’ and ‘friends’. In contrast, Samsung has opted to include additional and unique features. If you go for their Galaxy S Edge range, then you are looking at specific Edge functionality. Likewise, if you opt for the Galaxy Note range, you are looking at specific Note functionality with apps and features specifically included to take advantage of an S Pen. The Galaxy Note 7 has drawn on this particular feature even more this year with upgraded Note apps including the ‘Notes’ app. 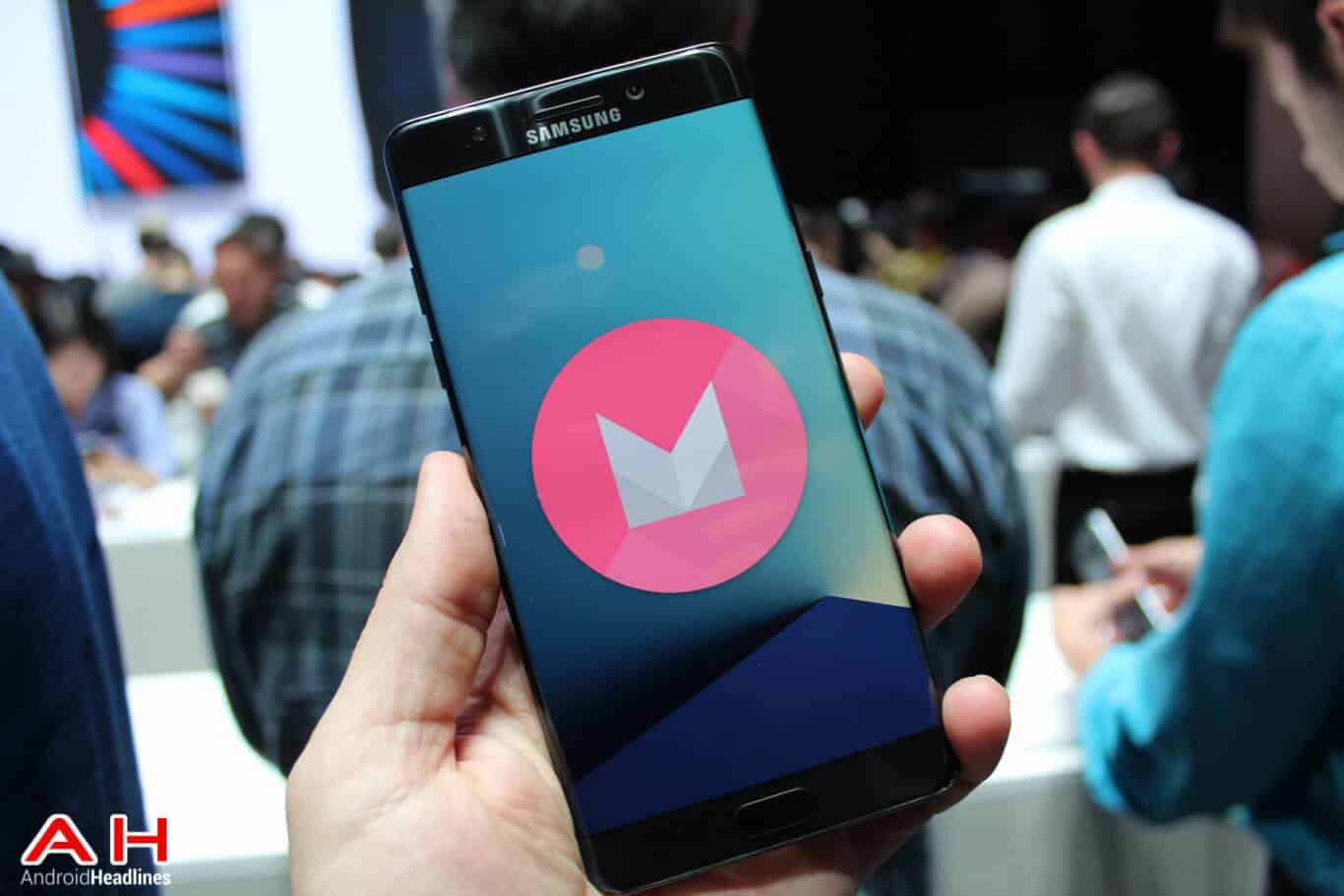 In spite of the very large portfolio of smartphones that Samsung now has, it is always impressive how they do manage to continually update as many devices as they do and in the time-frames that they do. To put this into perspective, there are many manufacturers who have far less of a selection of devices than Samsung and still struggle to roll out updates in a timely manner. This is unlikely to be an issue with the Samsung Galaxy Note 7. While carriers will ultimately determine how long it takes to receive your update, you can be assured that you will be guaranteed to receive all the latest and major updates for the next two years, at least. 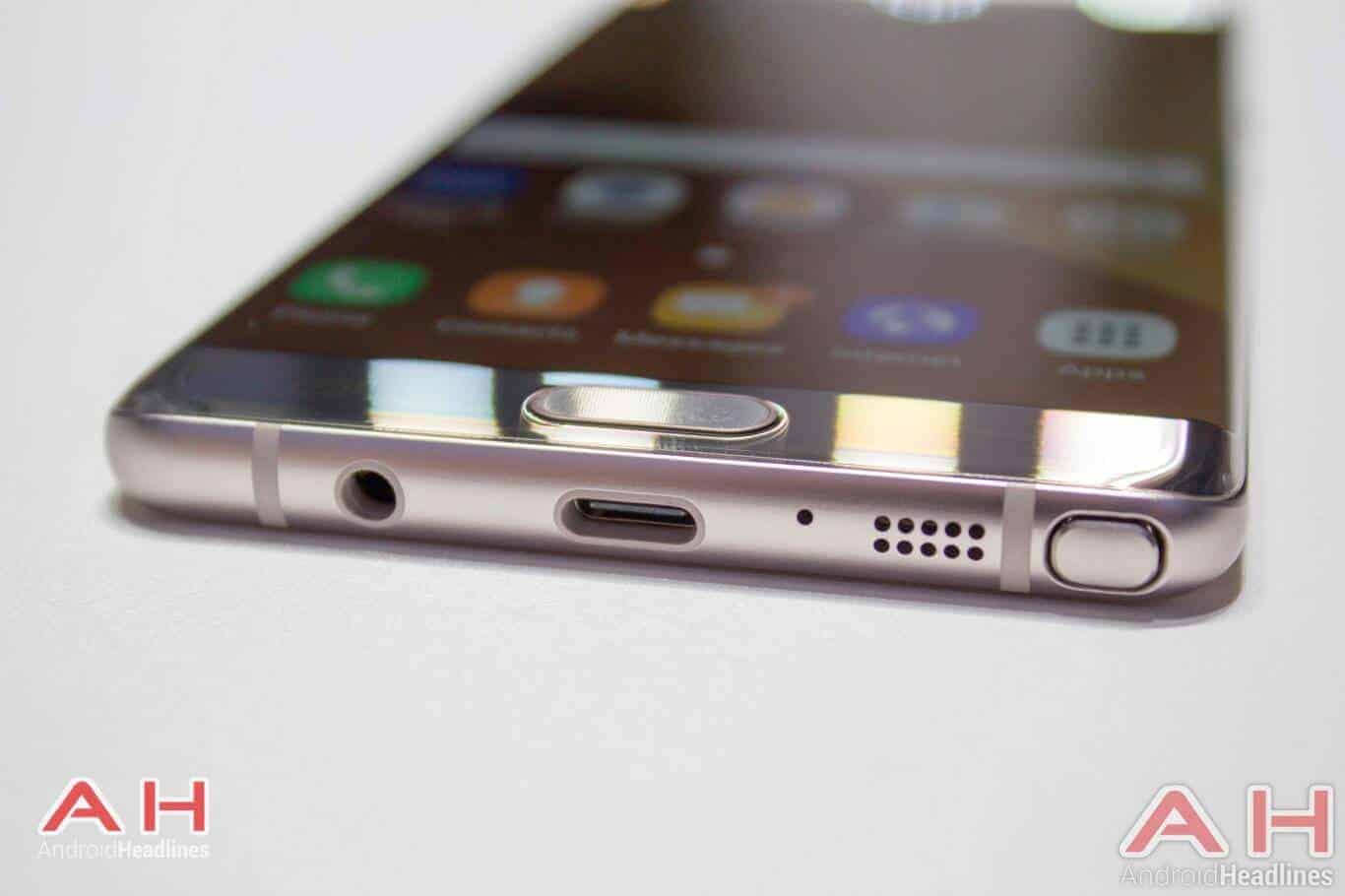 For a long time now, Samsung was a company who put it to Apple thanks to their Galaxy range of smartphones coming equipped with removable batteries. No more ‘wall-hugging’ etc. However, in the last couple of years Samsung has also moved to non-removable batteries and while some might see this as moving away from their roots, the reason behind it is a simple one – with Samsung’s latest and greatest you no longer need to buy or carry additional batteries. The Galaxy Note 7 is another prime example. Not only is this a smartphone which makes use of fast charging speeds, but it also makes use of wireless charging and even fast wireless charging and now includes a USB Type-C port for faster data transfer. In short, the ability to remotely and quickly charge your smartphone is definitely a reason to pick up the Galaxy Note 7. 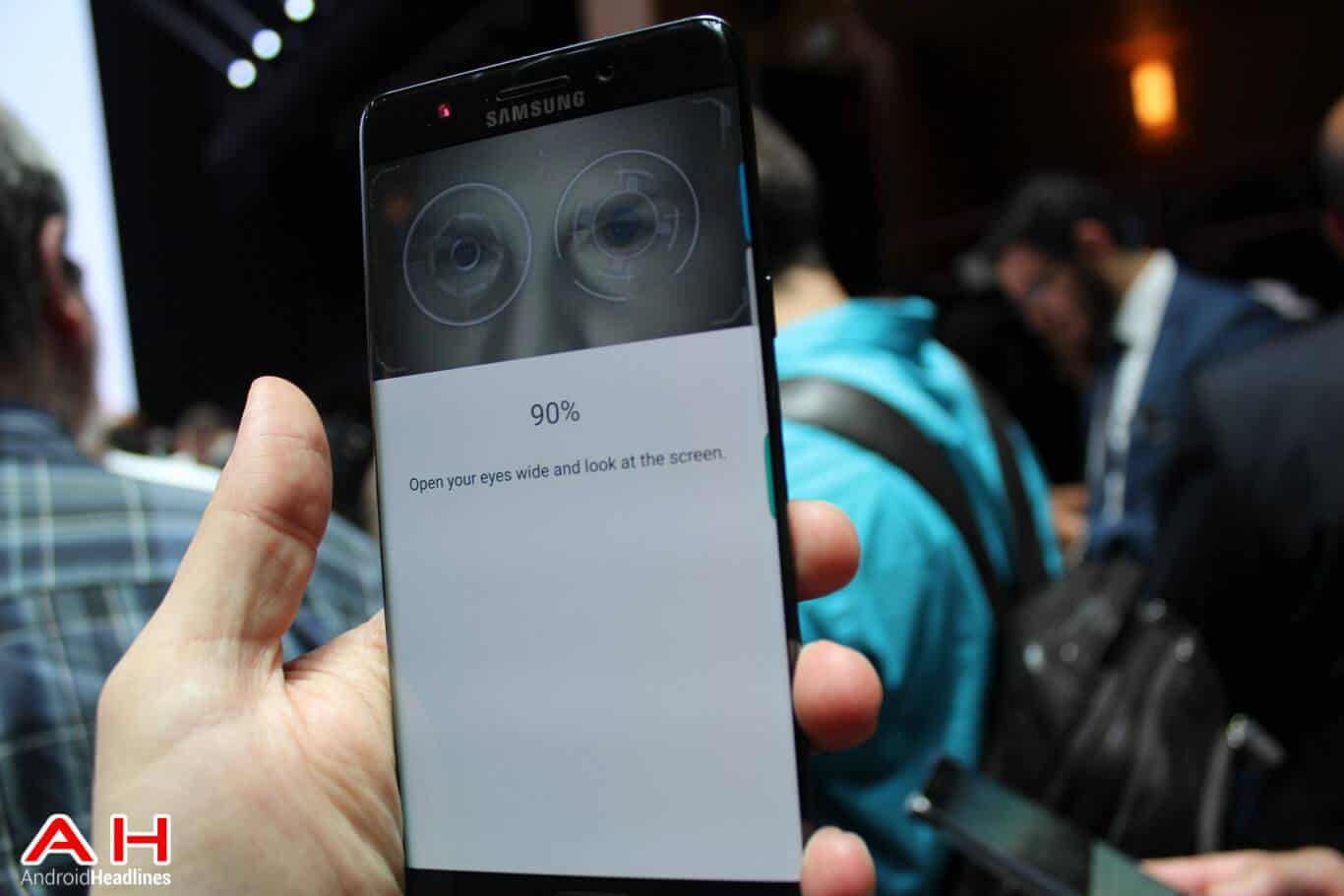 While the Galaxy Note 7 has seen a number of upgraded features compared to its predecessors, this is also a smartphone which includes a number of completely new features. While USB Type-C is one one of them, the big headline new feature is the included iris scanner. At the moment the functionality of the iris scanner is a little limited (due to this being a new technology on Samsung devices), but as Samsung’s (and third-party) integration becomes more commonplace, this is likely to be a highly functional feature of the Galaxy note 7 and could even be one of the best features in due time.

The Stylus Of Course 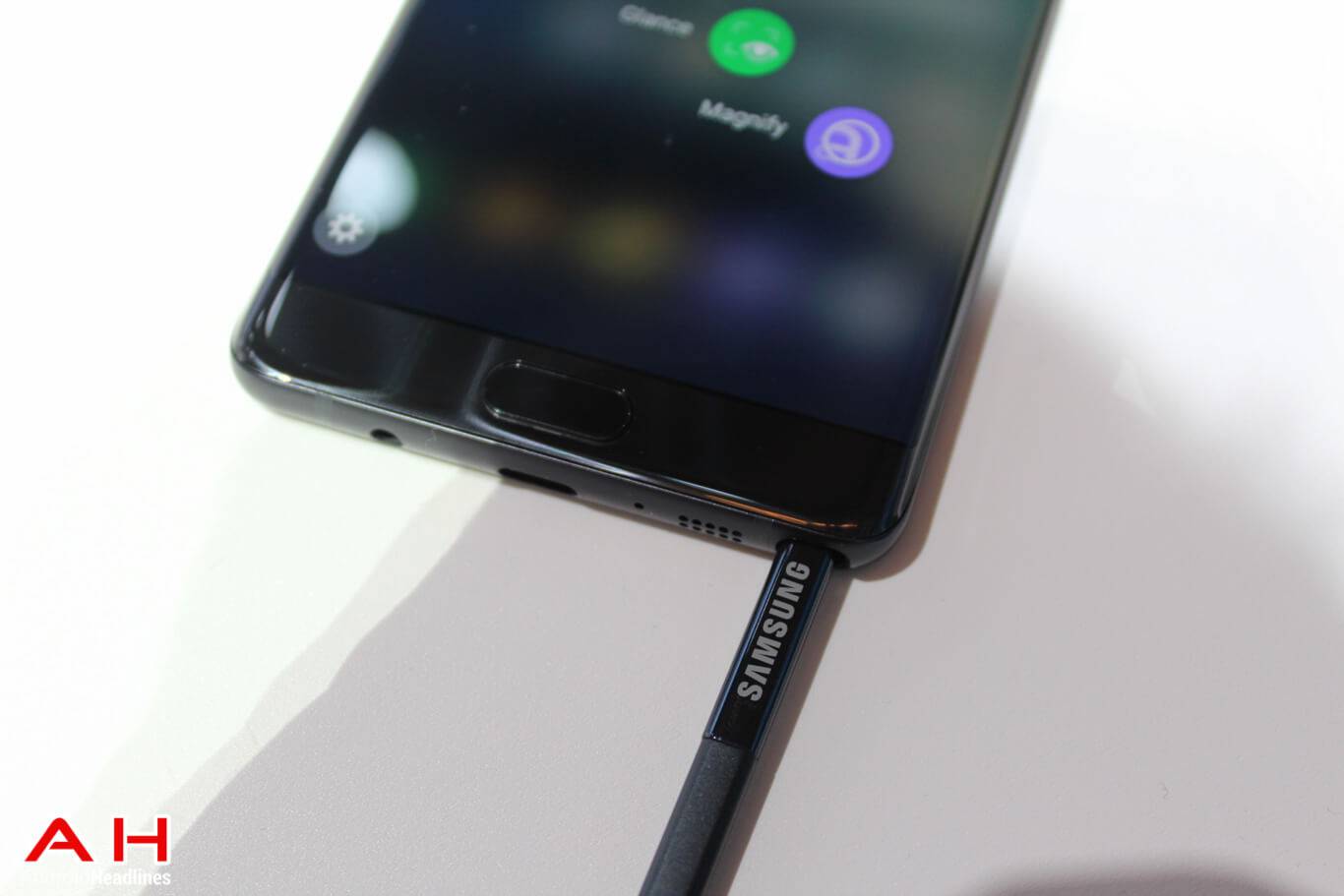 When it comes to the Galaxy Note 7, the most obvious reason to buy the smartphone is the stylus. Very few smartphones offer a means to make use of a stylus and none do it as good as Samsung does. They have pioneered stylus-touting smartphones and if you do want the best and most fluid experience, the Galaxy Note 7 is the only way to go. While this has been a staple feature of the Galaxy Note range, the stylus, like the phone, has been evolving over generations and is now far more ergonomic and functional and is now even waterproof.