If you’ve ever come across a story about an expensive smartphone, chances are it was about a Vertu device of some sort. This $9,000 edition for the luxury carmaker Bentley is every bit the luxury you would expect it to be. As an Android smartphone, it features Android 5.1 Lollipop, a Snapdragon 810, 3GB of RAM, a 21-megapixel camera and a 5.2-inch 1080p display. The Vertu Signature Touch for Bentley is finished in Beluga Black and Hotspur Red leather, all lovingly handmade in England, complete with a debossed Bentley logo on the back of the phone. With a hand-polished Titanium casing, this is one classy smartphone, and it also comes with a lifetime concierge service and a 24-hour helpline for whatever you might need. It might not be an Aston Martin phone, but James Bond would certainly be happy with this one.

If Titanium and Leather aren’t really your thing, then the Grand Touch EM Marble from Mobiado might be. At $3,100 this is an Android smartphone that’s quite literally crafted from stone, well at least the outside is. The below video gives you an idea of how the device’s casing is created, but on the inside things are a little less exciting. With a 4.65-inch Super AMOLED 720p display, an unnamed processor and a meagre 5.0-megapixel camera with an LED flash, this is far from luxurious on the inside. Of course, the Grand Touch EM Marble is “just” $3,100 and it’s clear most of that money has been spent on the casing of this beauty. If you’re thinking about a gold Android smartphone, the Gresso Regal Gold is probably on your list. At a mere $6,000 or so the Gresso Regal Gold is a bargain, right? Each of these is a limited edition, with only 999 of them being produced, and the rear panel of each device is decorated with real White or Yellow Gold, 3g of the 18K variety. As is often the case here however the insides aren’t all that exciting. There’s an outdated version of Android here, and an unnamed quad-core CPU at 1.5 Ghz with 2GB of RAM seems to be running the show. The 5.0-inch Full HD display and 13.0-megapixel rear-facing camera – as well as the 5.0-megapixel front-facing camera – do make up the specs a little, but it’s not going to turn any heads on what’s on the inside alone here. At £78,000 ($102,222) this Dior smartphone was a very limited affair, and given its massive price tag, it’s not hard to see why. On the inside, there’s little to write home about here, and given that this is a fairly old smartphone at this point, it’s no surprise that the 5.0-megapixel camera and outdated version of Android aren’t that exciting by today’s standards. This super-limited Reveries was all about the diamonds however, and was handmade in France with a whopping 1,539 diamonds as well as 46 pieces of Mother of Pearl to adorn the back and sides of the device. Clearly, this was a device that was designed to turn heads for its outside, not it’s inside and back in 2012 it did just that. This is a smartphone that’s designed “exclusively for women” and it’s not hard to see why. The white croc leather and gold accents look feminine while also coming off as classy. The price tag of $10,000 and up is not to be sniffed at, but considering that this is a handmade beauty there will be some out there willing to pay this sort of money. With a 3.2-inch display, this is a fairly small smartphone by today’s standards, and given that Savelli themselves don’t have much to say about the specs, it’s fair to assume that they aren’t great. With their own SAVELLI OS, designed by professional photographers, based on top of Android users should be in for a real treat, especially if they can get past that massive price tag. 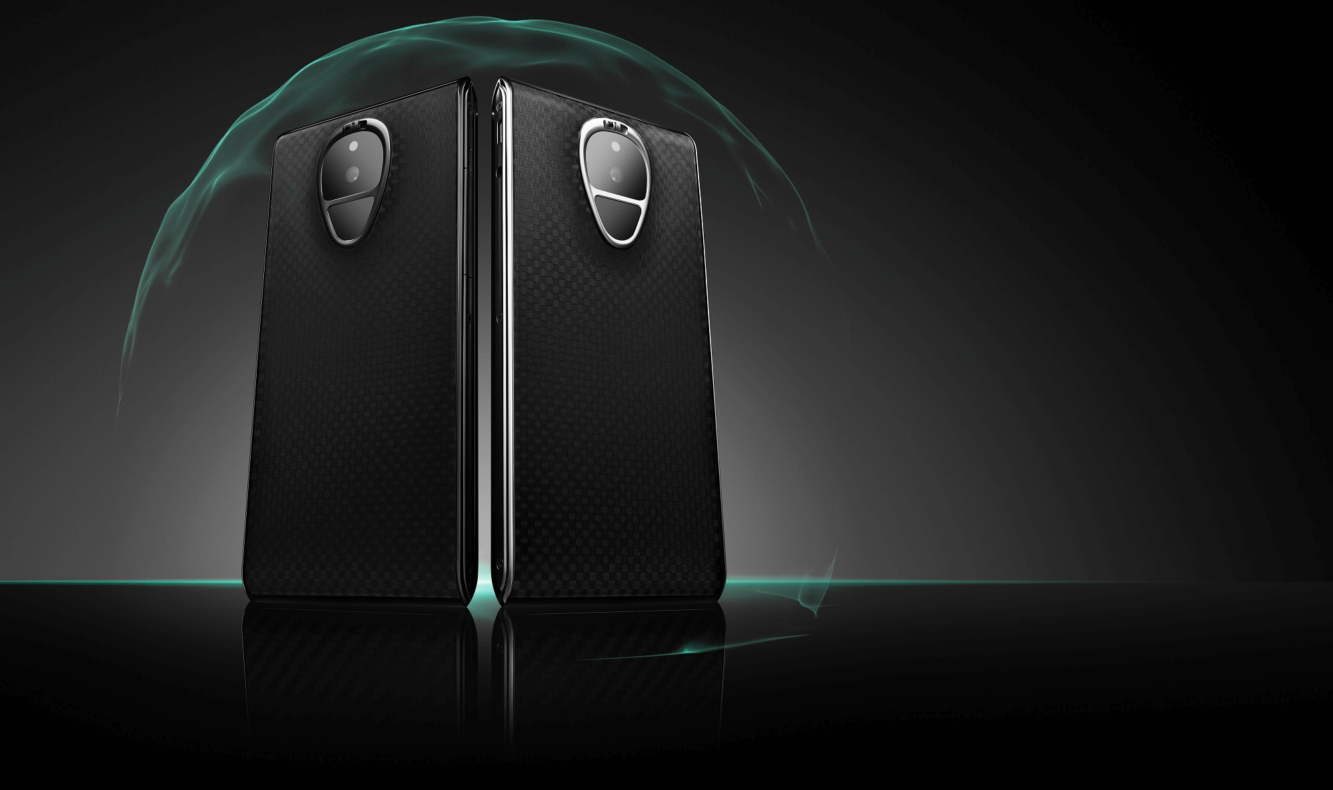 Sirin’s Solarin, coming in at a cool $16,000 is a smartphone that is not only expensive, but also ahead of the curve. With a single switch found at the back of the phone, the Solarin becomes a super-secure phone that only allows for phone calls and encrypted messaging, nothing else. On top of this, it’s the first commercially launched device to feature WiGig, a new wireless standard that can offer transfer speeds up to 7 gigabits a second. With a leather back that looks like a Carbon Fiber wrap, the Solarin is available in a gold finish as well, and with a Snapdragon 810 and up-to-date security patches, the Solarin is one hell of a luxurious smartphone, and one that actually has up-to-date software as well as a great 23.8-megapixel camera. Lamborghini has always been a name associated with cars that are not only super-powerful, but also a status symbol. Named after Tonino Lamborghini, the founder, Feruccio’s son, there are only 1947 of these in the world, done so for the year that Tonino himself was born. With a quad-core Snapdragon 801 CPU, 3GB of RAM, a 20-megapixel rear-facing camera and an 8.0-megapixel front-facing camera, with a 5.0-inch Full HD display to ogle at, these specs aren’t too bad. For $6,000 however, many of you might have been expecting a little more from it, but with the steel and leather construction, as well as Dual-SIM powers, the Tonino Lamborghini 88 Tauri has more going for it than some on this list. Starting at $7,700 or so, the Goldvish Eclipse is one hell of a smartphone. Swiss-made, with CyanogenMod 13 onboard, giving it Android 6.0 Marshmallow (a first for this list), the Eclipse has a lot to offer. Even more so when we take a look at the respectable spec sheet, which gives us a Snapdragon 801, 3GB of RAM, 64GB of storage, a 5.5-inch Full HD display and a 13.0-megapixel rear-facing camera and a 5.0-megapixel front-facing camera. This is an interesting inclusion on this list, and what makes it so luxurious, beyond its Swiss-made claim to fame is the precious real leather and Titanium frame on the back of the device.

The Vertu Collection is a range of high-end luxury products from Vertu that offer users the option of a Titanium finish in a number of different colors and leathers, some of which are quite colorful. Starting at $7,000, the Aster Collection ships with a Quad-Core Snapdragon 801 on the inside, as well as a 13.0-megapixel rear-facing camera and sound tuned by Bang & Olufsen this ticks a lot of the right boxes. It does however, carry an outdated Android 4.4.4 KitKat onboard, and it’s not exactly the speediest out there by today’s standards. Still, for a luxury smartphone that offers color choices, and also offers the same concierge and access to the luxury life as the Vertu Signature Touch line, this is nothing to be sniffed at. Bentley may have partnered with Vertu for their smartphone, but Aston Martin are going it alone. The 808 is a $6,000 smartphone, going up to $24,000 if you choose to add some real diamonds in and features a Snapdragon 801 and 2GB of RAM. With a 720p 4.7-inch display, and a 13-megapixel camera, there’s not much to write home about here in the long run, especially given the bone stock build of Android 5.0 Lollipop onboard here. With a bulky design and a ceramic earpiece, this is one luxurious smartphone that’s bound to turn heads, and it’ll be hard to pass up if you’re a James Bond fan.