With the Rio 2016 Summer Olympics coming up as the games officially start this Friday, those interested in keeping up on everything from event schedules to number of medals won will want to have one or a few useful apps on hand to assist in feeding all of the most important and up to date details to their smartphones. There are actually quite a few apps out there which are tailored to the Olympics in general, but also a decent number of apps which are geared towards this year’s Rio Olympics. With that said, here are ten apps worth checking out to help you get the most out of the 2016 Olympic games. 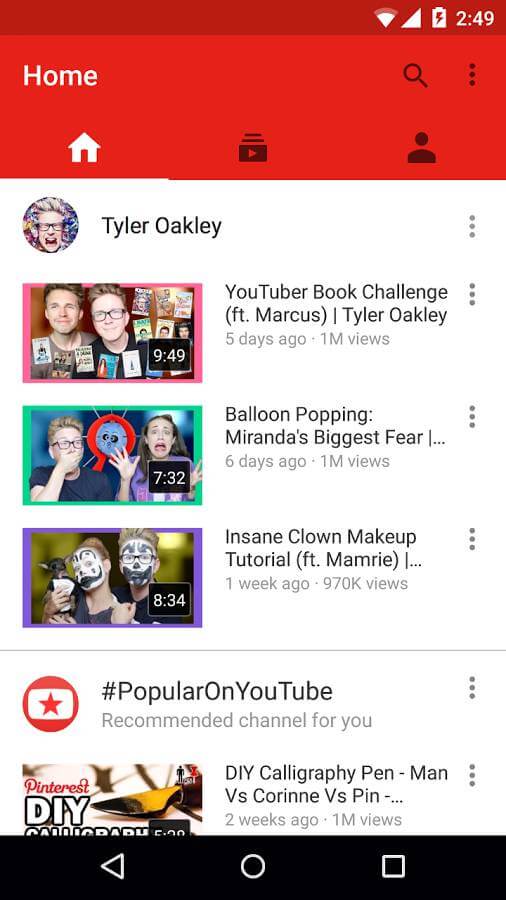 Kicking things off with this list YouTube as Google will be streaming highlights from official broadcasts during the Olympic games in Rio. This will be available in over 60 countries, making it go-to app for keeping up on the key happenings. 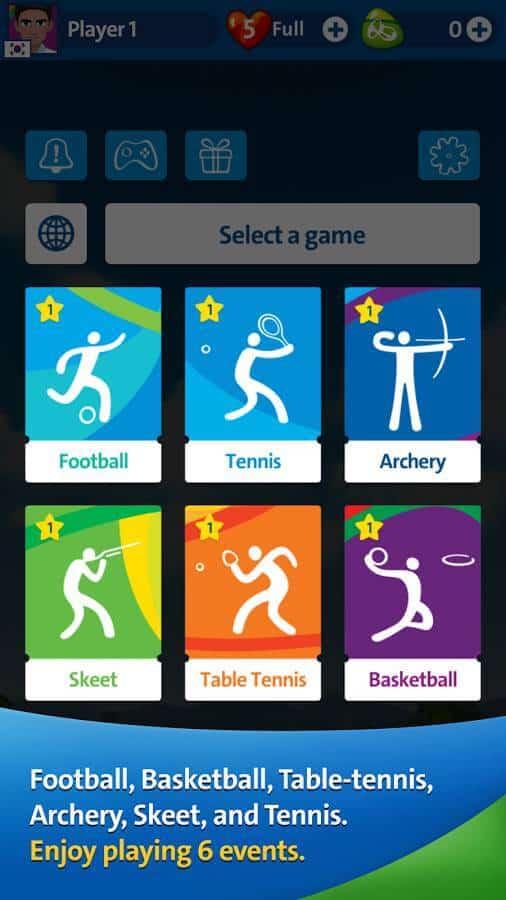 While the Olympics are about the athletes competing in the games, that doesn’t mean you can’t have a little bit if game time of your own. Rio 2016 Olympic Games lets you play mini games of the various different events and sports that will be happening at the games this Summer. It includes games for football (soccer), archery, Tennis, Basketball, and more. 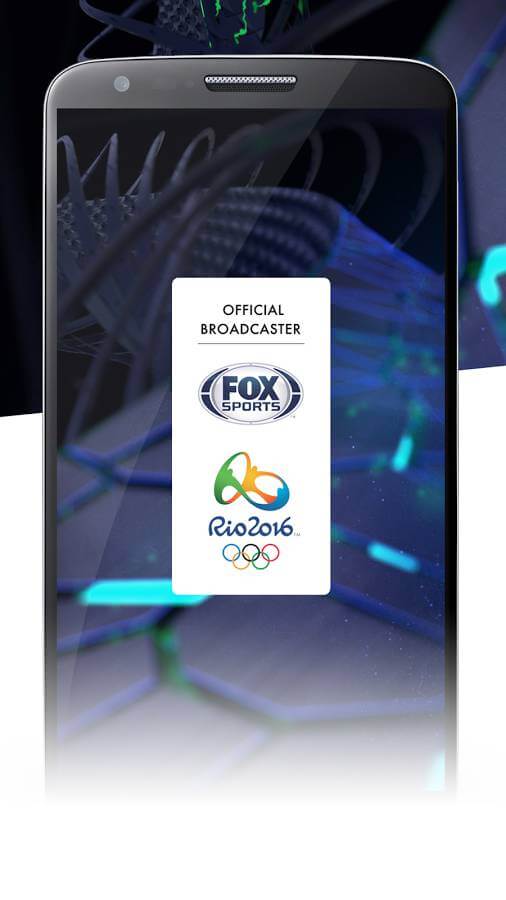 This is the official Rio 2016 app from FOX Sports. The app contains pretty useful details like the event schedules and coverage of all the competitions. Users will be able to see footage of different events as well as news highlights and scores, and the number of medals won for specific events. 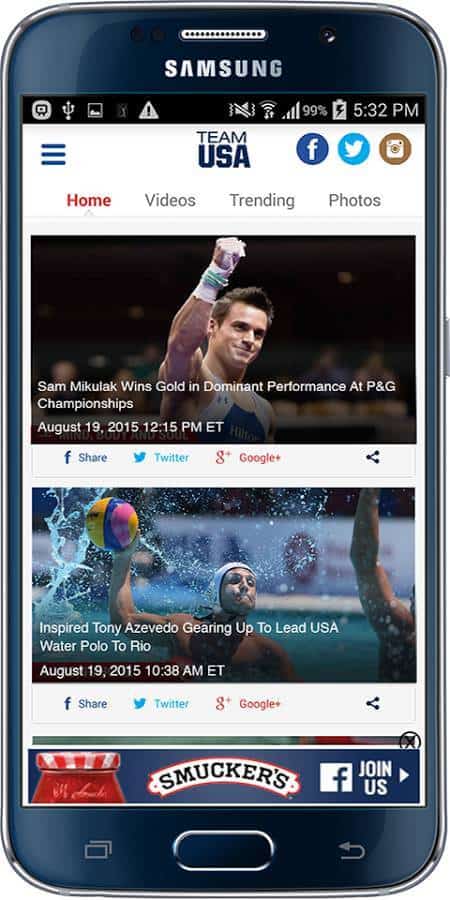 This wouldn’t be a top 10 Olympic apps list if the official Team USA App wasn’t included, so here it is. If you want to stay up to date on all the Team USA highlights, this app should provide you with anything you need as it offers up exclusive Team USA coverage, breaking news on athlete qualifications, and options to customize the homepage to your tailored Rio 2016 interests. 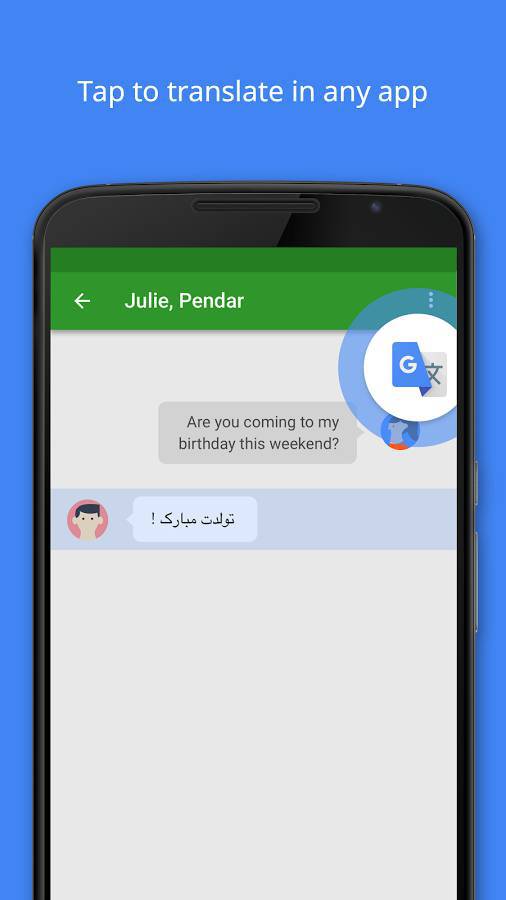 While Google Translate might seem out of place here, on the contrary it fits quite nicely as those who will be attending the games in Rio may have need for something to help them translate anything from street signs to food menus. If you’ll be heading to Rio at the end of this week or at any point while the games are taking place, this might be very helpful to have on hand and ready to go. 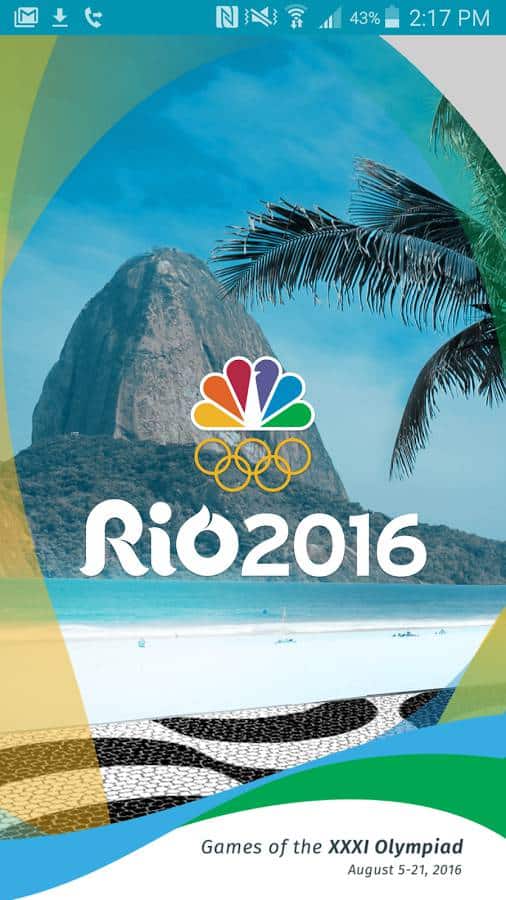 This is the official Rio 2016 app from NBC, and as such there will be quite a hefty amount of content that you’ll be able to have access to. The app will allow you to see medal standings in real-time so you’re never behind on which country has won what medal, and alongside the video highlights and coverage of various events, there will also be complete coverage of everything going on with Team USA. 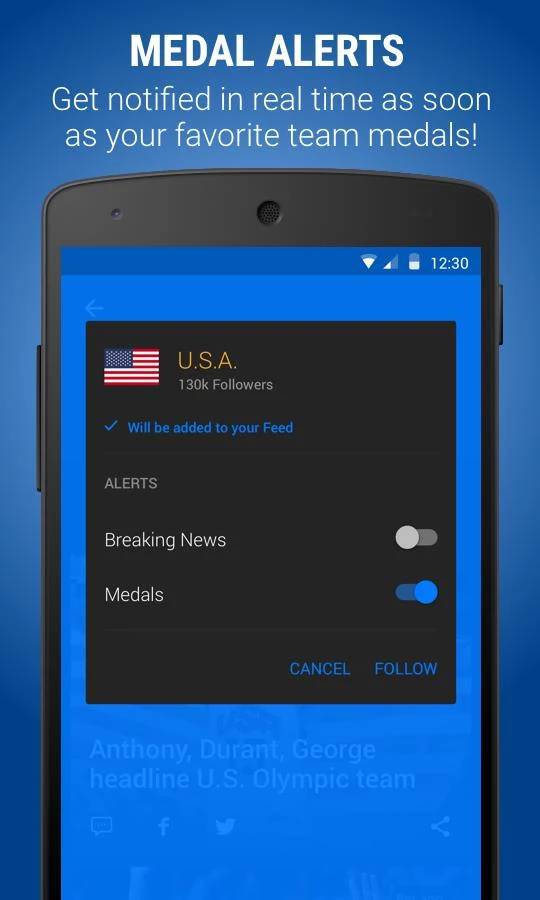 theScore has established itself as one of the more prominent apps for keeping up on sports news and scores as well as various details about athletes and anything sports-related, and in the most recent update they have also just added in coverage of the Rio 2016 Olympic games. Users can configure the coverage to highlight the events they’re interested in and they cam also keep up on medals won. 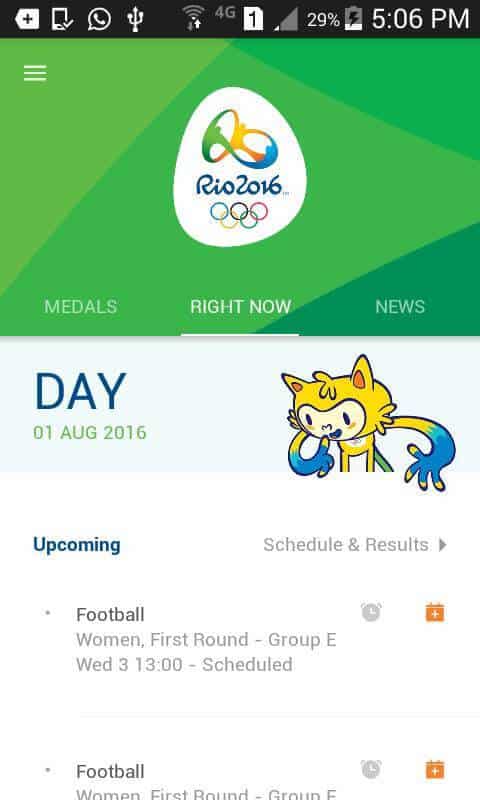 Next up is the official Rio 2016 app that Samsung just recently released. As one might expect, the app provides you with all kinds of coverage and details on the Olympic games, allowing you to follow all of the events and look at schedules as well as medal standings, and it even has spectator guides and tips for making the most of the event if you’ll be attending in person. 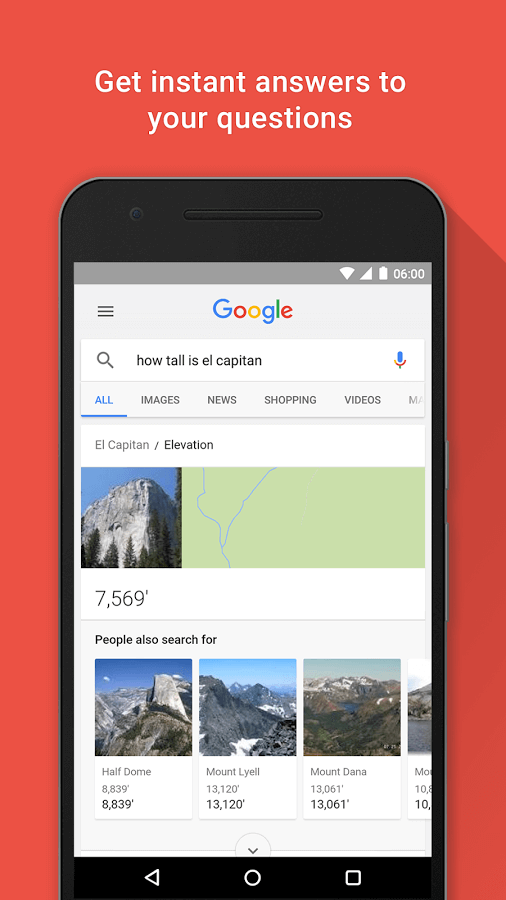 The Google app just like many of the apps on this list will actually provide quite a bit of useful information regarding the games. Users will be able to use the Google app to search for event schedules, medal counts, and information on athletes from their favorite events. 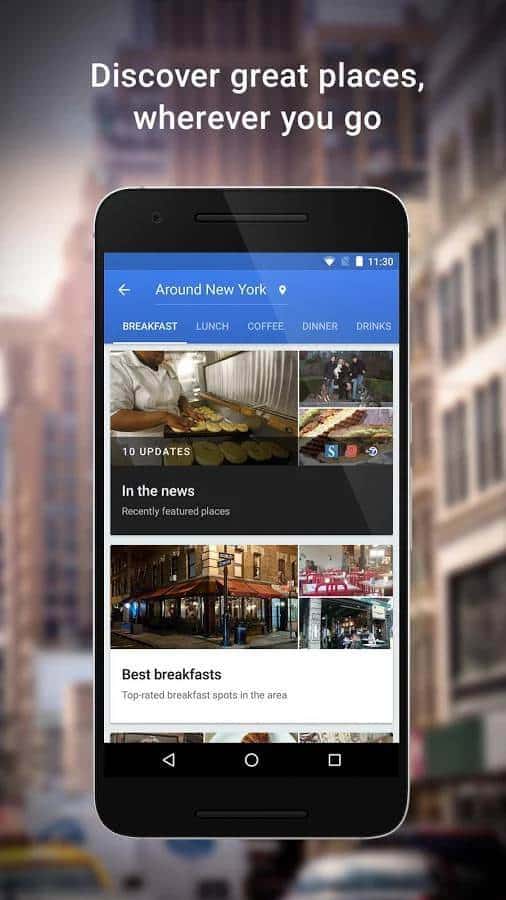 Last but not least is Maps, which will be extremely useful to anyone that will be heading into the city of Rio De Janeiro to attend the 2016 Summer Olympic games in person. With Maps on hand you’ll be able to easily navigate your way around the city and it will even help those who can’t attend to explore the various venues around Rio as well as the city itself.