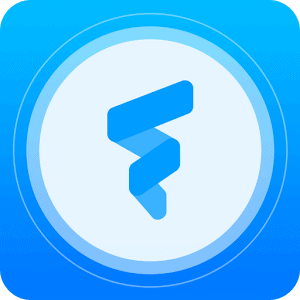 Trustlook is a completely free antivirus and security app for Android that many of you might already have heard of. It's back again with a fresh new look and more of the same great features that help to keep your device safe. Trusted by almost 50 Million users, Trustlook protects users in real time when they're online, it checks which newly installed apps are safe, it now has a new payment protection feature, and it also keeps your device running quick and smooth thanks to some boost features added in as well. With a slick new interface that's easy to use and easy on the eye, Trustlook is one of the few antivirus and security apps out there that delivers a comprehensive and complete protection of a user's device. It looks good, has a laundry list of features, and keeps you safe online, what's not to love? 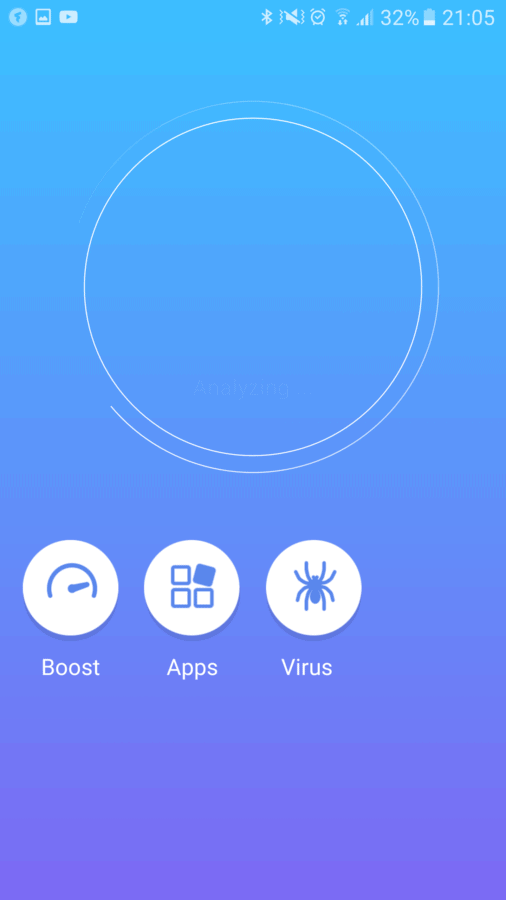 There's no choice as to whether or not Trustlook does this, it scans your device automatically, but it doesn't take long, and it's always good practice to run a scan first with these sorts of apps anyway. After the initial scan, I then decided to go ahead and do a Deep Scan to try and find the culprit of these issues. 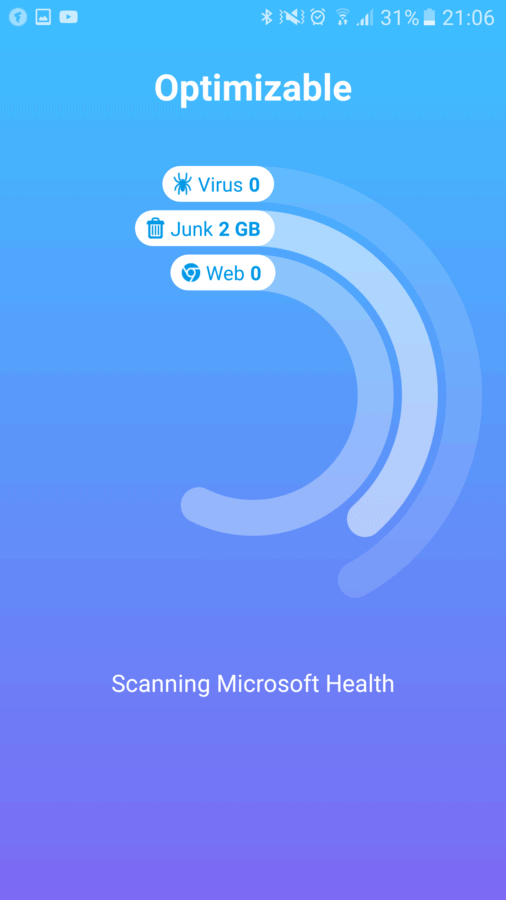 After this Deep Scan, I could take a look at some of the results from my device, and despite some listing about "Grayware", a term that even I'm not familiar with, Trustlook didn't seem to find anything too horrifying on my device, so I guess that puts me in the clear? 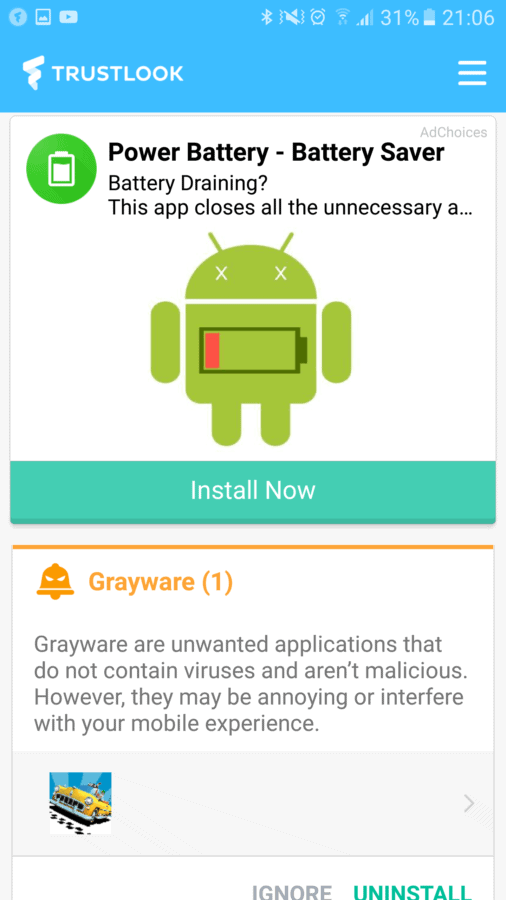 Users that install their apps from the Google Play Store are probably in very little risk from the apps installed on their device, but Trustlook continues to run in the background protecting users, and it's a great way of keeping people up-to-speed with their current situation regarding their security. Trustlook has a number of important ways, beyond scanning apps, to keep people safe on Android, namely the ability to scan nearby WiFi networks to see if they're safe or not. 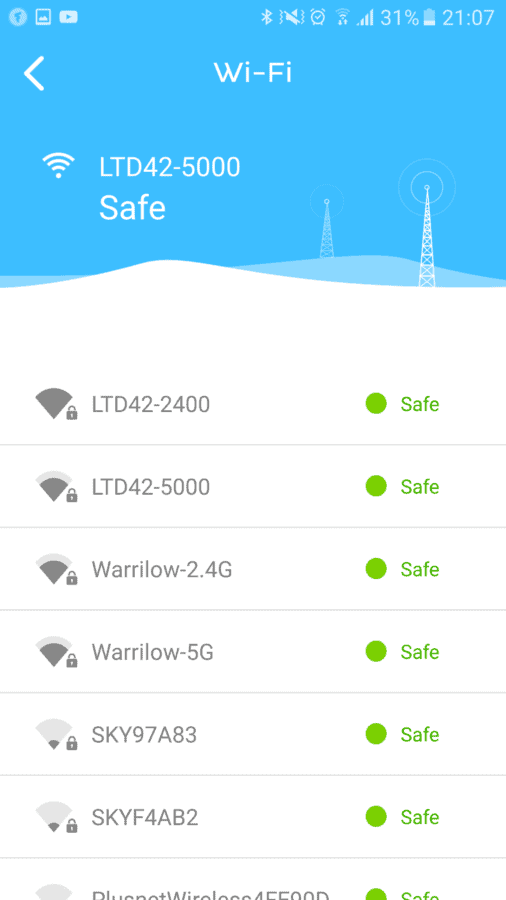 This is actually a pretty great feature, as there are countless accounts of people using free WiFi to go about the business they'd do while at home or work, despite the free WiFi not having any security whatsoever, so it's great to see a simple and easily-understood feature like this in an app as well-known as Trustlook. Something that people all over the world like to do is to pay for things online, and Trustlook helps here as well, by making sure that the apps you're looking to pay with are of course safe and secure. This is the sort of feature that can prevent elderly or less-informed users giving a fake PayPal app all of their precious details for instance. 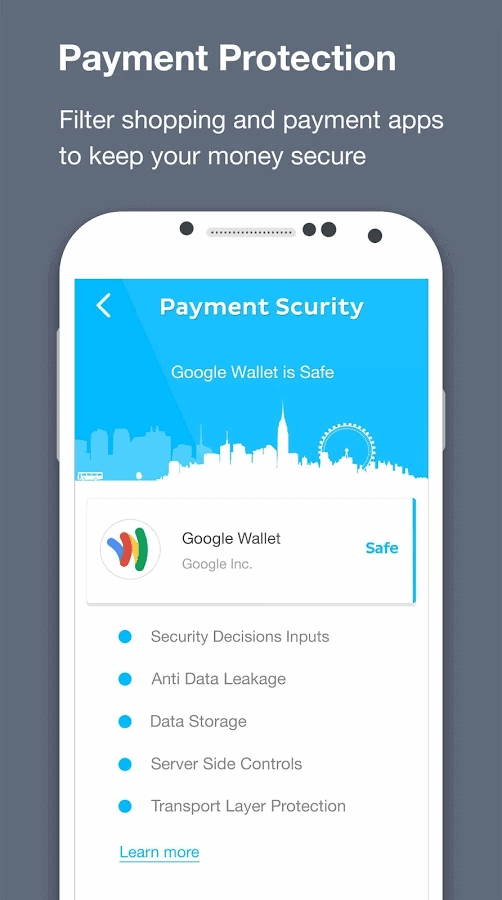 having your device secured is one thing, but many of us rely on services that put much of our data and information in the cloud, and thankfully, Trustlook has a solution for this, too. To make the most of this feature, users will need to log in with some sort of account of course, but that seems pretty straightforward, really. 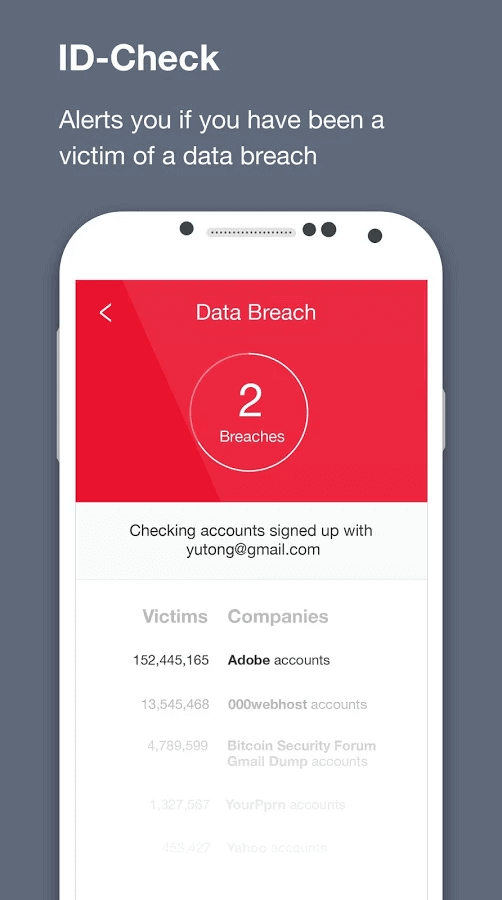 How this feature works is by checking numerous databases and such that Trustlook has compiled to make sure your email address hasn't been included in any known data breaches and such. It's a great feature, and one that's going only going to become more useful in the future. The one thing that Trustlook can't help with, is making sure you don't break or leave your phone behind, but it can however, help limit the damage when, or if, this happens. There's a great backup and restore feature, which uses a secure cloud platform, that stores all of your information. 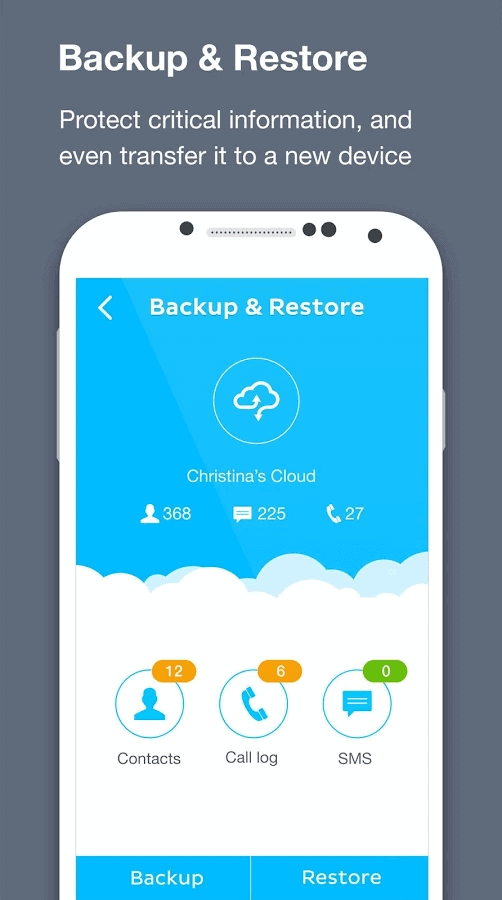 And, should you unfortunately lose your device and want to get it back, Trustlook can help locate it and, if you know you won't be able to get it back into your hands safely, ensure that all of the data on your device is of no use to those that end up getting their hands on it. 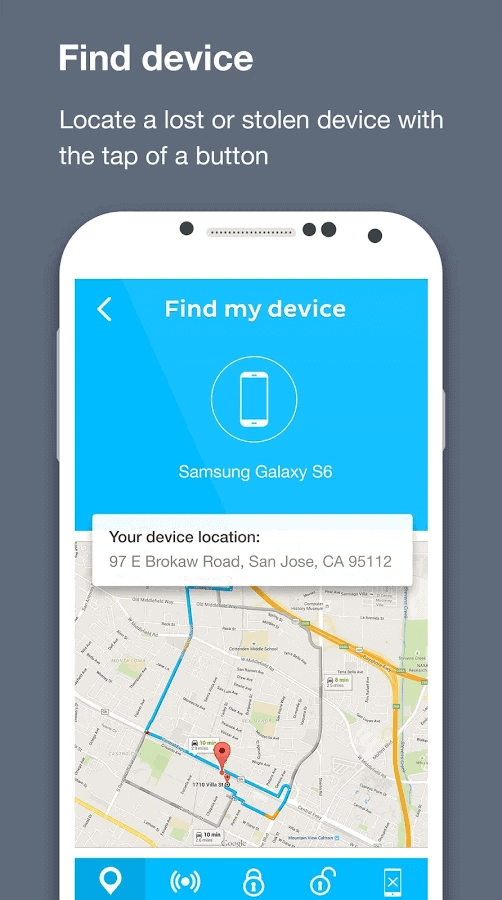 Aside from keeping you safe, Trustlook can also keep your device running smoothly, and help you clean up your act as well. This can be done through a number of different features, including the app manager, that makes it easy to see your apps and uninstall more than one at a time. 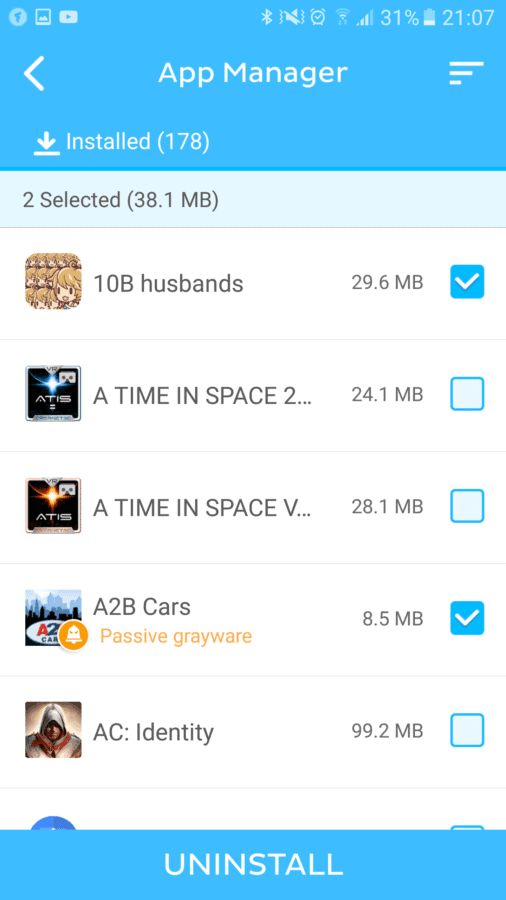 Trustlook will also periodically remind you to clean your device, by cleaning out your cache as well as closing running apps, too. There also some great topical tips on how to stay safe during new fads and such, like the recent Pokemon GO craze. 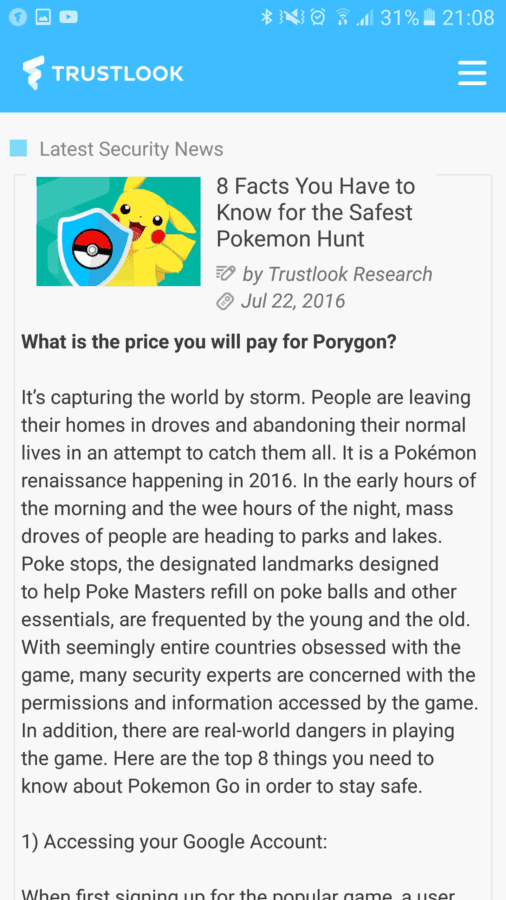 Trustlook has been around for a long time now, and it's not hard to see why so many people out there trust it to keep their device as well as their information safe from prying eyes. It's packed full of different features, and while many might not feel the full benefit of the boost feature, they are nice to see as well. Where Trustlook really shines however, is in making these security features accessible for those out there that might not know much about Android at all. After all, how many users will think that the WiFi at their coffee shop isn't safe? Trustlook takes all of the "what ifs?" and such out of the equation and just makes sure that people are kept safe. It all runs smoothly, all the different features offer users a lot of value – especially given the zero-dollar price tag – and it's just a great app to have installed when trying to stay safe online and off.

Overall, Trustlook has a lot going for it and it shows even with just a little bit of use. It looks great, has a lot of very useful features available, and it doesn't ever ask too much of the user, it's free after all! With great features like the secure WiFi test and the payment protection features, alongside the backups and lost device locator, Trustlook ticks the majority of the right boxes, and it does so without ever asking for a single penny.