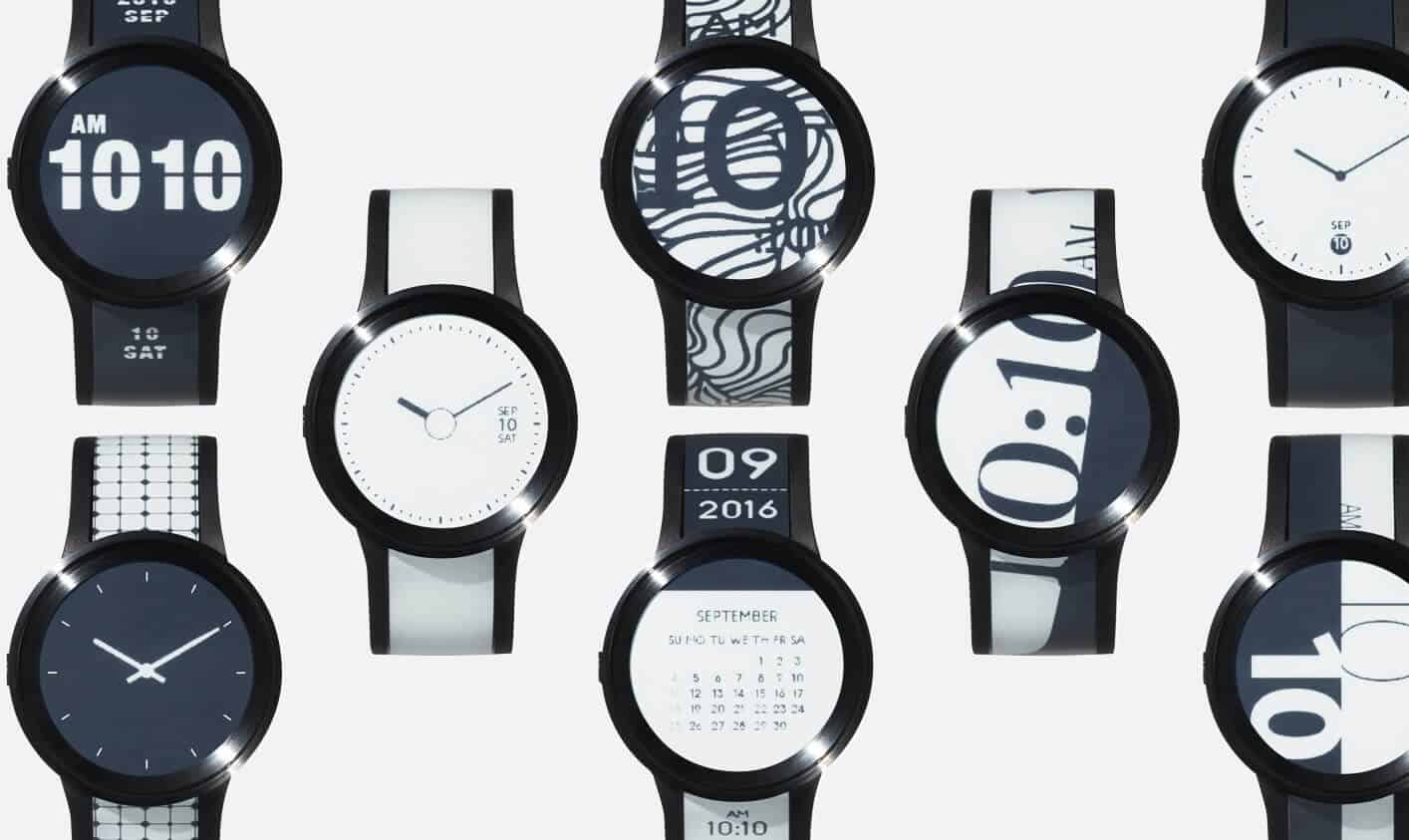 Sony uses a premium Sapphire Glass for the watch face on the black model which is paired with the steel body case, while the white and silver models use a mineral glass, also paired with the steel body case. The black model is also the only one which is treated with ion plating which Sony mentions is to help with scratch resistance. The band itself also utilizes a silicone material that surrounds the edges of the e-ink display to help protect it, and all three models of the watch are waterproof with an IPX5/IPX7 rating.

Sony states that the watch is capable of lasting up to three weeks on a single charge which is considerably longer than most smartwatches you'll find on the market, and this is due to the nature of the e-ink display as opposed to using an LCD or AMOLED display. Charge time is about 2.5 hours, which seems about standard, and it charges wirelessly when docked on the included cradle. The FES Watch U is being touted as a digital fashion watch, and at the press of a button while using the companion app the wearer can easily switch between a myriad of different designs for both the band and the watch face, easily changing their style to meet their personal tastes. The FES Watch U will be able to keep 24 different designs on board for easy switching, and about half of that will come with the watch when and if it launches and ships out to customers. Other designs should be available to buy through the store option within the app and users should have the option to try them before they make the purchase to make sure they like the way the design looks. It's worth noting, however, that Sony has not mentioned any sort of release time frame for additional band and watch face designs, nor what the cost will be to buy designs when available. At the moment the FES Watch U will likely be a Japan-only release, with the possibility of a launch in other regions depending on how successful the crowdfunding campaign for the watch is. As far as the cost of the FES Watch U, there is no price listed as of yet, but the original FES Watch was set at 29,700 Yen when it launched last Fall so it's possible the FES Watch U will be around the same price.