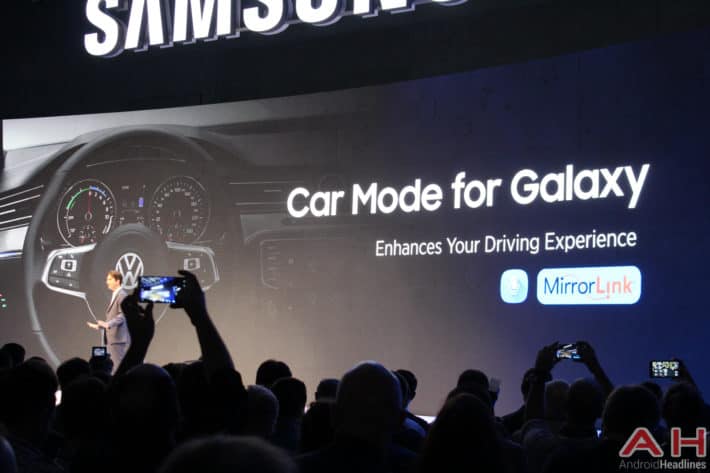 In the past few years, the automotive and tech markets have been rapidly approaching convergence, or at least a large overlap. Android Auto is making a huge dent in the in-car connected devices market, and self-driving cars are well on their way, with everybody from Google to Apple and even Baidu making strides in the field. Even outside of the automotive products market, ensuring that your product, like a speaker or smartphone, works well in the car is absolutely crucial in most markets. If you've been following tech news and somehow are still not convinced that automotive and tech are hand-in-hand industries, Samsung Senior Researcher Kim Do-kyun has a few words about the company's stance in the automotive industry that may make things a bit more clear.

At the recent Mobile & IoT Forum in Seoul, South Korea, Do-kyun said that the automotive business is significant for Samsung because of the "vast array" of electronic products that the average vehicle, let alone a smart or self-driving car, contains. According to Do-kyun, the demand for DRAM in vehicles will be catching up with that of smartphones fairly soon, as smart car systems with built-in operating systems and capabilities similar to those of smartphones become more commonplace. This talk comes on the heels of Samsung making big moves in that direction, including getting into talks with Fiat Chrysler to obtain their stake in auto parts manufacturer Magneti Marelli, investing $461 million into BYD, and putting together a dedicated team to manufacture electronic components for automobiles.

Do-kyun also said that self-driving cars are set to be a "game changer", and that they will increase the demand for the sort of parts that Samsung would usually put into a smartphone or computer, such as DRAM, processors, and NAND chips. The company also sees some dollar signs in the area of infotainment, in both consoles for human-driven cars and systems to help passengers in self-driving cars to pass the time as the autonomous automobiles get them to wherever they need to go. Last year's data indicated that the automotive electronics sector was worth about $10.6 billion, a figure set to only go up from here.