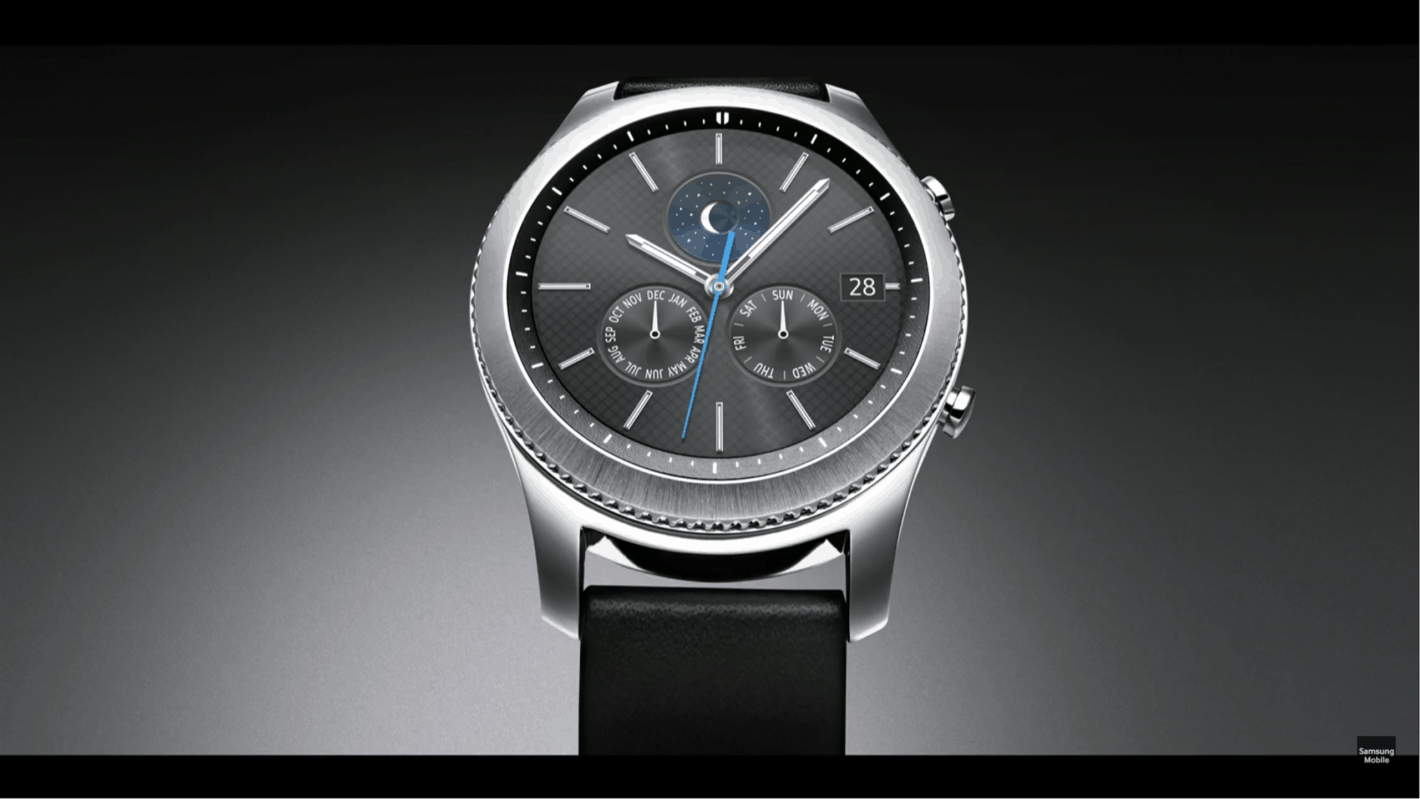 Samsung's big reveal at IFA was the official announcement of the Gear S3 smartwatch, and while there were no prices or availability details listed during the announcement, Samsung has now confirmed the price and availability for their follow-up to last year's Gear S2. The Gear S3 Classic model, which will be the option that comes with a leather strap and a slightly more minimalist look, will be available starting in October for the price of $299. Unfortunately, Samsung has not yet listed any exact dates in October or mentioned where consumers will be able to grab the watch. Having said that, chances are it will be available from major retailers like Best Buy and Amazon, as well as through various major wireless carriers.

Since the Frontier is an LTE-equipped model of the Samsung Gear S3, it will likely end up costing consumers more money than the Gear S3 Classic, so those interested may want to be prepared to spend a little more. The Samsung Gear S3 will come powered by a 1GHz dual-core processor which is paired with 768MB of RAM, and it features an always-on 1.3-inch Super AMOLED display which is protected by Corning's recently announced Gorilla Glass SR+ that's meant exclusively for wearables. Both models will feature multiple sensors like the heart rate sensor, barometer and more, as well as NFC for use with Samsung Pay and 4GB of internal storage for keeping music and apps stored on the watch. Both the Classic and Frontier models will allow for swapping out the straps with any industry standard 22mm strap, allowing for nearly limitless customization possibilities. For more details you can check out the full specs.