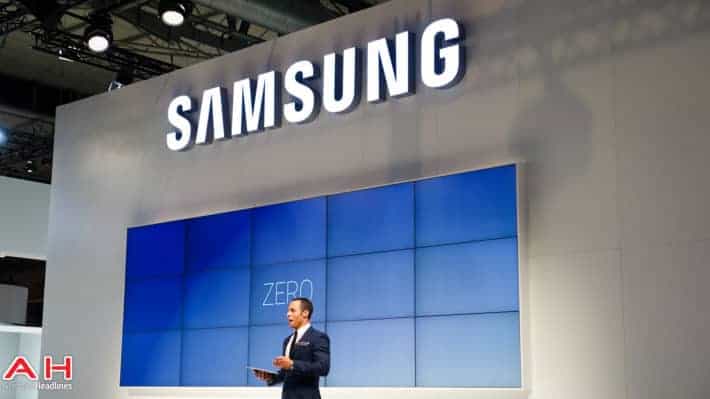 IFA is the big trade show that starts the holiday season. The majority of smartphones, smartwatches, tablets and other tech that are new and on the shelves by the time the holiday season starts, are all announced at IFA. Which takes place in Berlin, Germany every September. This used to be where Samsung would announce the next Galaxy Note smartphone, but starting last year they announced it prior to the trade show – and have done the same thing this year with the Galaxy Note 7. As with any trade show, all of the press conferences actually take place before the show gets started. We’ve already seen invitations for Sony, Huawei, Acer and a few others who are holding events in Berlin. Now it’s Samsung’s turn.

On September 1st, Samsung will be holding their press conference from 11:00AM to 12:00PM CEST (that’s 5AM EST and 2AM PST for those of you in the US). It’s a pretty short conference, so there’s likely not much to be announced here. However the invite does indeed showcase a watch, leading many to believe that they will be announcing the new Gear S3 at the event. Last year, Samsung did announce the Gear S2 at IFA – after teasing it at the Galaxy Note 5/Galaxy S6 Edge+ event in August. So it’s not totally a surprise to see the Gear S3 make its debut in Berlin. On top of that, the rumor mill has been quite busy as of late with rumors on what Samsung might have up their sleeve with the Gear S3.

The Gear S2 was one of the best smartwatches from 2015. Samsung also opened up the Gear S2 to work with any Android device, instead of keeping it locked down to just Samsung smartphones and tablets. It still ran Tizen, over Android Wear, and we expect the same to be the case with the Gear S3. Of course, we’ll know plenty more after the device is announced on September 1st in Berlin. Samsung may have a few other surprises in store for us as well, so be on the look out for their event. There’s no word on whether they will be streaming it live, but they likely will. 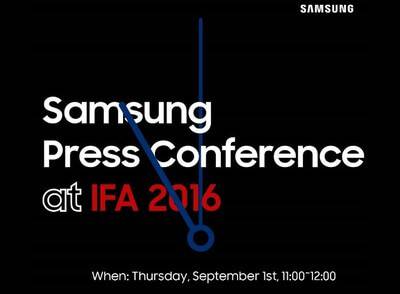