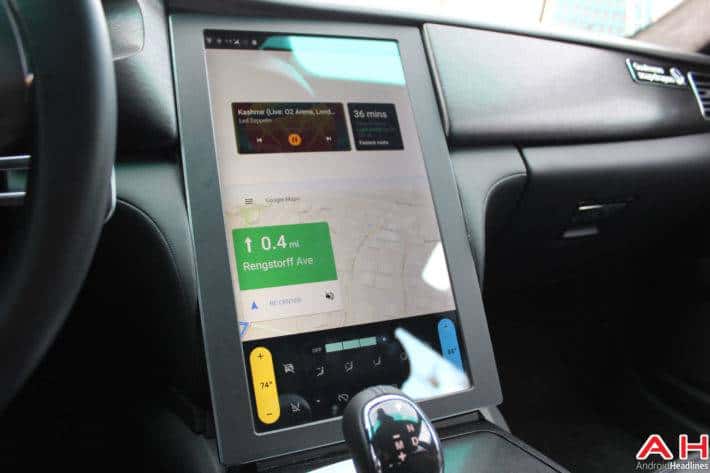 Samsung Electronics is a very large conglomerate and the company is building more than smartphones and tablets. Samsung is also invested in home appliances and home entertainment systems, and the company is becoming increasingly active in the automotive market as well. Not long ago Samsung bought a stake in Chinese electric car company BYD, and even more recently Samsung has shown an interest in becoming an auto parts supplier, and is presumably working on acquiring Fiat's auto parts division Magneti Marelli. Judging by recent data it looks like Samsung's efforts are starting to pay off, and according to research firm IP Watchdogs who has gathered data from the US patent landscape, Samsung Electronics is now the number one car infotainment system / component supplier among its peers, owning 3.9% of all the infotainment-related patents registered in the United States. The company tied with Intel Corporation and surpassed Alphabet (Google's parent company) who holds 3.2% of car-infotainment patents. However, once all carmakers are added in the equation, Samsung Electronics drops to the 8th spot, falling short of General Motors Company who holds the lion's share or 21.4% of infotainment-related patents in the United States, and Porsche Automobil Holding SE with 12.3%. The third place goes to Ford Motor Company with 9.1% of patents, and is followed by Airbiquity Inc, Harmal International Industries, Honda Motor Co., Ltd. And Robert Bosch GmbH.

Car infotainment systems seem to be getting smarter, more powerful, and even larger with each new generation, and some car manufacturers – including Tesla – have replaced conventional knobs with touchscreen controls entirely. This will lead to higher demand for smart infotainment systems, and in turn this should technically give consumer electronics companies including Samsung Electronics more room to grow in the coming years. 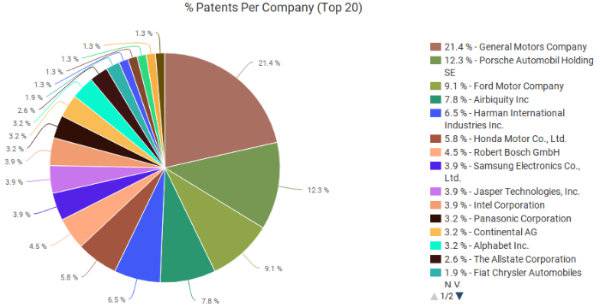